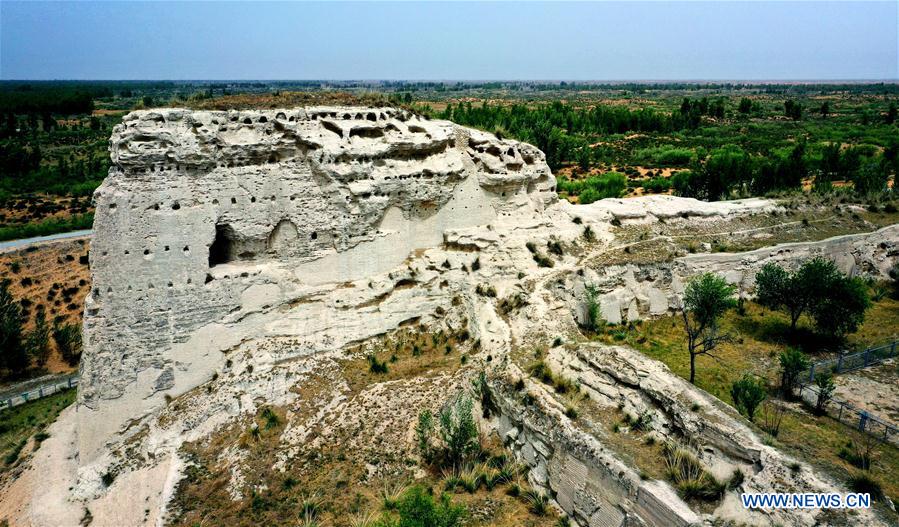 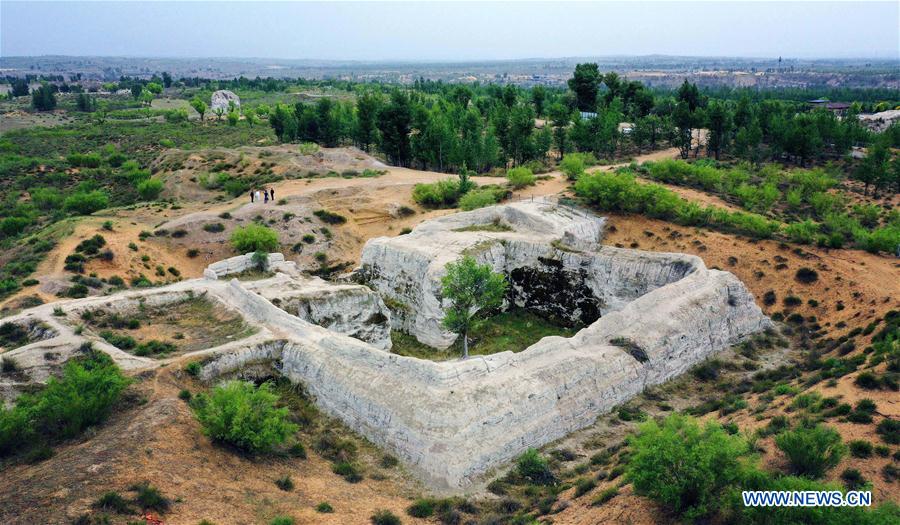 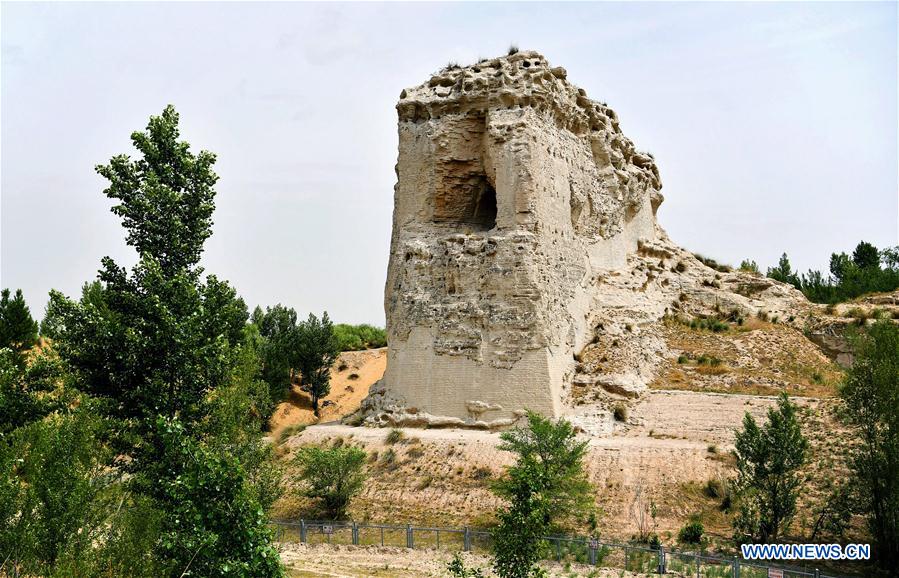 Photo taken on May 30 shows a view of Tongwancheng city ruins in Jingbian County, northwest China's Shaanxi Province. Shaanxi's Tongwancheng Town is the world's only ruins of the ancient Huns, also called the Xiongnu, an ancient Chinese nomadic tribe. The 1,600-year-old town is located in Jingbian County, some 500 kilometers away from the provincial capital Xi'an. It was one of the most complete and grand capitals ever built by a minority ethnic group in Chinese history. The city used to suffer from severe soil erosion and desertification, but after great efforts on desertification control, it has started to turn into a green historical site. (Xinhua/Liu Xiao) 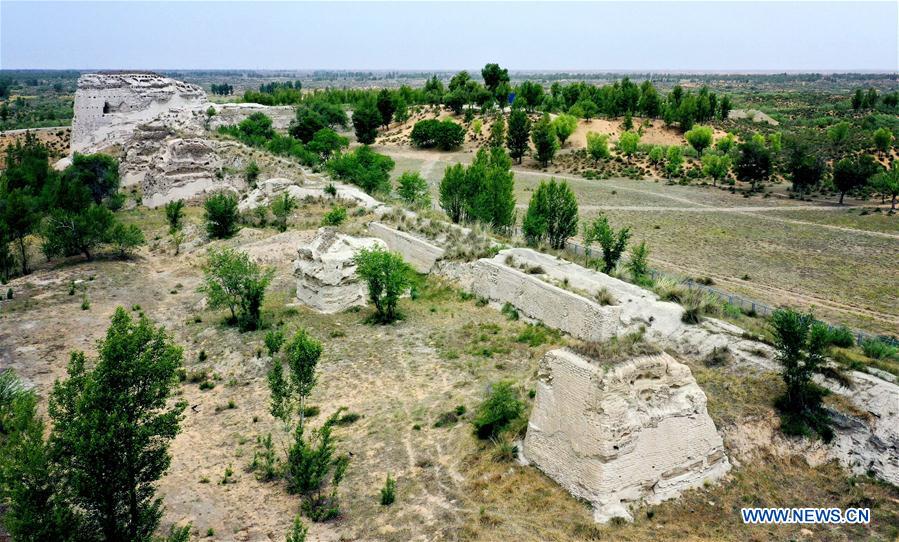 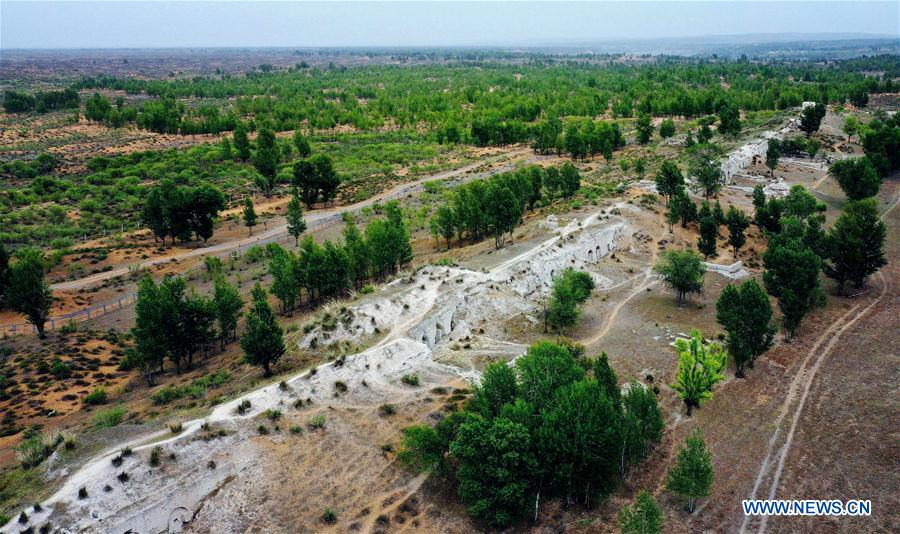 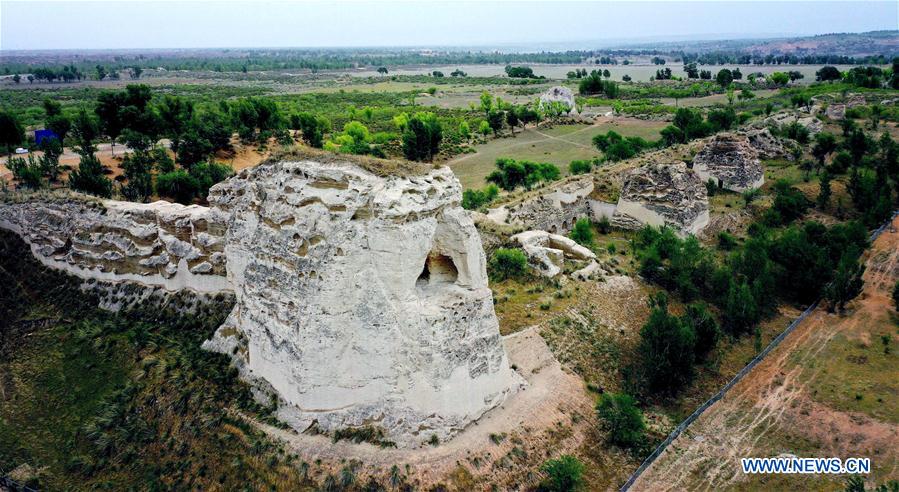 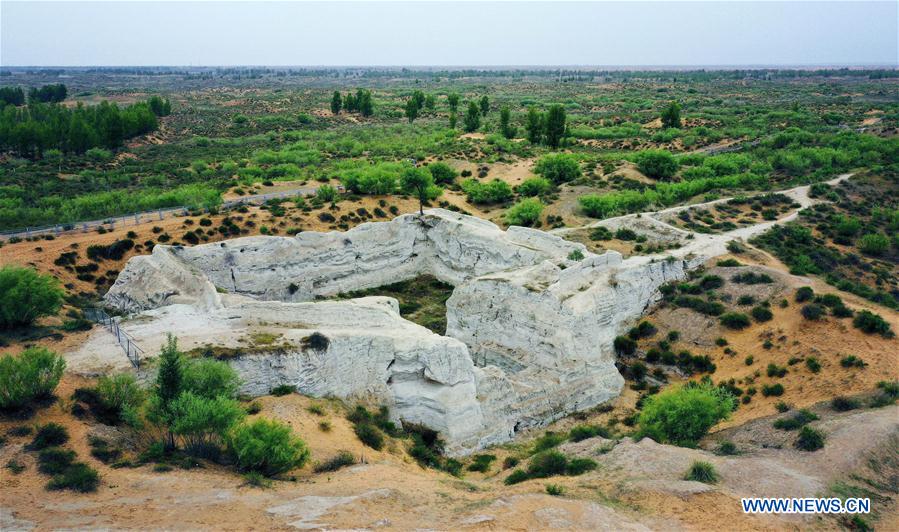 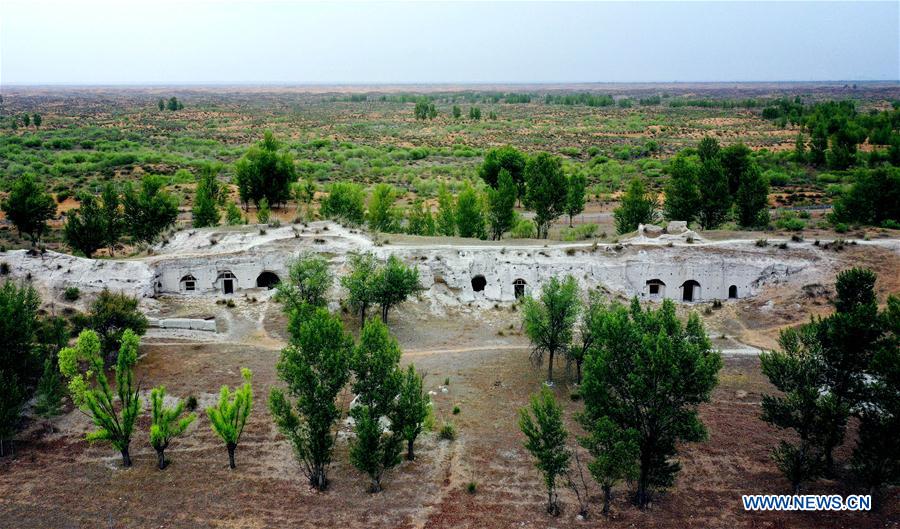 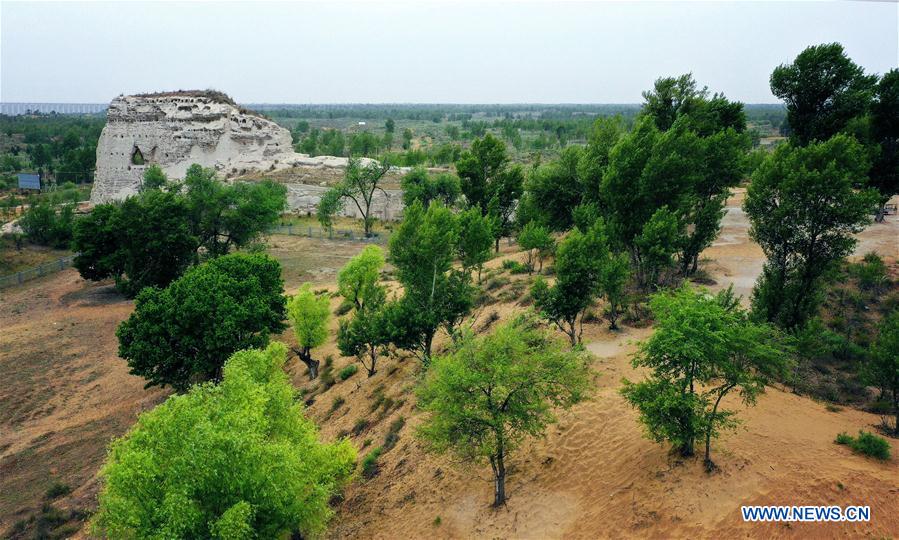