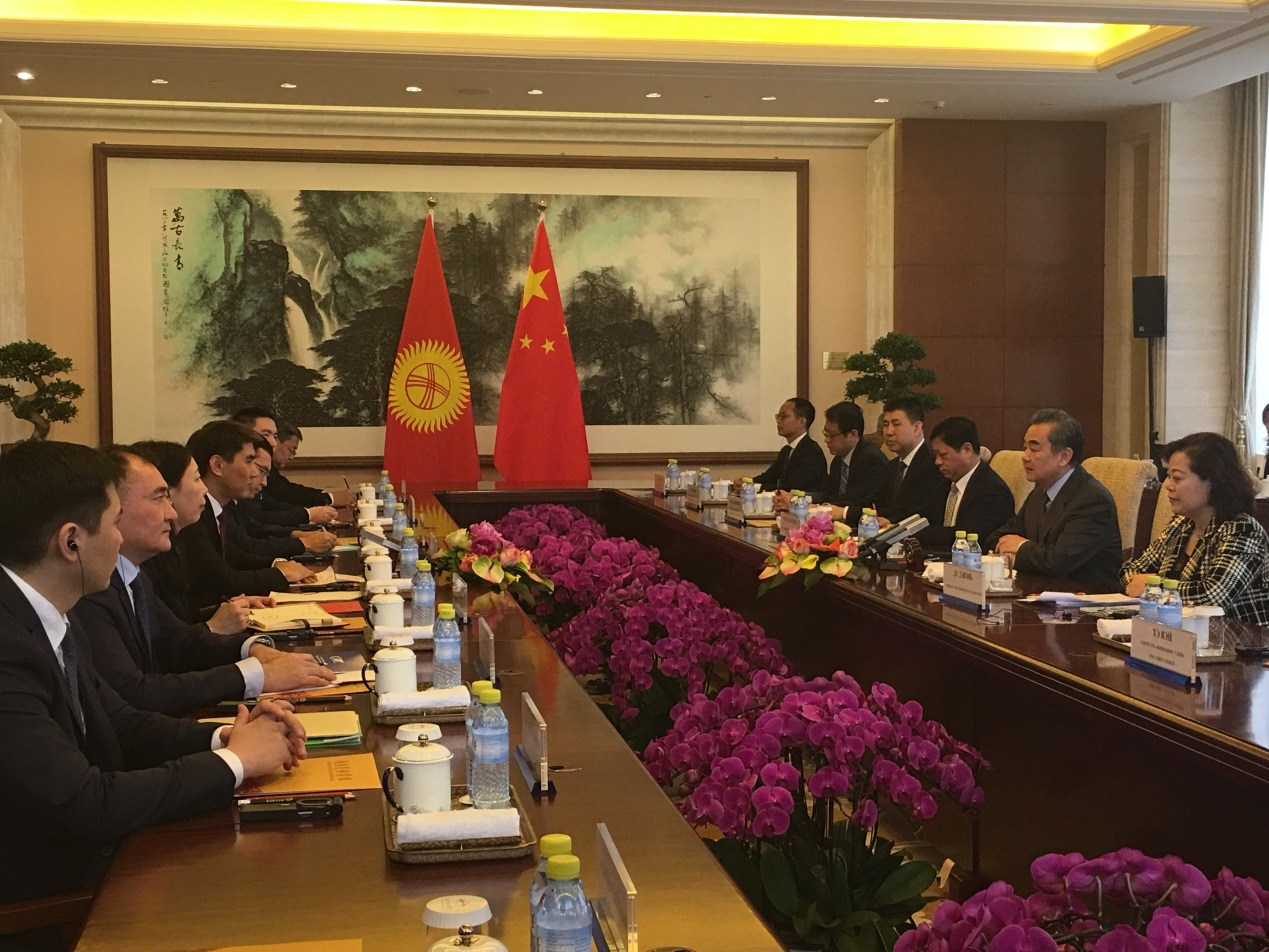 Chinese State Councilor and Foreign Minister Wang Yi on Thursday said the Shanghai Cooperation Organization (SCO) should make its voice stronger on international and regional issues, upholding multilateralism and safeguarding international fairness and justice to build a new type of international relations and a community of a shared future for mankind.

Wang made the remarks during a joint press conference with visiting Kyrgyz Foreign Minister Chingiz Aidarbekov in Beijing.

Through good preparations from Kyrgyzstan, which holds the rotating presidency of the SCO, and through efforts from all parties, the Bishkek Summit this June will be successful and open a new chapter for the SCO, Wang noted.

Aidarbekov reiterated that Kyrgyzstan firmly adheres to the one-China policy, and has been and will continue to be a reliable neighbor, partner, and friend of China.

Prior to the press, the two sides exchanged views on bilateral relations, cooperation under the Belt and Road Initiative (BRI), the SCO and other issues of mutual interest.

Wang told Aidarbekov that over the past 27 years since the establishment of diplomatic ties, China-Kyrgyzstan relations have been developing at a sound momentum. He noted that it is a landmark event in the history of bilateral ties that China and Kyrgyzstan established a comprehensive strategic partnership last year.

Noting that Kyrgyzstan is one of the first countries to support and participate in the BRI and its related projects, Wang said China welcomes Kyrgyz President Sooronbay Jeenbekov to attend the second Belt and Road Forum for International Cooperation in April this year.

Wang also stressed the importance of improving security cooperation to fight the "three evil forces," namely terrorism, extremism and separatism, as well as organized crime across borders. He added that the two sides will expand people-to-people exchanges to boost neighborly friendship.

Aidarbekov said Kyrgyzstan is willing to maintain high-level exchanges with China to boost cooperation in the areas of economy and trade, inter-connectivity and industrial capacity.