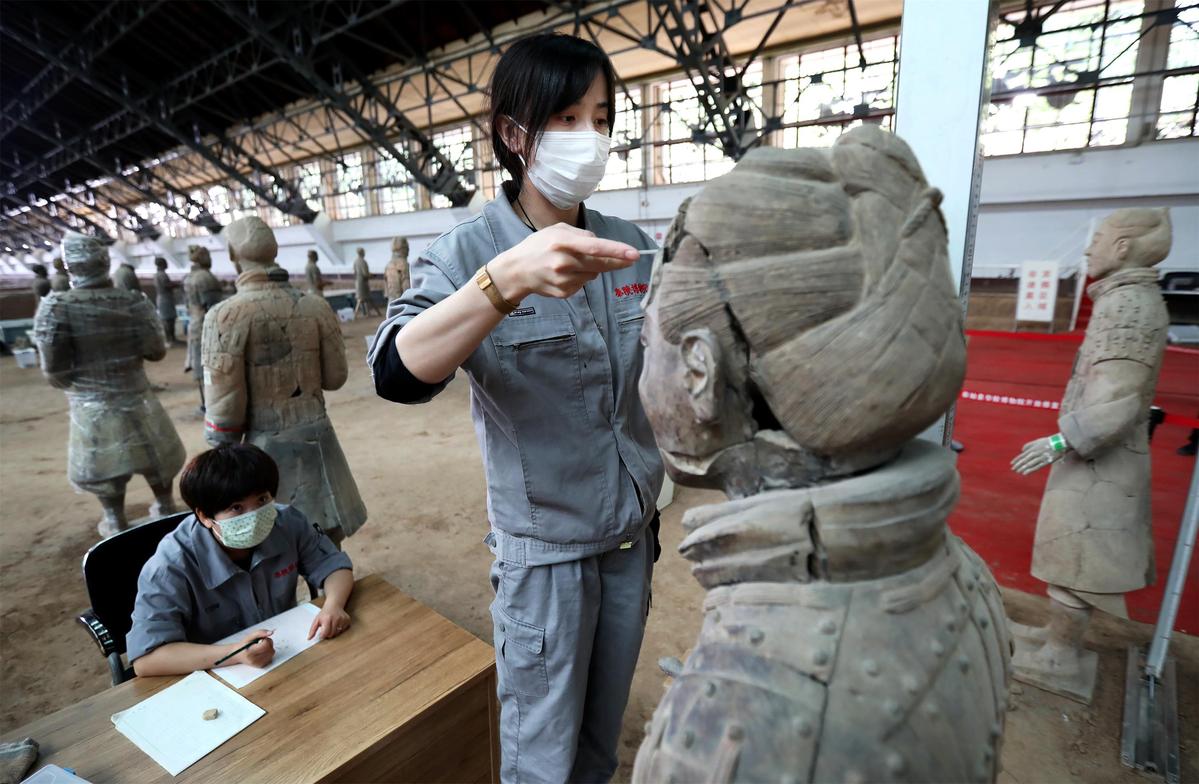 XI'AN -- A WeChat mini-program has been launched to present more details of the iconic Terracotta Warriors at the Emperor Qinshihuang's Mausoleum Site Museum in Northwest China's Shaanxi province.

Co-developed by the museum and Hylink Digital Solutions Co Ltd, the mini-program shows the images of generals and warriors in more details, as well as analysis of the colored drawings of the warriors and historical knowledge.

Discovered in 1974, the army of Terracotta Warriors was built by Emperor Qinshihuang of the Qin Dynasty (221 BC-207 BC), who unified China for the first time.

In recent years, the museum has used various technologies to display the Terracotta Warriors to the public in innovative ways including online exhibitions and livestreaming sessions.

"People today can feel the lives and emotions of the people in the Qin Dynasty with the help of technology," said Li Gang, curator of the museum.