Wei, the World: Make BRICS not just a cute acronym, but real solution 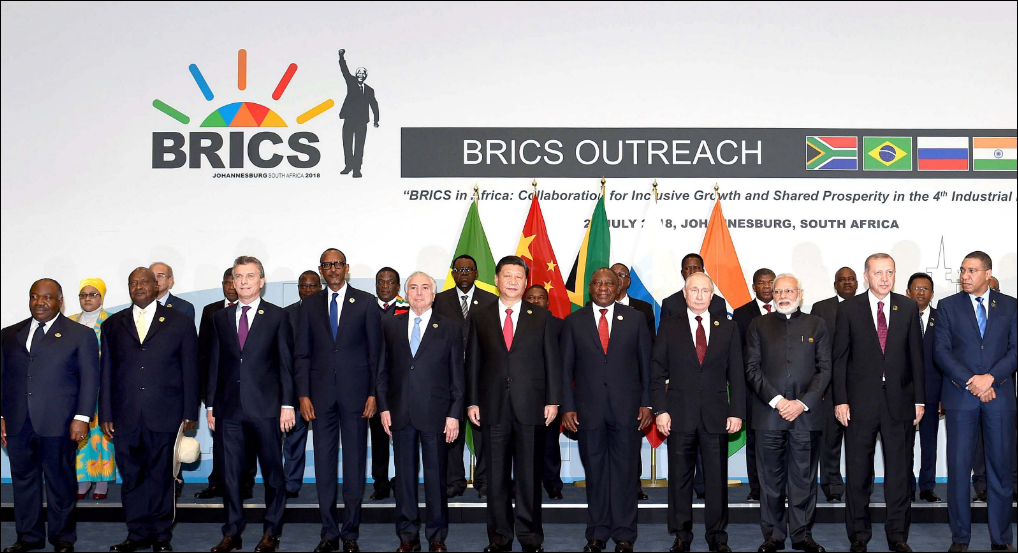 There are a lot of things happening, ranging from the trade war on the surface to an ultimate divergence of ideas about what global governance is all about. Will it go whichever direction the US desires, or try to build a better place where more voices could have more equal say? "America first" or common interests first?

Leaders at the latest BRICS summit have apparently given these some thought. If you see the phrasing of their joint declaration, it looked something like this:

“We express concern at the spill-over effects of macro-economic policy measures in some major advanced economies...” or “We recognize the multilateral trading system is facing unprecedented challenges. We underscore the importance of an open world economy…”

But words only become powerful when translated into actions. BRICS has done some of that. It established the New Development Bank. The bank spent 3.4 billion US dollars on member countries by the end of 2017. It has also created its Contingency Reserve Arrangement aiming to help economies in the bloc in case of emergency.

Member countries have also raised initiatives, such as the BRI, or the well-known Belt and Road Initiative, to increase connectivity through infrastructure.

They have also worked together and individually to exert more impact onto the world stage, as they’ve become the backbone of the SCO, the G20, and other international and regional platforms. Above all, despite the skepticism that their grouping might just be a cute acronym, they have been bound together for the past 10 years and are now on their way to embark on a new journey.

But time is precious when the trade wars have worsened and the division mentality has gone deeper. Japan and Europe also took action in signing a landmark deal that will eliminate nearly all tariffs on products they made.

Recently, the US and the EU also tried to come up with something, with the EU committed to buying more soybeans and LNG from the US, and the US apparently agreed not to levy punitive tariffs on steel and aluminum from Europe, and begin talks on zero tariffs, zero subsidies and zero barriers. Though many around the world believe the whole thing was merely a kiss from Juncker to Trump and a rosy press release.

Of course, the BRICS countries want to do something more important than that. But then they would have to begin to think deeper and work harder. For example, when trade wars are going on between some BRICS economies and the US, what about trade among themselves? How about putting more efforts into the Belt and Road Initiative, and how about a united stance on crucial issues on the international stage?

Well, things are complicated. They have always been, and they will always be, we all know that. But, at this critical juncture, it is very important to prioritize in order to survive and thrive, hopefully, together.