As the fight against Coronavirus revs up, the united Chinese nation continues to support its governmen’ts effective initiatives, which ultimately will bring positive results as early as this week in record time, with a project of a 1000-bed hospital completed in just 10 days. Similarly, the government decision to restrict unnecessary traveling is also applauded in the fight against the coronavirus. Looking from a distance as a media researcher and professional, I am touched with reading, hearing and watching the stories of Chinese people, the foreigners that they claim to be very satisfied with the government steps to contain virus spread. 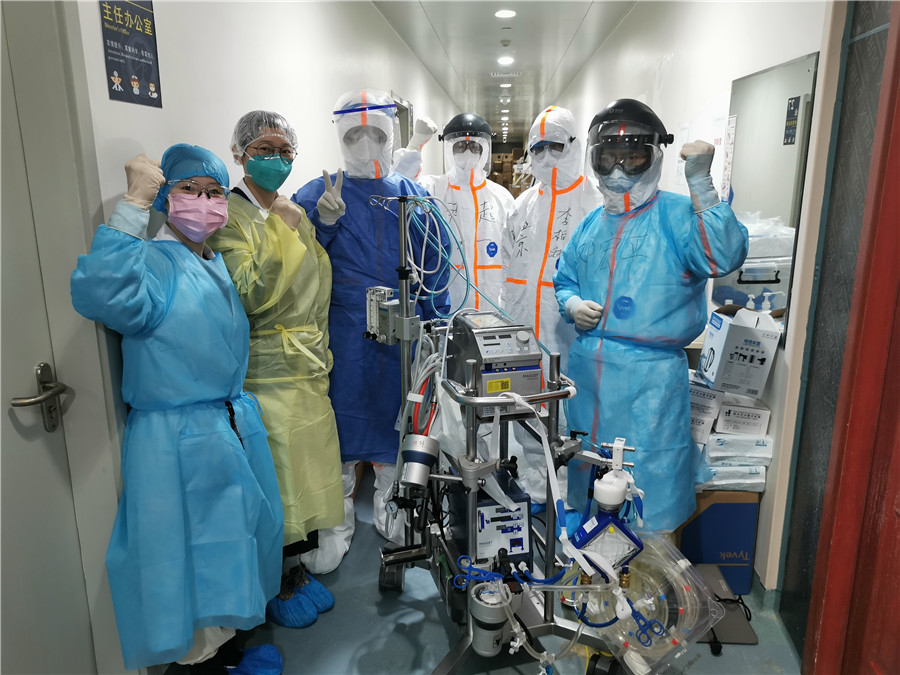 Although I am looking at this crisis from far away, many like me are also elsewhere looking at the situation,n but unfortunately, reports presented in Western media outlets are somehow showing a negative angle of the ongoing Chinese fight against the epidemic. Many countries have joined hands with the Chinese government in their struggle against this so far untreatable outbreak, such as Turkey, Pakistan, Australia, Russia, and other countries. But the USA and Britain seem to be taking advantage of this unprecedented situation. They are using the media as a tool to show negative news related to China and their current struggle, thus turning the calamity to political point-scoring.

The Western media, as well as social media, make fun of the Chinese food culture which, like any other cuisine, has a culinary distinctiveness. Such as that at some diners, there is an unorthodox dishes with recipes that include certain animals and plants, and in many cases are based on the delusion that exotic creatures have nourishing and medicinal qualities. But like any other country, such culinary traditions are discouraged in China, and furthermore, the trading of endangered wildlife is a criminal offense. Though, the West ignored this fact, and started spreading misinformation about the crisis. As, they termed this epidemic to be caused by bat soup, seafood and many more, while, they didn’t stopped with this, they further continued to suggested in a racist way that Chinese people somehow eat ‘disgusting’ foods and meals. This linkage of the epidemic to such a narration shows that the West is consciously spreading misinformation to further worsen the crisis, while they ignore the persistent struggle of the Chinese government and the Chinese people in this fight against the coronavirus. The West continues to ignore the positive steps and adopts a narrated version to show a bad image of China, as the media spread video footage of a Chinese woman holding a bat with her chopsticks over a soup bowl which later was reported to be a clip from a travel promotional video filmed on the Pacific island of Palau, where bat stew is a local traditional delicacy.

However, this is not the only clip that is used for a political agenda, and many other clips are spread online and even on mainstream media which display a negative picture with racists goals. Such discriminatory acts in a time of crisis is against morality and humanity at large, and should be immediately condemned and stopped. Such negative descriptions shows the insanity of Western views of  other cultures, in this time of need as the Chinese government continue to fight the coronavirus at full pace for the sake of not just Chinese nation, but humanity as a whole. Its effective measures show that it wants to contain the virus spread but unfortunately, countries like the USA, Japan and others, started evacuation of their citizens which raised the risk of further virus spread.

However, China is providing the best medical care to any patient with coronavirus symptoms. The government remains alert and all the people inside China’s borders are constantly kept under the health monitoring mechanism. Any person who leaves building, upon arrival back to the building is checked with the health monitoring mechanism, while food supplies and preventive aids are provided to all across China. Doctors, scientists, and experts are constantly working to come up with vaccine and soon they will find cure, and till then the fight against coronavirus will continue. Other nations must join hands with Chinese government, as this is not just the fight of China but is the fight of us all.

Pakistan has applauded and firmly supports China’s efforts to combat the epidemic. Prime Minister Imran Khan has also shown courage to mobilize all the country’s medical supplies and reserves to assist China, and will firmly stand alongside the brotherly Chinese nation in its time of need. Pakistan has shown the world that “a friend indeed is a friend in need.” Pakistan firmly stands with China at this critical moment of an epidemic outbreak. Pakistan has supplied medical equipment to China to support their fight against the coronavirus.

Similarly, other countries and nations need to come forward in combating this crisis. Sense and partnership are essential for humanity to prevail and thus with cooperation and support, the epidemic’s outbreak can be defeated easily. Also, the West should show sense and avoid spreading misinformation and negative propaganda against China, all it needs to do is open its eyes towards the effective measures taken by the Chinese government in this fight against the coronavirus.