BRI NEWS West Europe should shake off their concerns with China

West Europe should shake off their concerns with China 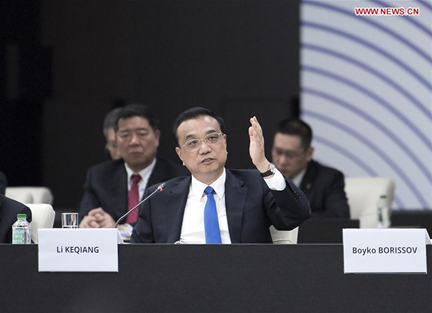 Cooperation between China and Europe continues to move forward. As it has been done since 2012, the last week saw the celebration of the 7th edition of the '16 plus 1' conference. The meeting counted with the presence of highlighted leaders from China and sixteen Central and Eastern European (CEE) countries. The chosen scenario for the dialogue was Sofia, a city that has not been visited by a Chinese Premier for 18 years.

During the meeting, Premier Li Keqiang put forward proposals to draw up a blueprint for cooperation, calling for deepening open and pragmatic cooperation between China and the CEE countries to promote common prosperity and development.

Nonetheless, Western Europe doesn’t completely share their partners’ vision. There is a widespread nuanced perception of China, which continues feeding their suspicion and mistrust.

Europe, as the final destination of two out six corridors of the Belt and Road Initiative, is an important asset to China. It represents a market of 500 million consumers making the 16 plus 1 meeting firmly linked to the BRI. Yet the success of further opening up trade routes into Europe, Chinese infrastructure projects in the region, and the entirety of the 16 plus 1 Initiative are threatened by Brussels’s reticence with Chinese involvement in the continent.

Western Europe has political, economic and security concerns. It worries that 16 plus 1 and BRI will be able to undermine the already increasingly fragile unity. Economically, the penetration of China into their market could affect Europe’s long-term strategic independence. They are also preoccupied with the issues of reciprocity and access to the Chinese market for European companies.

Certainly, the Chinese government has been implanting a praiseworthy task by reforming, developing and opening up the socialist market economy, especially since entry into WTO in 2001. But, in a permanently changing world, the job is never fully done. There is always something else that could be improved.

From the perspective of security, BRI could affect the European maritime energy route that goes along the Indo-Pacific oceans. The route represents the main gateway for European exports to reach the Asia-Pacific markets and for energy resources from the Middle East to reach Europe. With 90 percent of European exports to Asia transiting through sea lanes in the Indian and Pacific Oceans, stability in the region and unhindered Sea Lines of Communication are of primary importance to Europe.

In spite of Brussels’ concerns, it is fair to say that the BRI represents opportunities for Europe. The past few years, the EU has been self-immersed in its domestic issues such as Brexit, the rise of right-wing populism, the refugee crisis, and the Eurozone sovereignty debt crisis. Consequently, state members have started to think inwardly and less about the European integrity project. 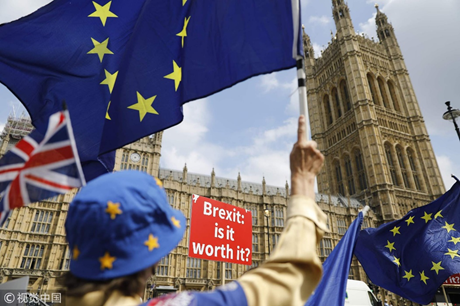 Anti-Brexit protesters demonstrate with placards and EU flags against Britain's exit from the European Union outside the Houses of Parliament in London on July 4, 2018. (Photo: CGTN)

In this context, China through the BRI brings to Europe a solid partner, which will always follow common international rules, including the WTO regulations, and the relevant EU legal and regulatory framework.

Now more than ever, with the trade disputes between China and the US in the global background, China and the EU can together safeguard economic globalization and free trade, maintain a rules-based multilateral trading system, oppose unilateralism and protectionism, and promote trade and investment liberalization and facilitation.

It is a fact that China has a growing global influence. But that should not scare the EU member states. On the contrary, pursuing a better, more open and pragmatic cooperation, and people-to-people exchanges between them can help the EU’s project of integration.

China must embrace Europe’s need for unity by respecting the other’s core interests and major concerns as well as seeking positive synergies between both projects, China-proposed BRI and the EU. Then, it will definitely be a ‘win-win’ situation.