BRI NEWS What can we expect from the SCO summit in Qingdao?

What can we expect from the SCO summit in Qingdao? 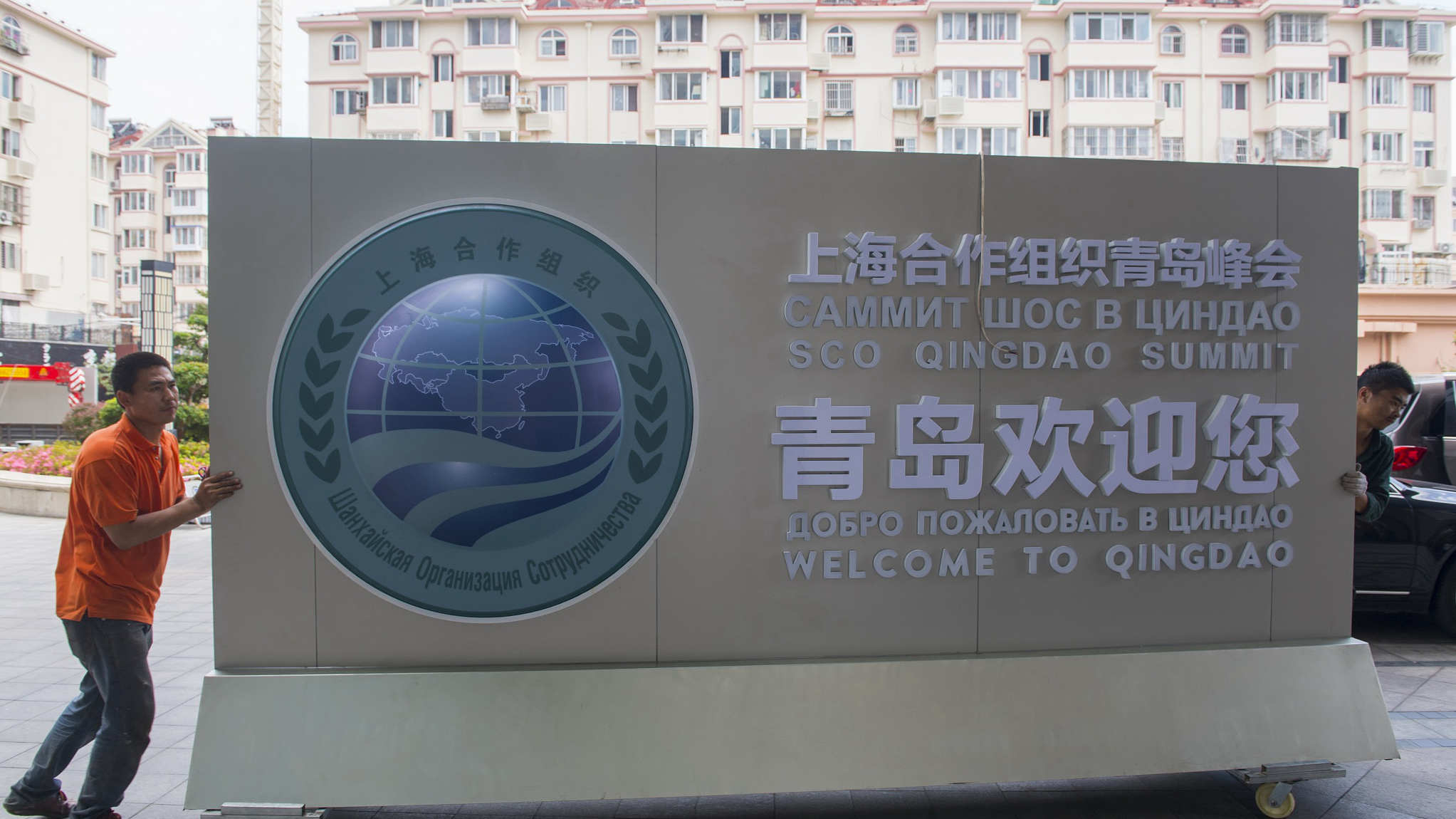 The 18th annual meeting of the Shanghai Cooperation Organization (SCO) is scheduled from June 9 to 10 in Qingdao, a coastal city in east China's Shandong Province.

Leaders of SCO member states and observer states, as well as chiefs of various international organizations will attend the summit.

Here are five things to expect from the summit:

The Qingdao meeting is the first SCO summit after its first-ever membership expansion last year since its inception in 2001. 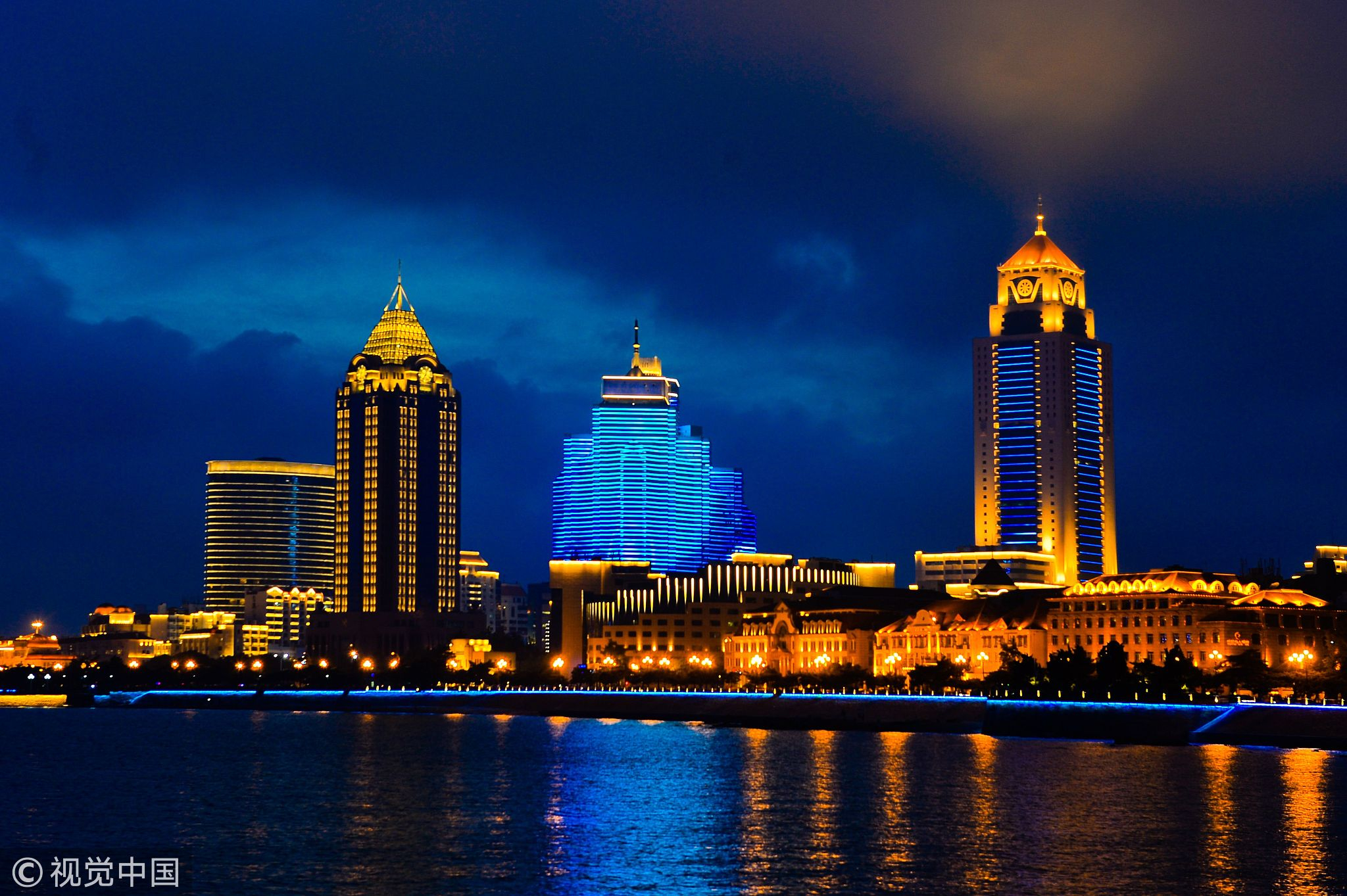 India and Pakistan were admitted as full members at the group’s summit in Astana, Kazakhstan last year, and now the SCO covers three-fifths of the Eurasian landmass and nearly half of the world’s population, enhancing its potential for cooperation and representation.

This is a milestone for SCO development.

It has often been pointed out by pundits that as a quarrelsome couple, India and Pakistan may bring the burden of bilateral conflicts, severe political differences, territorial disputes, historical grievances and mutual suspicions to the organization.

People may wonder what the membership of India and Pakistan means for the relevance and coherence of the SCO.

But 18 years of SCO development experiences provide confidence that member states with different worldviews, ambitions and interests can work together for their mutual security and common development. That is exactly what the SCO is all about. 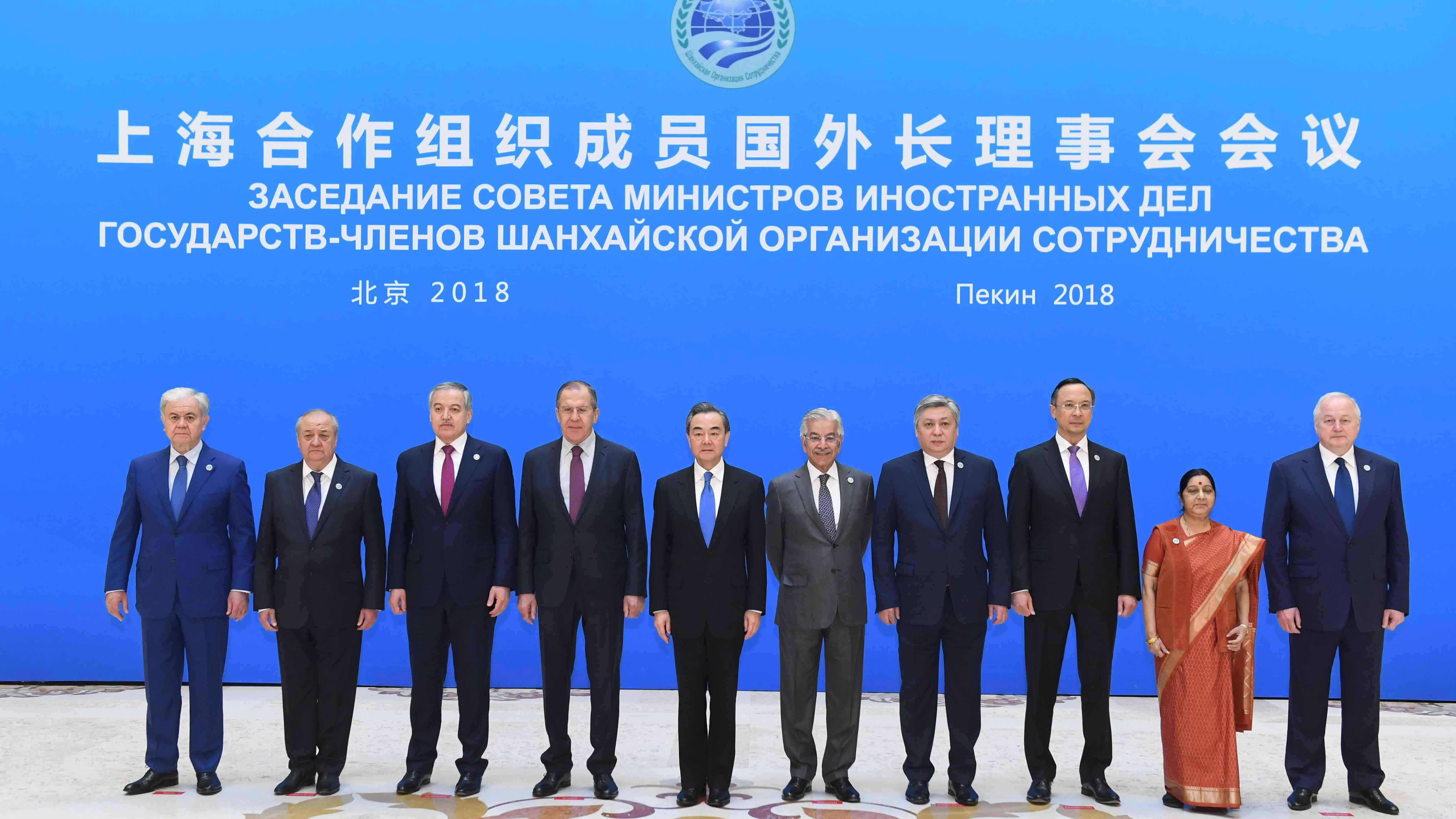 It is not an alliance but a mechanism for the interaction of like-minded countries or even geopolitical opponents. The SCO will offer a platform for communication between India and Pakistan and also a new space for them to work out their differences.

The SCO has undergone an extraordinary development process and become a comprehensive regional organization with greater implications for the Eurasian region. Its missions have expanded from a focus on regional security collaboration to extensive economic cooperation (dubbed as the “two wheels” of the SCO).

While trying to boost security coordination and economic integration, the group is also developing a humanitarian dimension, including people-to-people exchanges.

In the future, the SCO is expected to inject fresh impetus into joint pursuit of development.

The Qingdao summit will pay greater attention to development issues and send out a loud voice on improving global governance and consolidating multilateral trade system. The summit is expected to advocate the concept of innovative, coordinated, green, open, and shared development.

In addition, there are around 10 countries which have expressed interest in being candidate observers. It would be interesting to see clues for future expansion and institutional building of the group. 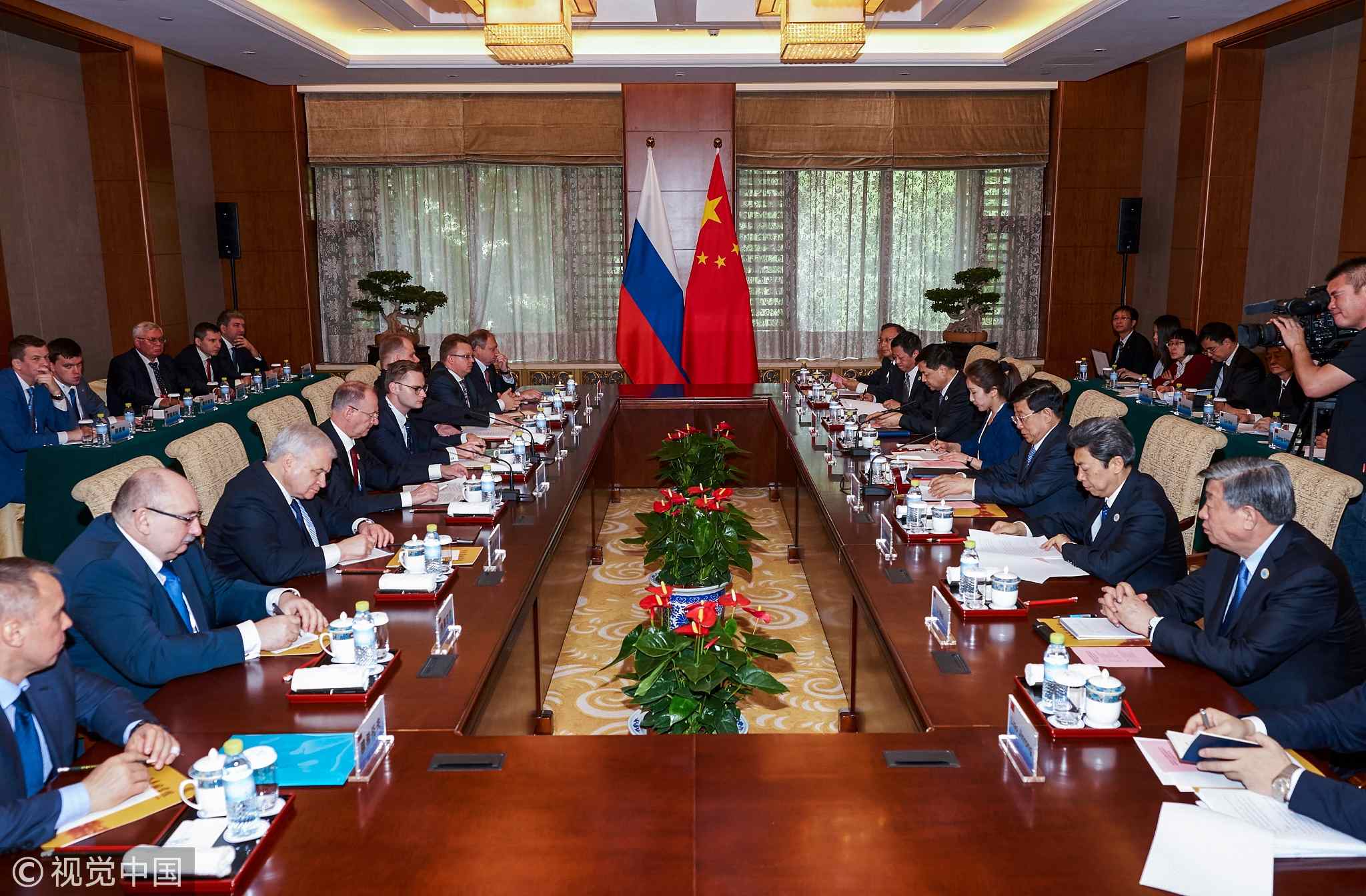 According to Chinese Foreign Minister Wang Yi, the summit will come out with a number of action plans.

First, the summit will formulate new measures for jointly building security. Fighting against the "three evil forces" of terrorism, separatism and extremism, drug trafficking and cybercrimes is among the top priorities of the Qingdao summit.

They may approve a program of cooperation in the fight against terrorism, separatism, and extremism for the 2019-2021 period and discuss a draft on preventing abuse of narcotics and psychotropic substances.

Second, the summit will map out a new blueprint for common development. Issuing new plans, pushing all parties to strengthen the integration of development strategies, and advancing the Belt and Road Initiative (BRI) in particular.

The SCO has played an increasingly important role in promoting the BRI. With the new membership of India and Pakistan, it is worthwhile to see how the group works to seek common ground while shelving the differences. 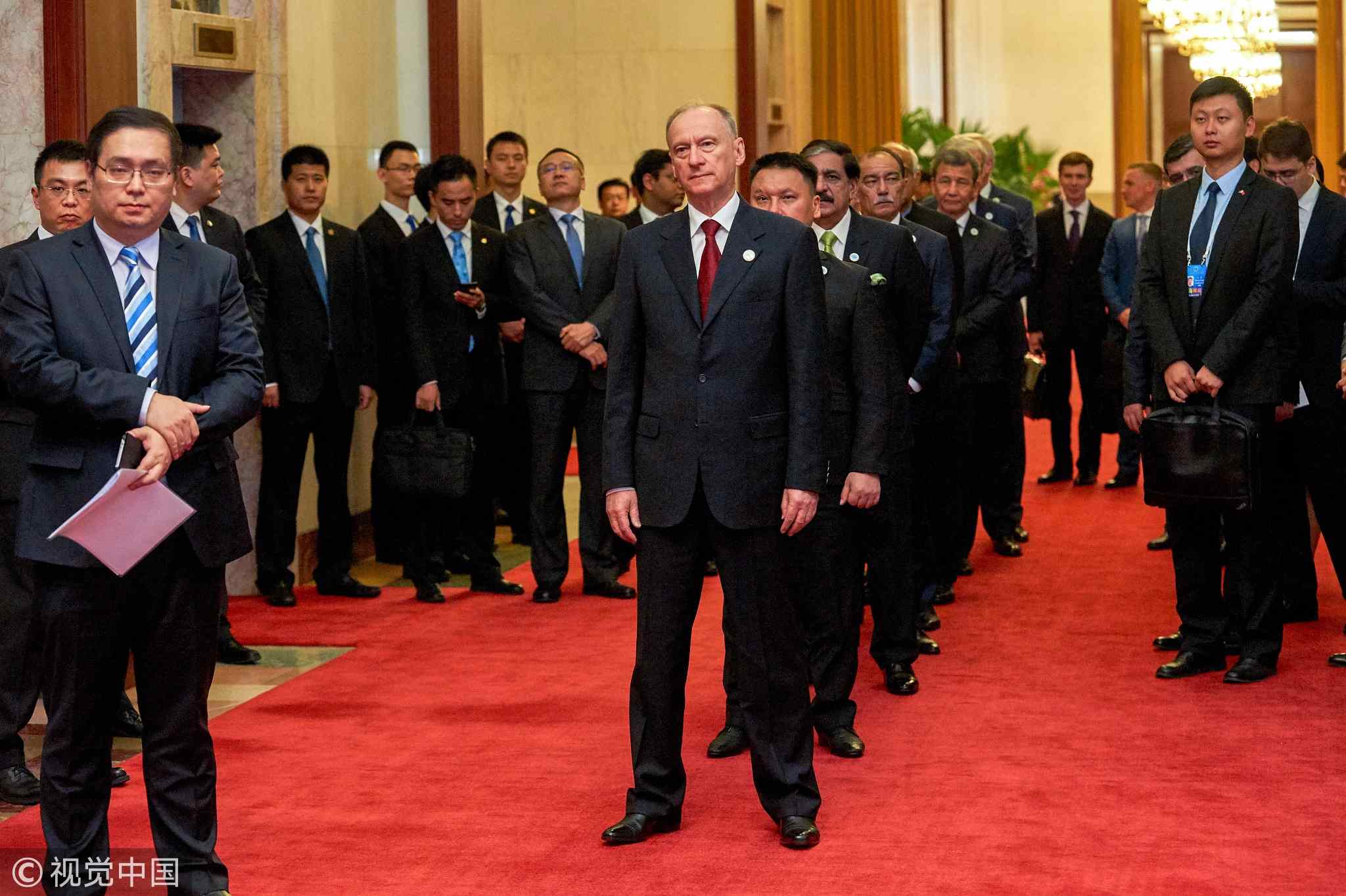 Nikolai Patrushev (C), Secretary of the Russian Security Council, attends the 13th annual meeting of secretaries of the SCO member states in Beijing, May 22,2018. (Photo: VCG)

The guideline for implementing the SCO's Treaty of Long-Term Good-Neighborliness, Friendship and Cooperation in the next five years is expected to be approved at the summit.

The secret of the success story of the SCO in maintaining regional peace and stability and in boosting regional economic growth lies in the “Shanghai Spirit” which features mutual trust, mutual benefit, equality, consultation, respect for diverse civilizations and pursuit of common development.

With different historical background and national conditions as well as diverse interests and aspirations, SCO members have strived for consensus, unity and cooperation.

The Shanghai Spirit ensures the comfort level of member countries; it inspires solidarity in diversity, cooperation despite differences.

China may work with other SCO members to endow the Shanghai Spirit with new connotation. China may contribute two new notions to the Summit: the building of a community with a shared future for mankind and the building of a new model of international relations featuring mutual respect, fairness and justice, and win-win cooperation.

These ideas are in line with the Shanghai Spirit, and will help direct the future course of the SCO and its relations with the rest of the world. 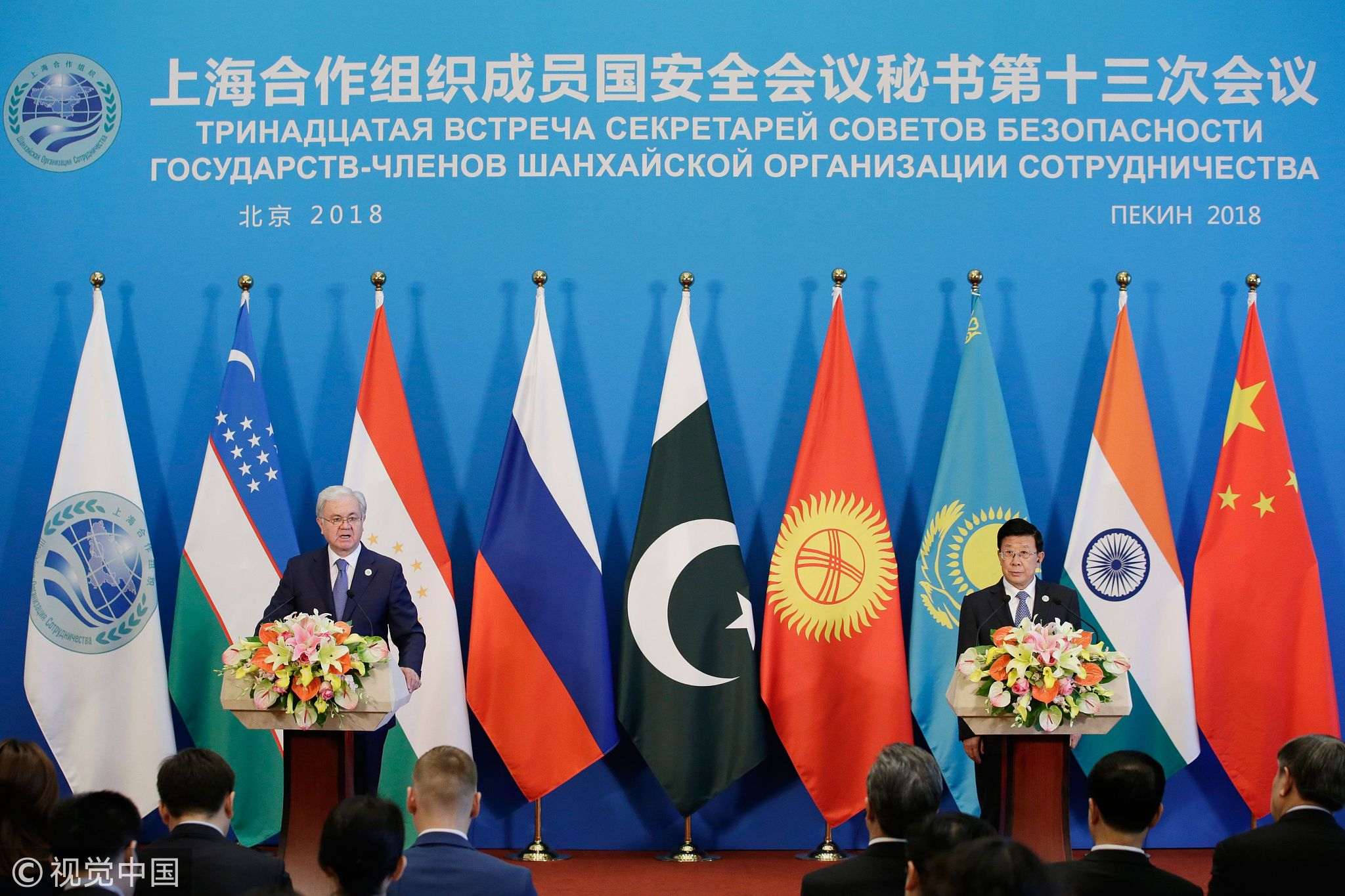 With the enriched Shanghai Spirit, the SCO will stay true to the shared dream of its members in spite of variants in their individual dreams.

Since taking over the rotating presidency of the SCO last June, China has held more than 160 multilateral events under the SCO framework so far.

Under China’s presidency, the summit will serve as an important arena to reflect on the group’s trajectory, achievements and challenges, and to lay a firmer foundation for future development.

As a multilateral organization of diverse but equal sovereign members, the SCO owns its growth and vitality to contributions from all members. In its evolution, China has been a driving force, playing a pivotal role. At the same time, China has gained tremendously from the development of the SCO.

Having survived changes in regional and international environment, the SCO is facing new opportunities and risks.

China must join hands with other SCO members to steer the way, blaze the trail and clear roadblocks to build a resilient multilateral organization that can provide a framework for all members to work on their core interests and major concerns while maintaining an independent foreign and security policy.