BRI NEWS What the West gets wrong about China-Africa ties

What the West gets wrong about China-Africa ties 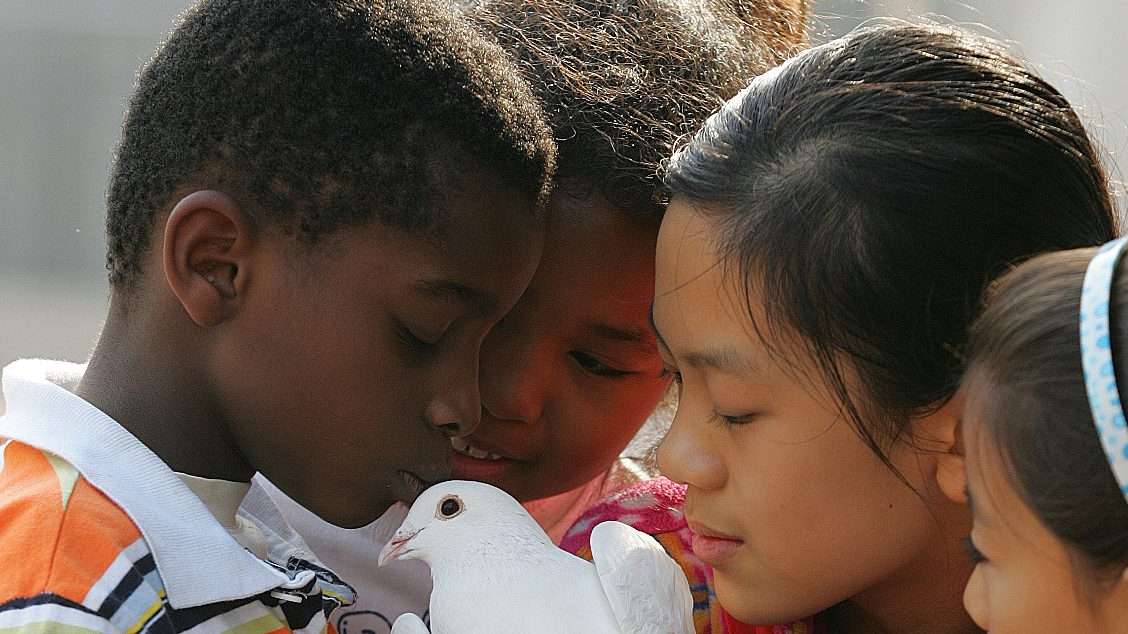 Many people tend to associate Africa with words like "poor," "underdeveloped," or "disease," and hold negative views about China-Africa cooperation and investment. With the upcoming Forum on China-Africa Cooperation (FOCAC) Beijing Summit 2018 in September, Africa has been under the spotlight. I analyze the 10 most common misunderstandings about Africa and China-Africa relations on the basis of my field research in more than 10 African countries.

First, Africa is not a synonym for poverty. Africa is a continent with the largest concentration of developing countries. The per capita income of some countries is rather low. They include Zimbabwe, Congo and Liberia, but many others are relatively wealthier. As one of the three largest economies, Nigeria is not only the most populous country, but also the largest oil producer in Africa and the world's sixth largest oil exporter. 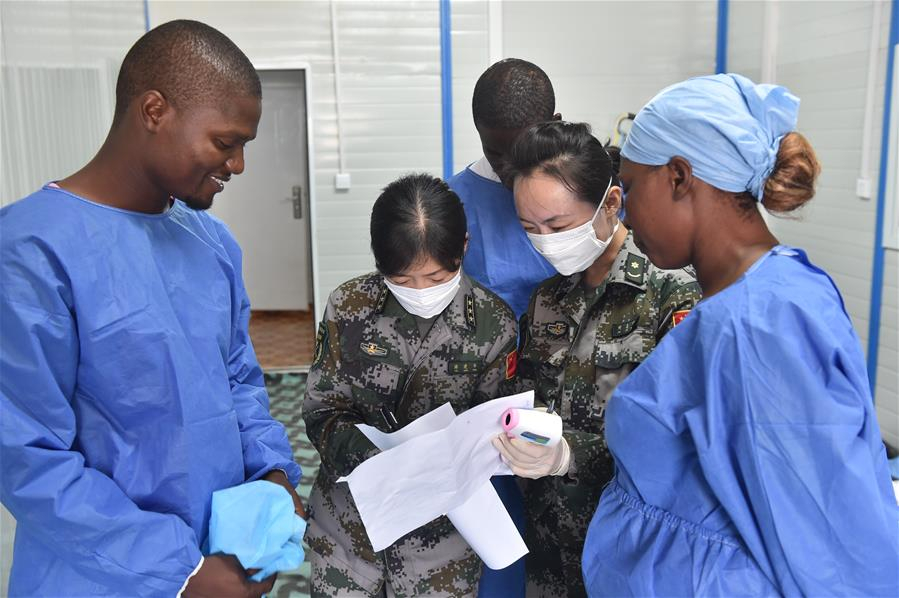 As a middle-income country, South Africa is one of the countries with the highest output of gold, diamonds, vanadium, manganese, chromium, antimony, uranium and asbestos in the world. Egypt, one of the four ancient civilizations of the world, has long been a leader in Africa in economic matters, science and technology, tourism, agriculture, industry and service industries. The economies of most African countries are relatively backward, but some have recently experienced better growth rates.

Second, is Africa a whole? Not necessarily. The African Union has 55 members. It even intends to issue a unified currency in the future like the European Union. Nevertheless, Africa is a diverse continent. There are also many communities within Africa, with the Community of Sahel-Saharan States, the Arab Maghreb Union, the Central African Economic and Monetary Community being a few. Ethnic differences also lead to cultural diversity among nations.

Some people think investing in Africa is very risky, but it is not the case. Due to inadequate infrastructure, frequent regime changes, and unstable social security in many countries, the security of investment in Africa is often under the glare. As a blue ocean of global cross-border investment, Africa has become a sought-after destination for Chinese enterprises in recent years.

From 2005 to 2016, China invested in 293 projects in Africa, with an outlay of nearly 100 billion US dollars and the creation of more than 130,000 jobs. In 2016, the number of projects with Chinese investment increased by 106 percent. With Chinese enterprises flooding into the continent, China has ranked among the top three investors in Africa.

According to my research, the profit and loss rates of the China-invested projects fall within the range of general business practices, and some projects are showing profits. If Chinese enterprises know how to adapt to local conditions, the investment risk can be lowered.

Is what China offers to Africa selfless assistance? It should be called equal cooperation. China has helped Africa build thousands of kilometers of railways, highways and bridges, and construct hundreds of schools, hospitals, libraries and stadiums, which have stirred controversy in China and is regarded as "a loss on the sale."

Yet, China's assistance to Africa is to explore a way to promote South-South cooperation in the new era, and these efforts have promoted China's reputation in the continent. China has emerged as Africa's biggest trading partner for many years. 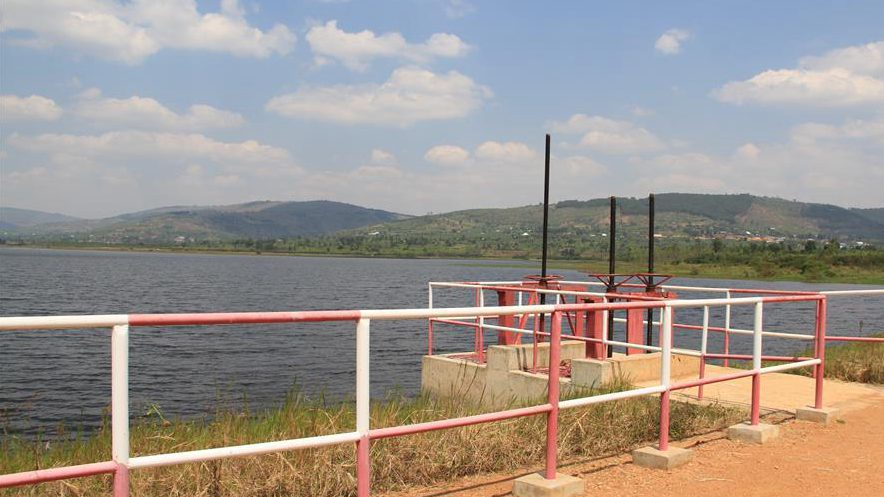 It is also wrong to think that Africans are unable to repay the debt. Since 2012, China's average annual infrastructure investment in Africa has stabilized at about 12 billion US dollars, which makes China the largest investor in African infrastructure. Western media began to weave tales of "creditor imperialism," which implies that African countries might be forced to cede sovereignty in order to avoid default.

According to the United Nations, Africa's debt-to-GDP ratio was around 32 percent during 2016-18, which is not too high by international standards and is much lower than the 110 percent debt-to-GDP ratio of the US, 115 percent of Italy and 225 percent of Japan. The speculation about Africa's "debt crisis" is caused by pessimism about its tax revenues and payback capability.

It is an exaggeration to say that too many Africans illegally overstay in China. Rumor has it that there are a large number of Africans illegally overstaying in China. This, it is said, leads to drug trafficking and brawls. A rumor says that there are as many as 500,000 Africans in Guangzhou. In fact, as a city open to the world for thousands of years, Guangzhou has had a large number of foreigners.

The statistics say there are about 100,000 permanent foreigners in Guangzhou, of which 55 percent are Asian and only 15 percent are from Africa. The number of 500,000 is obviously exaggerated.

Some hold that Africa must learn from China. Forty years ago, China and African countries were all underdeveloped. But now, China's economy is five times larger than Africa's. Furthermore, China has made remarkable achievements in political stability, economic growth, urban governance, poverty and illiteracy alleviation, infrastructure, scientific and technological innovation and e-commerce.

China's development experience provides Africa, especially some less developed countries, with an option that's different from the Western experience. But do not take it for granted that Africa must learn from China. Due to different conditions, China's experience may not be a perfect fit for Africa. On the other hand, there are many aspects where Chinese can learn from Africans, such as their optimistic attitude toward life, way of living in harmony with nature, etc. 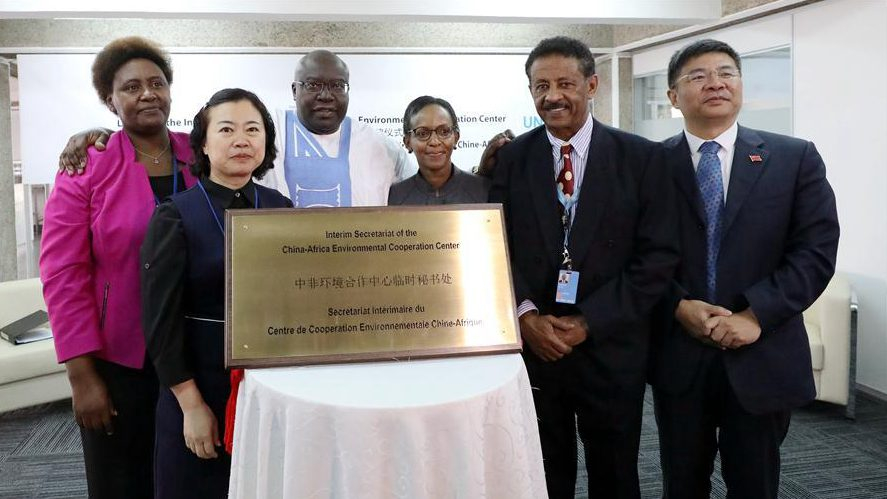 While Africa's development was hugely influenced by Western philosophy, the West's impact is weakening. Africa had been under the rule of European colonists since the 15th century, which has led to various political problems in the continent. Ethnic conflicts, communal violence, and clan warfare have affected the development and integration process of Africa. The Belt and Road initiative, which emphasizes connectivity, sharing and win-win cooperation, would become the important way-out for Africa to break the shackles.

In addition to the FOCAC held every three years, Africa holds regular summits with other major powers such as the US, France, Japan and India. As an independent power in world politics, Africa does not attach itself to any great power. The West's confrontation with China and Africa is only a conjecture of Western public opinion.

Now, through reform and opening-up and sustained efforts of the people, China has reduced 70 percent of global poverty and established an all-weather partnership with Africa. Since the Belt and Road initiative was proposed in 2013, China's investment in Africa has seen a continuous rise, which has changed the pattern of economic cooperation between China and the continent. Such cooperation pattern will lead the long-term development of the world.