When the world's second-largest economy shakes hands with the fourth 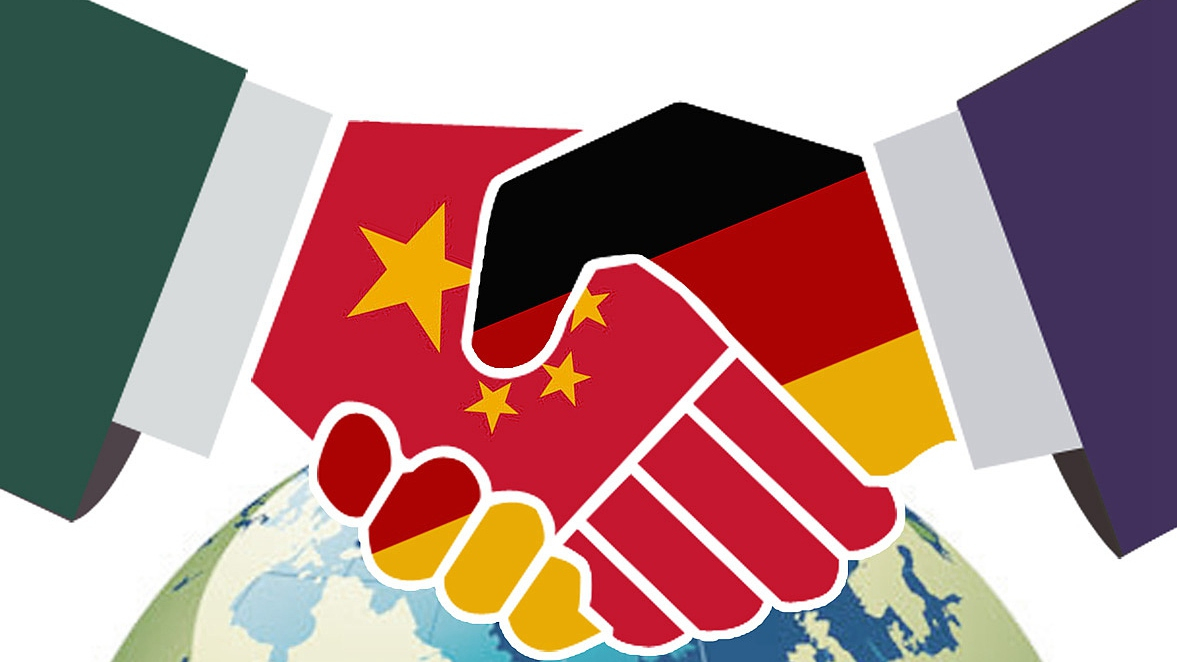 “If Europe does not want to become the periphery of the world, it has to culturally and economically engage with Asia following the ancient silk road”, Robi Ronza (an Italian journalist and writer) predicted in 1984, which has been proved by the Belt and Road Initiative.

Indeed, China and the EU are both advocates of globalization and multi-polarity and supporters of the multilateral global trading system centered on the World Trade Organization, which is particularly important as both sides face mounting pressure from protectionist and unilateral actions.

The two sides can use their coming summit to send a powerful message of support for rules-based multilateral economic and trade order, and reject protectionism and unilateralism. They can make further progress in pursuing a bilateral investment agreement and developing greater synergy between the Belt and Road Initiative and the investment plan for Europe and the Eurasian connectivity blueprint.

The implementation of a new round of opening-up measures announced by China on the 40th anniversary of reform and opening-up will offer even greater business opportunities for all European countries.

In today’s world, China and Europe share more and more consensus on global issues like the Iran nuclear deal, climate change, and rules-based global governance, particularly for China and Germany as two leading export and trade surplus countries in the world are working together to deal with trade and investment protectionism from the US.

Under the trade war with the US, China will move to significantly broaden market access and strengthen protection of intellectual property rights which will impact China-Germany economic and trade cooperation. China’s marketing efficiency and German high technology work together, will discover new areas such as AI and digital economy for both to deepen their cooperation via the Belt and Road Initiative including cooperation in exploring third-party cooperation with developed economies in Central and Eastern Europe.

Premier Li Keqiang will visit Berlin to chair the fifth round of intergovernmental consultations between China and Germany together with German Chancellor Angela Merkel soon. “As two great economies, Germany and China are partners of great significance, not only in trade”, German Federal Government spokesman Steffen Seibert said just before Premier Li Keqiang’s visit, “Berlin hopes to work together with Beijing to strengthen cooperation in trade and innovation, like automatic driving”.

Germany and China will hold a presentation about automatic driving during Premier Li Keqiang's visit, while exploring possible concrete cooperation in this area. The Sino-Germany (Shuitu) Smart Manufacturing Industrial Park is expected to be in service by the first half of 2019. Both Chinese President Xi Jinping and German Chancellor Angela Merkel have expressed willingness to deepen innovation cooperation between the two counties.

China is having a new type of innovation under the Belt and Road Initiative. Occupying a total area of 209 mu (139.4 hectares) in the most intensive industry cluster of Liangjiang New Area, the park will focus on the intelligent manufacturing industry, featuring smart robotics, intelligent sensors and terminal devices. With a construction cost of 10 billion yuan ($1.47 billion), the Sino-Germany industrial park will function as a center of development for the advanced manufacturing, digital information, automobile trade and service industries.

As more and more foreign companies are eyeing Liangjiang New Area as a potential location, we should pull out all the stops to forge an ideal business environment for global investors. In the future, the national pilot new area will use the Sino-Germany industrial park as a linchpin to seek further cooperation with Israel, the UK and the US.