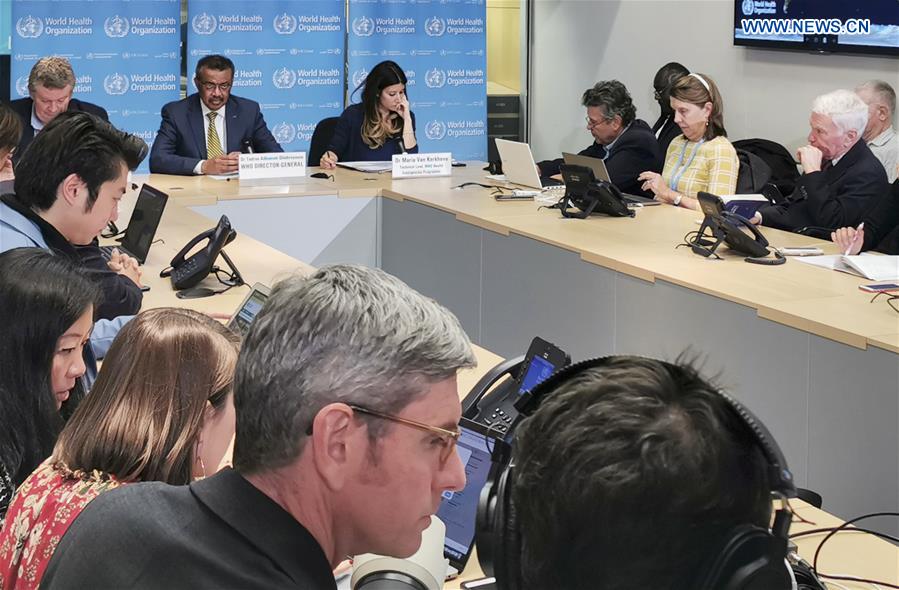 
GENEVA, Feb. 7 (Xinhua) -- The World Health Organization (WHO) said Friday that it is engaging more than ever with private sectors globally to ensure the supply of personal protection equipment (PPE), to aid in the fight against the novel coronavirus epidemic.

According to WHO Director-General Tedros Adhanom Ghebreyesus, the WHO is sending testing kits, masks, gloves, respirators and medical gowns to every affected region, but the world is facing severe shortages of PPE.

He said the WHO discourages stockpiling of PPE in countries and areas where transmission is low, and called on all countries and companies to work with the WHO to ensure the fair and rational use of supplies.

As further explained by Michael Ryan, executive director of the WHO Health Emergencies Program, the PPE supply chain is not just made up of producers, but also the producers of raw materials, distributors, wholesalers and retailers. "At every stage of the supply chain, there's a possibility for disruption, or profiteering, or diversion."

He said that it is the first time that the WHO has been involved in such large-scale direct engagement with the private sector, as it tries to manage and support the chain. "We need solidarity not only between countries, but we need deep solidarity between the public and the private sector to ensure that we do not see a future, in which health workers are forced to take care of patients without protective equipment."

For the last two days, there have been fewer reported new infections in China, the WHO said.