BRI NEWS Will China and US enter a new 'Cold War'?

Will China and US enter a new 'Cold War'?

By He Yafei | China Daily 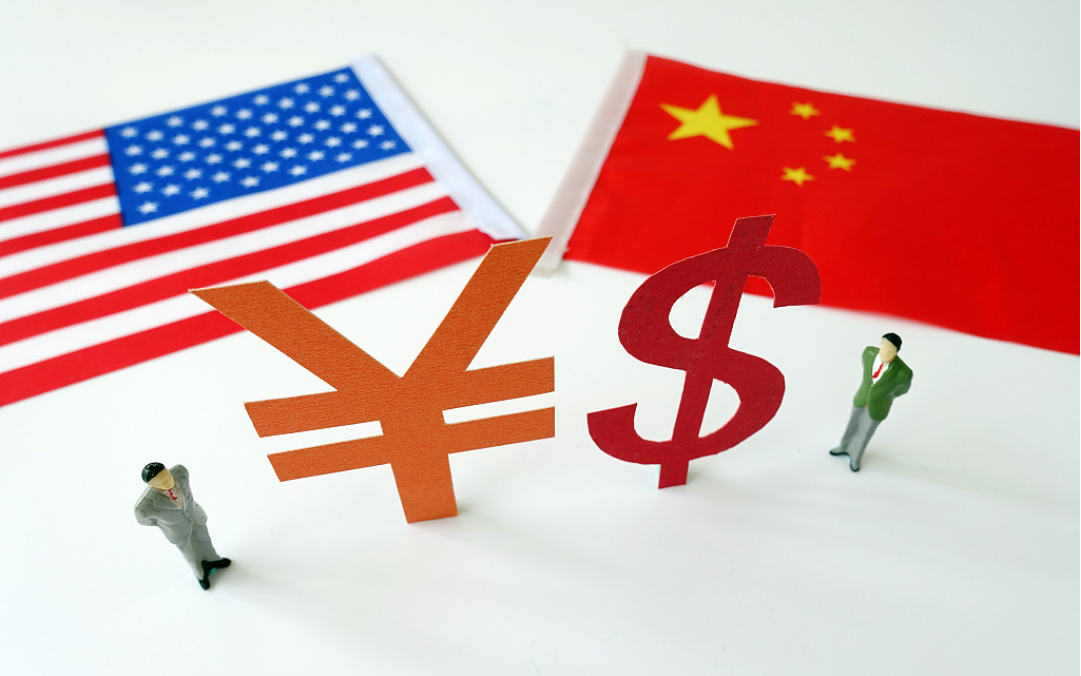 In the past 40 years, the world has seen the end of the Cold War and the emergence of the United States as the sole superpower, prompting it to assume the global competition between political systems had ended without realizing that these changes have been accompanied or followed by multi-polarization and globalization.

More important, global governance has been evolving from a Western undertaking into one featuring increasing East-West collaboration, especially between China and the West. And as President Xi Jinping has said, being a socialist developing nation, China will "resolutely safeguard national sovereignty, security, development interests, actively participate in and lead global governance reform, (and) forge a more complete global network of partnership", making a great contribution to the "New Era".

China, however, also faces unusual difficulties and resistance. Although cooperation has been the mainstream in Sino-US relations, marred by frictions, since the two sides established diplomatic ties nearly four decades ago, the US' China strategy has gradually changed from "strategic ambiguity" (not viewing China as a friend or an enemy) to one of "strategic clarity". That US President Donald Trump has identified China as a main strategic rival makes clear his intention to contain China's rise.

The shift in China-US ties coincides with the new phase of "great development, great change, and great adjustment" in the global context, with the international environment getting more complicated and uncertainties growing.

First, wrangling over globalization has escalated, populism and protectionism are rising in the US and many other Western societies, and more trade frictions will follow. These developments seriously affect global economic connectivity and coordinated development, restrict the resolution of global issues, and make global governance more difficult. The widening wealth gaps between and within economies, and the continuous imbalance between market efficiency and social fairness have become a main driver of "anti-globalization".

Second, differences over international rules have increased, the relatively balanced world order is breaking, and "disorder" and "fragmentation" are increasingly undermining global governance. With his "America First" policy, Trump is unwilling to continue providing global public goods, and trying to remake international rules to continue US hegemony. As such, the US has become a "revisionist" force, and the biggest variable in international relations.

Third, geopolitics has become even more complex, major-country relations are tense, and cooperation is ebbing. US-Russia confrontation is intensifying, the Middle East is in chaos and world energy supplies are fluctuating. And despite Trump's meeting with Kim Jong-un, top leader of the Democratic People's Republic of Korea, the future remains full of uncertainties, with the competition to gain the upper hand in cyberspace and polar regions rising. Besides, the US' continued attempts to ignite a trade war with China are raising fears that the two may ultimately fall into the "Thucydides' trap".

Four, the world faces the difficult choice between conflict and integration of civilizations. But the US-led West believes in a conflict of civilizations, and Western societies in general consider their ideologies and systems to be the best in the world. In fact, the West's tireless efforts to promote liberal Western democracies and attribute all contradictions to the "conflict of civilizations" are the root cause of various geopolitical problems.

Many in US mistakenly see China as a threat

The China-US trade disputes appear to be the beginning of major-country competition. China's GDP now accounts for 15 percent of the world total, with the achievements of four decades of reform and opening-up reflecting the vigor and dynamism of the Chinese economy. But many in the US have mistaken China's political stability and growing military as a threat because of their Cold War mindset and thus resorted to measures to contain China's rise.

Former Trump adviser Steve Bannon said the report of the 19th National Congress of the Communist Party of China is actually a plan for global dominance in the next few years, and warned that the Made in China 2025 program will enable China to control global manufacturing. He also said the Belt and Road Initiative facilitates China's geopolitical expansionism, Chinese 5G aspirations will help it to dominate technology, and the broader use of the yuan will deprive the US dollar of its status as a reserve currency. Such remarks expose Americans' zero-sum game thinking and misunderstanding of China's goals.

The US has triggered the trade dispute with China ostensibly to strike a balance in bilateral trade, but the real reason is to use a trade war to contain China's economic and technological development in the same way it contained Japan in the last century. But the US should know a trade war will not resolve its systemic, structural contradictions or the issue of division of labor in the global value chain.

A trade war is the first step of a geopolitical containment policy, but will ultimately lead to a fierce confrontation between the existing hegemonic power and a rising power over the world order and international rules. So it is unrealistic to assume everything will be fine after the issue of trade deficit is resolved.

Despite repeated consultations and China's restraint, the US seems hellbent on instigating a full-fledged trade war and expanding it to bilateral investments, intellectual property, strategic industries, the Belt and Road Initiative, the South China Sea issue, the Taiwan question, and the internationalization of the yuan. Why?

An analysis of the orientation of US-China relations from the strategic and historical perspective will make things clearer. As Laotzu said, the future has come before the past is gone. So the changing China-US relationship will be accompanied by various uncertainties and risks.

Will China-US friction lead to a new "Cold War" featuring all-round confrontation? Such a concern is not totally groundless. While striving for the best outcomes, China should prepare to deal with the worst-case scenario while engaging in active communication and in-depth consultation. The "unknown" and "uncertain" have actually provided an opportunity for exploring the two countries' common grounds, which could help them adjust their respective policies, so as to create a "win-win", rather than "lose-lose", situation.

But if the US insists on containing China, the chances of the two sides falling into the "Thucydides' trap" will increase. The US knows this very well. So why is it pushing bilateral ties toward confrontation? It is doing so mainly because it feels China's strategic orientation doesn't conform to its expectations.

Non-realization of expectations irks US

The US supported China in its reform and opening-up efforts and in joining the World Trade Organization in the hope of making China gradually embrace Western values. US leaders expected reform and opening-up to facilitate political openness, leading to China accepting the US-brand of "democracy".

That China has blazed a different trail has made the US realize it overestimated its capability to lead China's strategic orientation. And the success of the "Chinese model", which offers other developing countries an option different from the "American model" for economic development, has made the US blind to China's remarkable contributions to the world and US economies. Instead, it sees China's development as an attempt to grab global dominance from the US.

An article in the National Interest magazine, titled "America vs. Russia and China: Welcome to Cold War II" analyzed the possibility of a "Second Cold War" from the perspectives of politics, diplomacy, military and economy, reflecting the opinions of many American elites. In recent years, the term "New Cold War" has been used to describe worsening US-Russia relations. Now it is also being applied to China-US ties. Only a serious analysis can reveal what it really means for the two countries and the world.

The US faces difficult choices at home and abroad, as many in the US believe their country will pay a very high price for an all-out confrontation with China. And according to PricewaterhouseCoopers' estimate, in terms of purchasing power parity, China's GDP will reach $58.5 trillion by 2050 while the US' will be $34.1 trillion. This somewhat explains the US' actions.

Still, proper and in-depth communication can prevent a China-US "Cold War". After all, economic interdependence has built a global community of shared interests, and there can be no winner in a trade or any other war.

Therefore, the US needs to abandon its Cold War era approach and, instead, try to build a geopolitical model of peaceful co-existence, which philosopher John Gray proposed as a means of dealing with major-country relations, especially China-US relations. Also, the US need not worry about a "Beijing consensus" replacing the "Washington consensus", because once countries start building a community of shared interests, globalization, multi-polarity, and pluralism will become the dominant trend.

(The author is former vice-minister of foreign affairs.)