BRI NEWS Will the world join China in resisting US bullying?

Will the world join China in resisting US bullying? 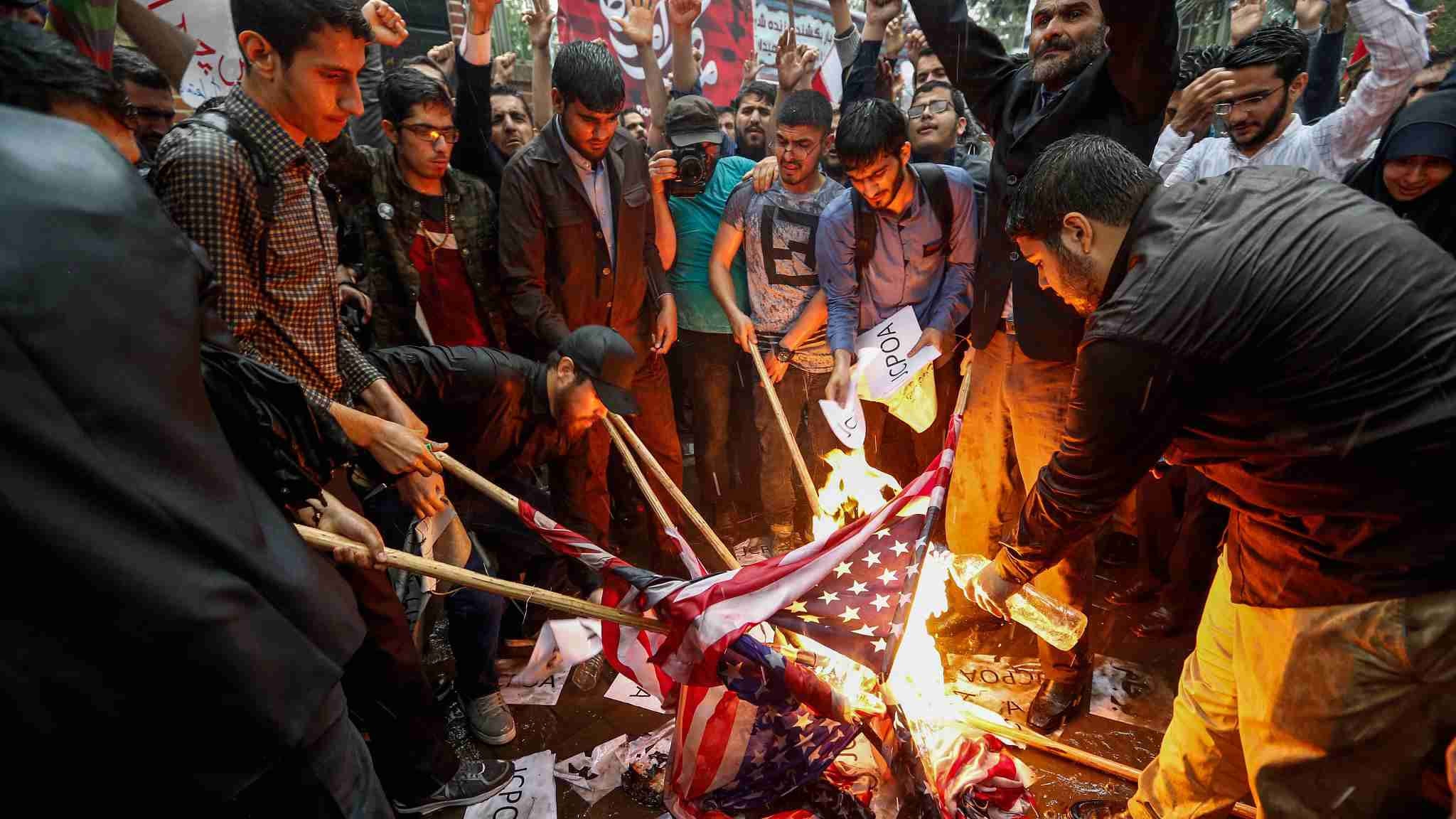 The US has unilaterally broken the international treaty – the so-called nuclear deal – with Iran, while Iran has executed all its promised commitments of the deal. If it was a legal case, it would be a simple case finding the US to be guilty. Unfortunately there is no global rule of law, as all legal institutions are national, or at most trans-national in the case of Europe.

The US has announced massive sanctions against Iran in core sectors such as banking and oil. If European oil companies continue to deal with Iran, they will be blocked from the US market. This is the same for banks, as well as for Russian, Chinese or South American companies. No company will be willing to take the risk of being excluded from the United States' big and important market. So despite lacking any legal backing, and without the consent of the United Nations, the US is – in fact  able to force companies from all over the world into bullying Iran. 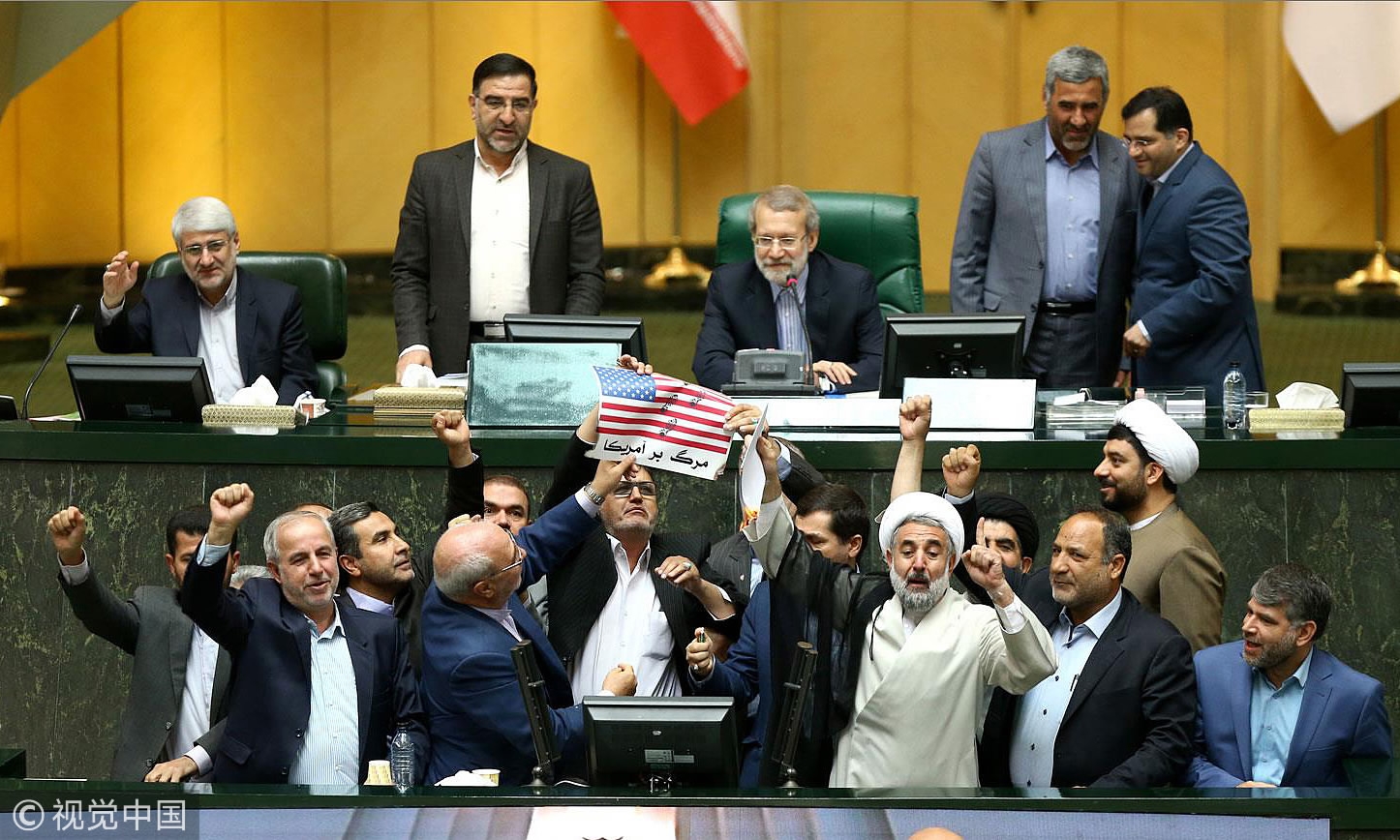 A handout picture provided by the Iranian Parliament on May 9, 2018, shows Iranian MPs preparing to burn a US flag in the parliament in Tehran. (Photo‍s: VCG)

But if all these regions can work together to build up a prosperous Iranian economy, then the US would have to boycott all banks and all industrial companies from all countries. And even the US isn't powerful enough to survive complete self-isolation.

I am absolutely certain that a prosperous Iran isn't just great for the Iranian people; it would also make the Middle East, and therefore the world, a safer place. Because as long as people are poor they have nothing to lose from war, they are easy prey for extremist ideologists and easily convinced that it's better to die in "honor" (in the crooked logic of all terrorists) than to live in shame of abject poverty. But once people have even the hope for economic development, a better life for their children, a house, or maybe a car one day, they will much less be willing to sacrifice this hope for the idea of war. So, economic development for Iran is simply good for the world and good for the common people of Iran; and in the interest of both China and Europe. 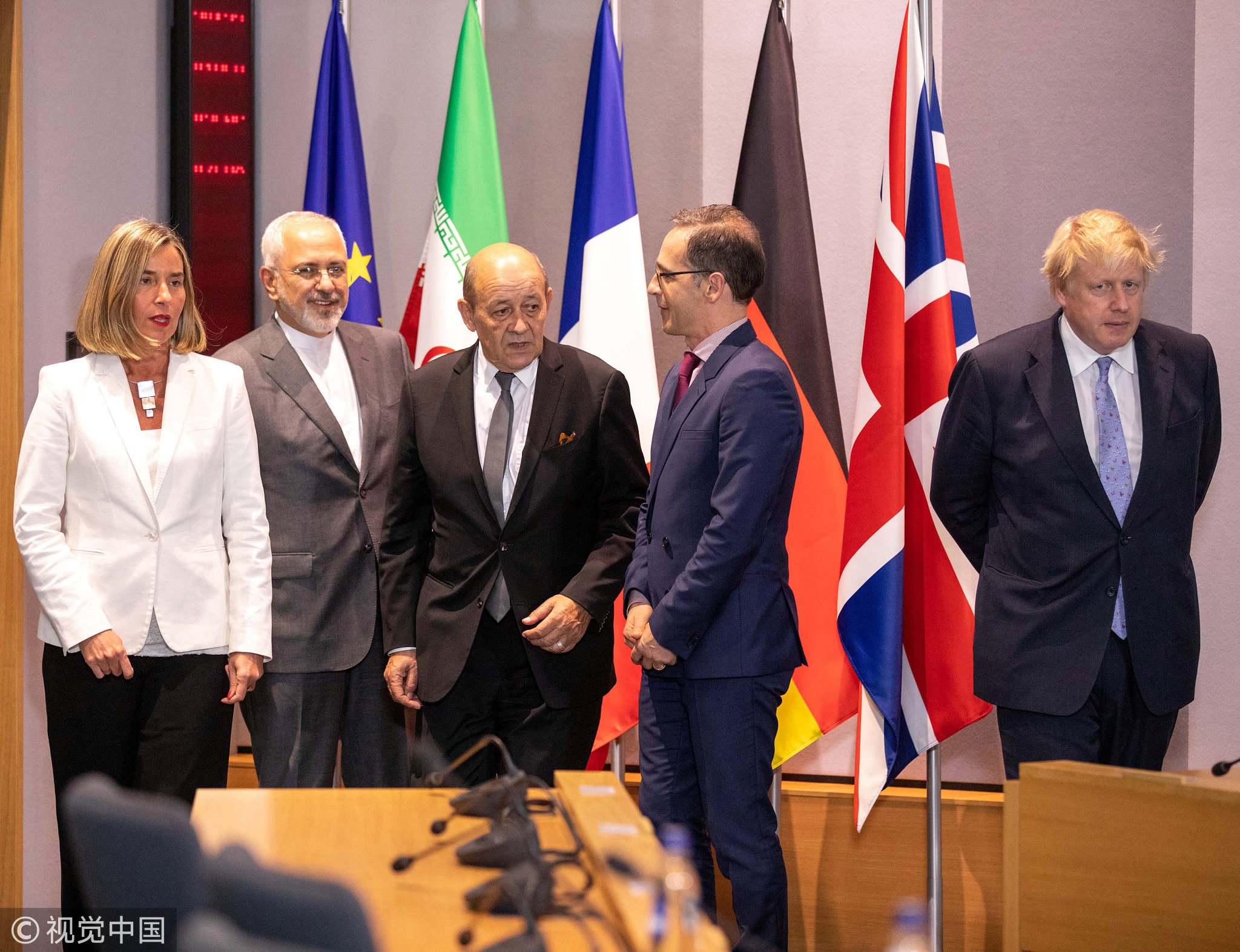 But who could coordinate such a stand around the world against a US bully? Europe is simply too split, too uncoordinated and too divided to take steps. Too many European politicians also feel some form of dependency or "shared values" with the US. They aren't apt to openly move against the US. Also, the political system of Europe makes it very difficult to coordinate any political position, without the public – and the US government – hearing about it in the very early stages. And as soon as one politician, one government, or one party in Europe tries to organize resistance, the US would use all its multiple channels to influence all others against the first mover.

South America and Russia each are not economically powerful enough to start a serious movement. So the strongest hope falls to China. China recently established an oil exchange denominated in the Renminbi. The Belt and Road initiative directly leads through Iran and heavily relies on peace in central Asia. So China has both the means and interest to take the first steps. Of course China has differences with the US on multiple fronts – the DPRK, ZTE, steel and aluminum, tariffs in general, and more, just to name a few. It is understandable that in this sense, China does not want to open yet another front against the current unpredictable and aggressive US government. Still, from an objective perspective, it would be great if China could lead the world into resisting US bullying.

But would Europe be willing to join forces with China to build a prosperous, peaceful central Asia? Frankly, I don't know. Certainly, public opinion recently has been very anti-Trump, with a large majority seeing the unilateral break of the Iran treaty as a grave offense and a mistake. Yet, the political elite still has strong reservations against a China-led world, the economic elite is split between the two most important markets in China and the US. So success is not guaranteed, but I am convinced that the mere attempt to openly oppose US bullying could give China a lot of support among the European public.