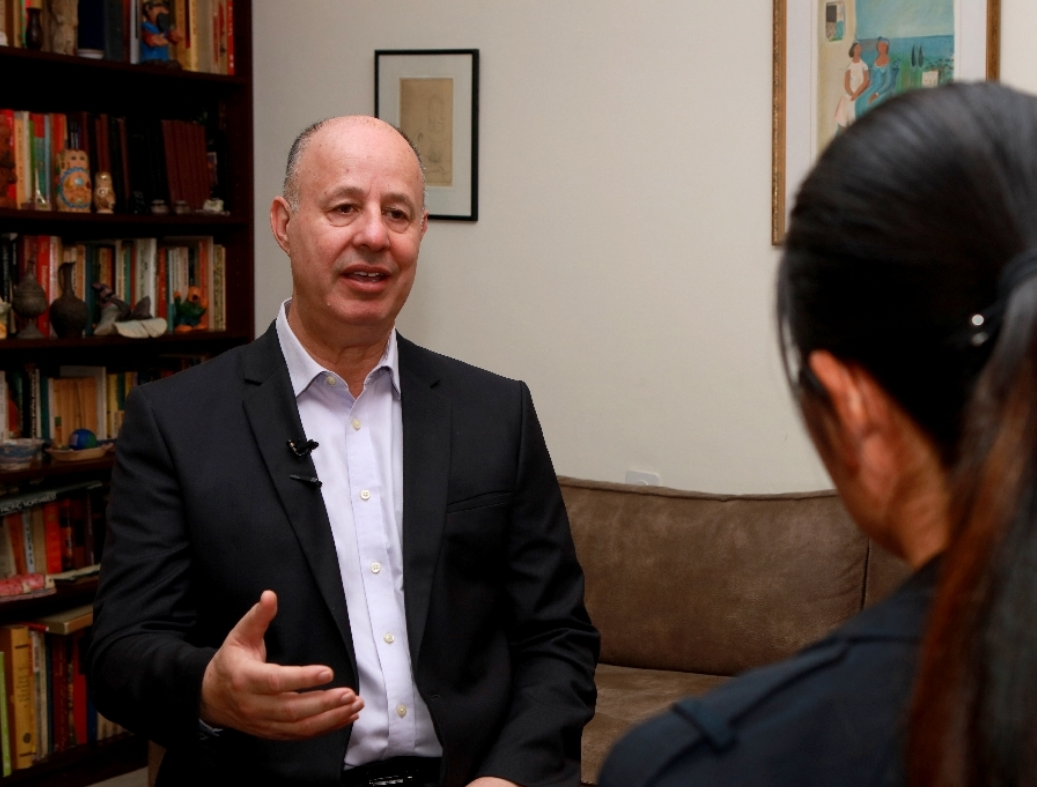 Tzachi Hanegbi, Israeli minister for regional cooperation, is receiving an interview with Xinhua in Mevaseret Zion near Jerusalem, Israel, on March 13. (Photo: Xinhua)

JERUSALEM, March 17 (Xinhua) -- The potential of the win-win cooperation between China and Israel is gigantic as it will become more effective in the future, Tzachi Hanegbi, Israeli minister for regional cooperation, told Xinhua in a recent interview.

"We can learn from you and you can learn from us. Israel being the start-up nation and China being the leading country in growth and economy makes this connectivity very strong," noted the minister.

According to Hanegbi, both sides have been actively exploring many dimensions and fields of cooperation, especially since the innovative comprehensive partnership was established by the two countries in March 2017.

Israel is glad to see the increase of its trade with China, which has become Israel's second largest trade partner in the world, the minister said.

"This is an amazing success and it is only in its first phase," he said, adding that China's efforts of opening its market further will contribute a lot to this process.

The bilateral trade between China and Israel reached about 14 billion U.S. dollars in 2018, according to the figures from the Chinese embassy in Israel.

Hanegbi said that China's opening-up is a "great development" that has made China the leading economy in the world in terms of growth and helped the world as well.

The whole world, including Israel, "are watching China very closely and are very impressed by the amazing achievements of China and the amazing growth in the last decades," he said.

Hundreds of millions of Chinese people have benefited from the economic growth, as well as new services in education and health, said the minister.

When talking about the Belt and Road Initiative (BRI) proposed by China, Hanegbi said he was deeply impressed by the first Belt and Road Forum for International Cooperation held in Beijing in May 2017 when he led an Israeli delegation to the event.

Many leaders from around the world participated in the forum to make sure that they had an input into the thinking, brainstorming and contribution to the global unity, he said.

Though he could not attend the second Belt and Road Forum for International Cooperation to be held in Beijing next month by himself, Hanegbi is sure that this forum will be as successful as the first one.

An Israeli delegation will attend the second forum, he added.

"We will take advantage of this second gathering to create more and more cooperation and to make sure that Israel will be eager to participate wherever our added value is relevant," said Hanegbi.

The BRI is really boosting the economy of many countries, said the minister, while hoping to see more and more Chinese companies get involved in the Israeli market.

As minister of regional cooperation, Hanegbi's responsibility is to try and locate as many as areas that Israel can work together with other countries.

"The future is about working together and this is the real idea of the connectivity of the BRI," he said.

Hanegbi is confident that more and more Israeli and Chinese companies will find common areas to work together. "I am optimistic about the future," he said.