A study on the contributions of the China-proposed Belt and Road Initiative to the world from the World Bank was objective, the Chinese Foreign Ministry said Wednesday. 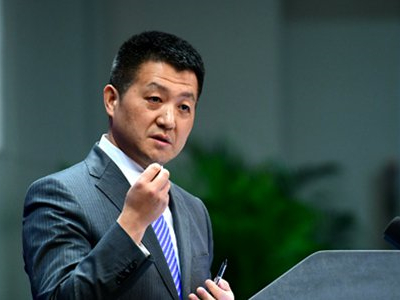 Published on Tuesday, the World Bank report said the BRI could speed up economic development and reduce ­poverty in dozens of developing countries.

"Since China proposed the Belt and Road Initiative six years ago, remarkable achievements have been made, and the initiative has become a platform for international cooperation," Chinese Foreign Ministry spokesperson Lu Kang said at a daily press briefing.

By lowering trade costs, the initiative could lift 32 million people - those who live on less than $3.20 a day - out of moderate poverty, the study said.

"The joint construction of BRI cooperation has effectively opened the infrastructure bottlenecks in many areas along the route, promoted connectivity, and made important contributions to global facilitation and economic growth. The report made an objective evaluation on this," Lu said.

"We also note that the report has put forward some views and suggestions to the BRI on risk control, and we believe that the relevant Chinese departments will seriously study it."

China held the Second Belt and Road Forum (BRF) for International Cooperation in April, and leaders and government officials from 37 countries participated in it.

"During the second BRF, all parties reached a consensus on promoting high-quality BRI cooperation," Lu said.

"China is willing to make joint efforts with its partners who helped build the Belt and Road Initiative to promote the implementation of the outcomes of the second forum."

A Guangming Ribao article in May written by Jiang Guoquan, Party chief of College of International Education in Capital Normal University, said most of the BRI countries are middle-income countries, which generally face low levels of economic and social development, poor medical and health conditions.

"The BRI adheres to the ­concept of people-oriented development and takes the road of coordinated economic, social and environmental development to improve people's livelihood," Jiang wrote in the article.

"It has created new opportunities, injected new momentum and prosperity to the sustainable economic, ecological and social development of those countries."