Chinese President Xi Jinping will attend the Fourth Eastern Economic Forum from Sept. 11 to 13 in the city of Vladivostok, Russia, at the invitation of his Russian counterpart Vladimir Putin. It will be the first time for a Chinese head of state to attend the event. 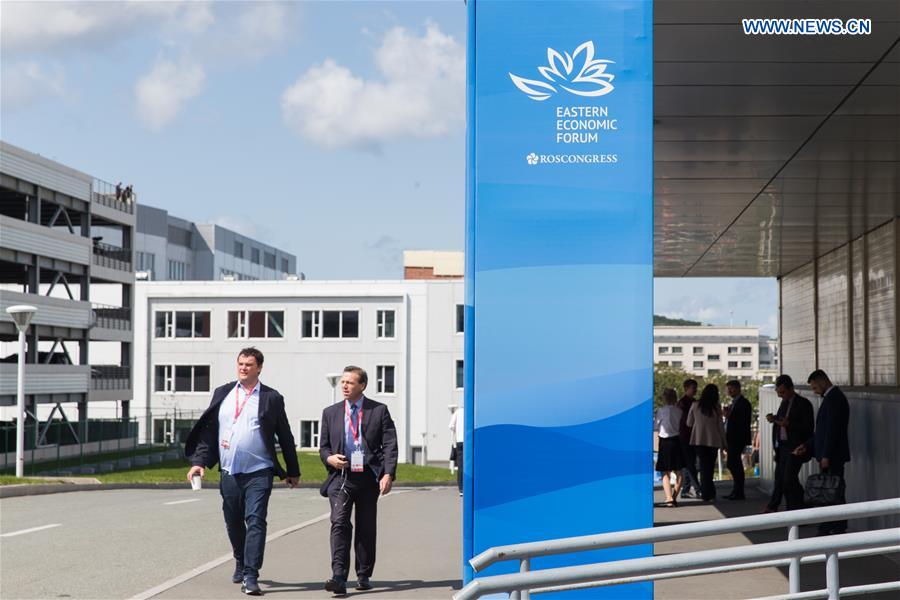 The forum draws attention from the international community who projects high expectation for the event to achieve fruitful results.

They, first of all, expect more results on the new development plan of the Far East region, the largest federal district of Russia which covers 36.1 percent of the country’s territory.

Thanks to the strong support of the Russian government, the Far East maintained steadily economic growth in recent years, becoming a region with the fastest growing investment across the country.

They also eye for new fruits from China-Russia relations. China and Russia have made remarkable achievements in bilateral relations this year.

Heads of state of the two countries have kept close exchange with each other. Putin paid his first state visit to China this June after beginning his new term in office, during which Xi conferred on him China’s first Friendship Medal. This July, Xi made in-depth exchange with Putin during the BRICS summit, their second meeting this year.

Xi’s attendance to the Fourth Eastern Economic Forum will be the third meeting in 2018. His trip this time is believed to create better conditions and friendly atmosphere for in-depth exchange of views between the two heads of state, elevating bilateral relations onto a new level.

China has become the largest partner and source of foreign investment for the Far East after years of development. It has participated in dozens of leap-forward development zones and free ports of the Far East and implemented over half of the investment projects of the district.

Development of Russia’s Far East is also beneficial to China’s northeast region. Currently, the two regions have scored rich results from comprehensive cooperation in such fields as connectivity, finance, agriculture and energy.

New opportunities of regional cooperation will also be a highlight. The Russian Far East is a part of Northeast Asia, and regional countries including China, South Korea, Japan and Mongolia have been actively engaged in its construction and development.

These countries, adjacent to each other, have huge market and cooperation potential, as they are rich in resources and highly complementary in economic structure. Leaders of these countries will gather at the Fourth Eastern Economic Forum to advance cooperation.

Under the guidance of the Belt and Road Initiative and the Eurasian Economic Union, these countries have expressed stronger desire to dock their development strategies, such as South Korea’s New Northern Policy and Mongolia’s Prairie Road Development initiative.

It is believed that the cooperation among the countries in the region will make greater contributions to pushing for open global economy and add more power to regional development.

The author, Ou Yi is an international affairs observer.