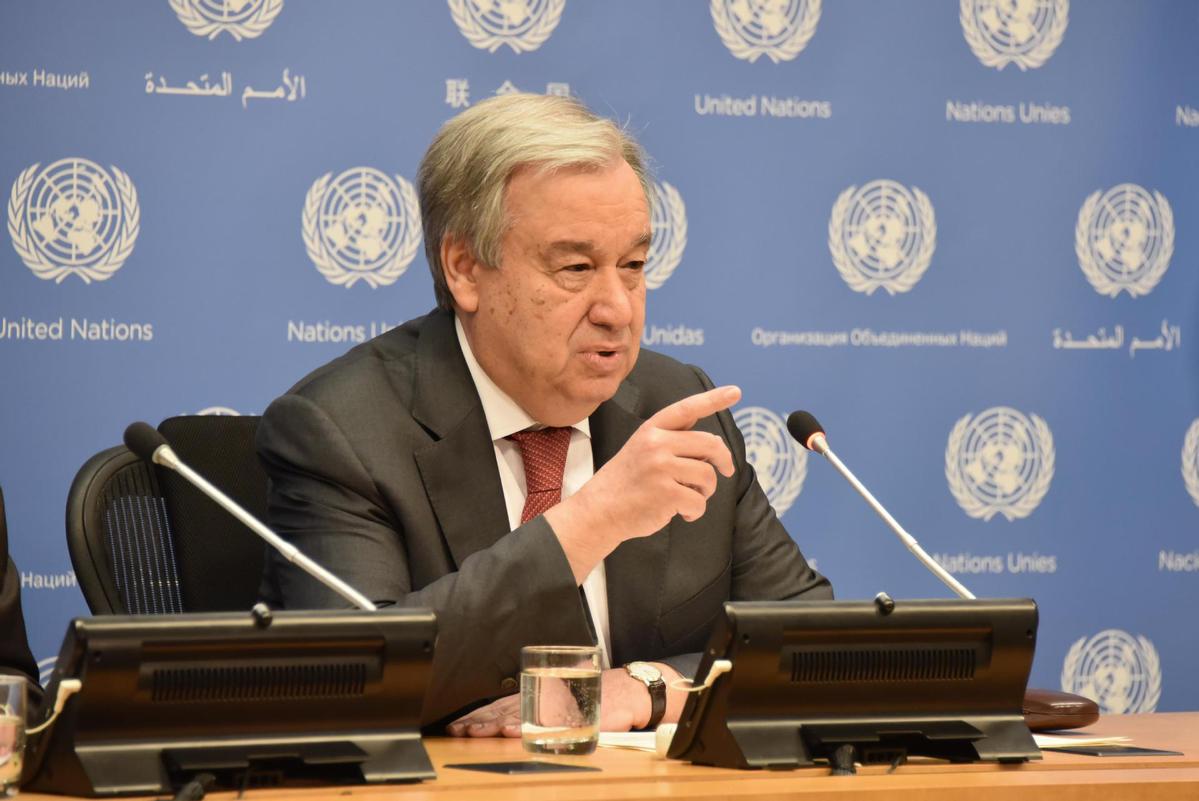 World leaders have continued voicing support for China's fight against NCP, novel coronavirus pneumonia, as the country continues its all-out efforts to curb the spread of contagion.

While talking with Premier Li Keqiang over the phone on Sunday, German Chancellor Angela Merkel hailed China's decisive steps in coping with the outbreak, which she said have won a high degree of support from the Chinese people.

Germany has adopted a prudent position on the outbreak and refrained from excessive restrictions, she said, adding that Berlin is willing to continue cooperation with Beijing on epidemic control and prevention and will continue to offer China support in medical resources.

Li expressed his hope that Berlin will facilitate China's purchase of medical resources from the country through commercial channels.

United Nations Secretary-General Antonio Guterres said on Saturday that China's actions to contain the outbreak are impressive, and he warned countries not to stigmatize China, China Global Television Network reported.

"It is clear that there is a massive effort that is made by China in order to contain the disease and avoid its propagation. I think that effort is remarkable," Guterres told reporters on the sidelines of the African Union Summit in Addis Ababa, Ethiopia.

Guterres called for strong international cooperation and solidarity in fighting NCP and said it was inappropriate to blame China because of the outbreak. "We need to avoid the stigmatization that can sometimes accompany a situation like this, in which all of a sudden, people who have nothing to do with it are stigmatized for any reason," he said.

Since the onset of the outbreak, leaders of various countries have expressed sympathy for China over the epidemic and have offered their support for its efforts in fighting the virus, the Foreign Ministry said on Saturday in a news release.

Brazilian President Jair Bolsonaro expressed his country's solidarity with China and readiness to keep its door open to China. He said Brazil would do what it can to help and support China.

Spanish King Felipe VI highly commended the Chinese government for its efforts and measures undertaken against the epidemic. He expressed his country's readiness to work with China and contribute to containing the outbreak.

The United States said in a news release on Friday that it has arranged for the shipping of nearly 17.8 tons of donated medical supplies to the Chinese people, including masks, gowns, gauze and respirators.

In the statement, the US State Department said it is prepared to spend up to $100 million in assisting China and other affected countries, both directly and through multilateral organizations, to contain and combat NCP.

Sri Lankan Prime Minister Mahinda Rajapaksa led on Wednesday a number of Cabinet ministers and members of Parliament joining in a religious activity attended by thousands of people in a monastery in Colombo, the capital, to pray for the Chinese people's victory over the virus.

In a phone conversation with State Councilor and Foreign Minister Wang Yi on Friday, the foreign policy adviser to the French president, Emmanuel Bonne, extended France's support for China's fight against NCP and admiration for China's calm, wisdom and ability in effectively bringing the epidemic under control in such a short time.

He conveyed France's readiness for experience-sharing and cooperation to help with the outbreak and expressed full confidence in China's ability to win this battle.