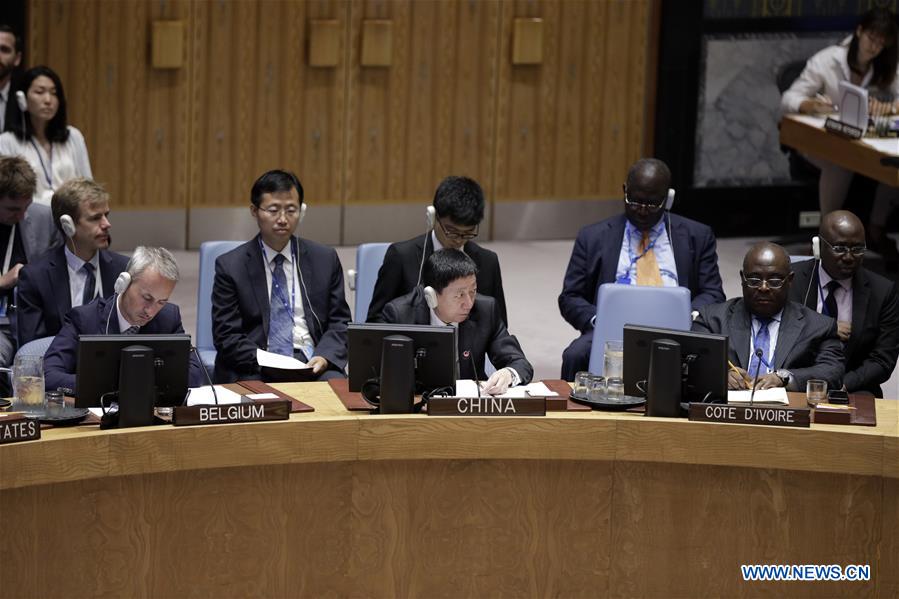 Wu Haitao, China's deputy permanent representative to the United Nations, said despite recent progress, the overall situation in the Horn of African country remains relatively complicated, and peace and stability are facing challenges.

Wu called on the international community to help improve the federal mechanism and the relationships between the federal government and the governments of federal member states.

All federal member states of Somalia should, in the spirit of cooperation, respect and safeguard the authority of the federal government and jointly realize national peace, stability and development, he said.

In addition, Wu said the world should continue to help Somalia strengthen its security capacity building.

All international partners should strengthen coordination and form synergy to help the Somali government implement the transition plan, so as to transfer the security tasks of the African Union Mission in Somalia (AMISOM) to the Somali security forces, he said.

The United Nations and the international community should provide stable, predictable and sustainable financial support to AMISOM to help the troop contributing countries improve their capacity building to combat terrorism more effectively.

Moreover, the Chinese envoy said the world should continue to increase support for humanitarian aid and economic and social development in Somalia.

In addition, he said some 2.6 million Somalis are internally displaced, fleeing conflict and drought.

The United Nations and the Somali government issued a drought impact response plan requesting 686 million U.S. dollars, he said, but only 350 million dollars has been secured so far.

Cautioning the humanitarian assistance has gaping gaps, Wu called on the international community to further increase assistance and help Somalia achieve social and economic development, thus solving the root causes of the conflict and providing guarantee for the long-term stability of Somalia.

Closing his speech, Wu said China has always supported Somalia's efforts to achieve peace and development, actively participated in its peace process, and played a positive role in promoting a political settlement of the Somali issue.

He noted China provided a shipment of food aid to Somalia in June to help the Somali government cope with the current food crisis.

China will continue to support the process of national reconstruction of Somalia and play a constructive role in achieving peace, stability and development in Somalia and the Horn of Africa.

Over the past three months, Somalia has engaged in national reconstruction, making progress in political, economic and security fields. It is also preparing for the 2020 general election.

Swan said that the national electoral cycle offers an opportunity to advance the process of democratization for the country.