BEIJING - China's consumer price index (CPI), a main gauge of inflation, rose at the fastest pace in almost eight years, but worries over excessive inflation in the country are overstated, analysts said. 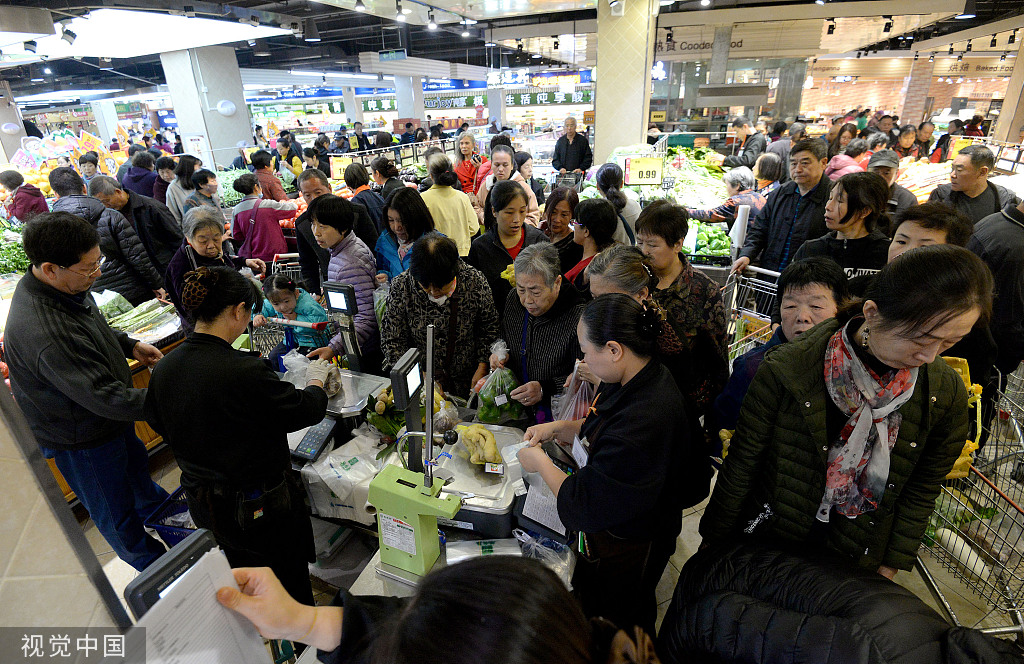 The CPI rose 3.8 percent year-on-year last month, up from 3 percent in September, the National Bureau of Statistics said Saturday.

The hike in CPI was mainly driven by soaring pork prices, which rose 101.3 percent year-on-year in October, contributing nearly two thirds to the CPI growth.

"As market demand stays relatively subdued, there are no factors that significantly drive up CPI other than pork prices," the Bank of Communications said in a research note.

The country has rolled out multiple measures to stabilize hog production and pork supply. On Nov 6, the State Council urged efforts in an executive meeting to restore hog production by ensuring the supply of swine feed, increasing the production of poultry, beef and mutton and utilizing food reserves.

Official data showed that pork imported into the country reached about 1.33 million tons during the first three quarters, up 43.6 percent year-on-year.

Ren Zeping, a chief economist of Chinese property developer Evergrande, described the uptick in CPI as "structural inflation" driven only by pork prices rather than overall inflation.

"As downward pressure on the economy remains, the main fear is deflation rather than overheated demand," Ren said in a research note, cautioning that a tighter monetary policy to curb inflation could deteriorate corporate earnings.

While food prices are relatively high, it is worth noticing that the prices of industrial consumer goods, services and housing have been rather stable since the beginning of this year, said Guo Liyan, a researcher with the Chinese Academy of Macroeconomic Research.

For the whole year of 2019, China is on track to meet the CPI target of 3 percent set by the government, according to Guo.

The country should apply flexible policies to counter rising food prices while addressing deflationary pressure in the industrial sector, with counter-cyclical adjustments to expand demand and stabilize growth, the Bank of Communications suggested.