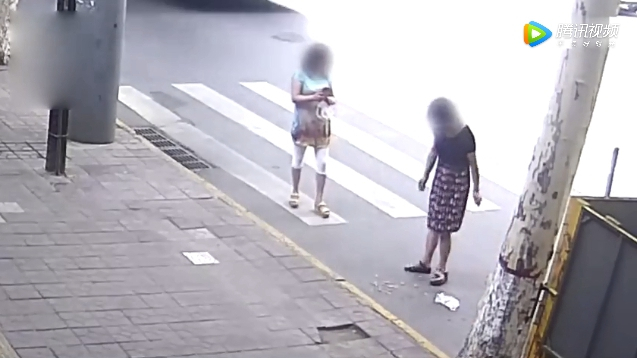 Local authorities in Xi'an City apologized for the behavior of two inspectors who caused a stir earlier this month when they were caught on camera littering on the street arguably to frame a cleaner, but declined to specify whether their move was intentional or not.

The apology came as authorities published the findings of a second investigation into the incident, which was opened following public outcry in the wake of the results of the first query, on Monday. According to the official statement, the local government admitted the two inspectors "broke the rules" and promised to educate them.

However, it didn't make clear if their attempt to dirty the street was a deliberate move to penalize a local cleaner.

Earlier this month, surveillance footage in Xi’an captured two women, later confirmed to be officials working with the bureau of the urban management and law enforcement of Xi’an’s Lianhu District, emptying plastic bags of cigarette butts on a street. They could be seen stepping on them to make it look as if the cigarette butts had been there for a while, reportedly as evidence to fine the neighborhood cleaner.

Witnesses informed the local cleaner, identified as Li, and his wife, who are both responsible for keeping the street trash-free. Li said he had been fined 200 yuan before, and expressed outrage at the fact someone would intentionally dump the content of a trash bag on the street.

"The two inspectors were counting the number of the cigarette butts that they had collected and then photographed them as evidence. They broke the rules because they didn't take the butts away once their work was done,” according to an announcement published on August 16.

Authorities at the time also denied Li received any penalty or salary deduction in the past six months, however, in their new statement, they admitted that the cleaner had indeed been fined 200 yuan in 2017.

The new statement, however, failed to convince netizens.

"I can’t see any sincerity in the letter. I think you still have not realized your mistake,” said a Weibo user who goes by the name @rothschild1201.

“We can’t see any tangible results from the letter. All you say is empty talk!” added another Weibo user called @ningzigangong.

The government also released a video, showing the two inspectors picking up cigarette butts from several roads, then dumping them in another location, counting them and then leaving without cleaning them. The authorities said in their letter that the inspectors informed the local cleaner to clean up before they left the scene.

“Why couldn't they have cleaned after dumping the cigarette butts, and instead asked cleaners to do their job? With this kind of environmental awareness, how can they inspect others?” asked some Weibo users.

Netizens are asking for a more transparent official report, worrying the credibility of authorities might be harmed by the incident.