Xi'an, capital of Northwest China's Shaanxi province, held a symposium for foreign-funded enterprises on Aug 21 in Nanjing, capital of East China's Jiangsu province, to attract foreign investment to the city.

Heads of nearly 20 well-known overseas-funded enterprises that have invested in Jiangsu attended the symposium. These companies specialize in a range of crucial fields such as electronic information, automotive manufacturing, biomedicine, artificial intelligence, aerospace and high-end equipment manufacturing.

A symposium for overseas-funded enterprises occurs in Nanjing on Aug 21, hosted by Xi'an to attract foreign investment. [Photo provided to chinadaily.com.cn]

A list of 26 investment projects in Xi'an was released at the event, covering industries such as electronic information, automobile manufacturing, artificial intelligence, aerospace, high-end equipment manufacturing and the digital economy.

As of the end of 2019, a total of 4,212 foreign-invested enterprises had settled in Xi'an, with the actual use of foreign capital totaling $47.89 billion.

During the first half of this year, actually utilized foreign capital in Xi'an reached $4.37 billion, with 91 foreign-invested enterprises launched in the city, a year-on-year increase of 9.16 percent, ranking fourth out of 15 sub-provincial cities. 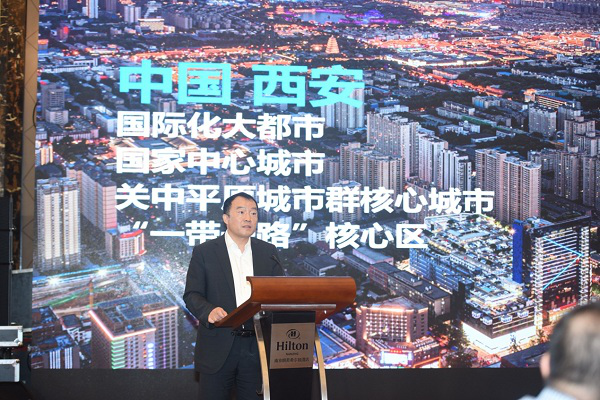 Wang Yong, deputy mayor of Xi'an, delivers a speech at the symposium. [Photo provided to chinadaily.com.cn]

Xi'an strives to provide a convenient, international and lawful government and market environment for every foreign enterprise that invests in the city. 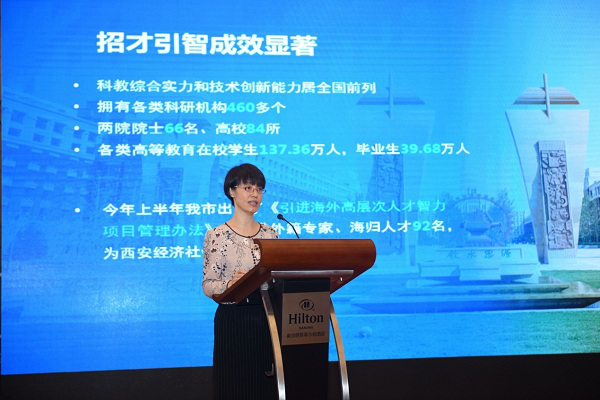 Huang Yuhui, director of Xi'an municipal bureau of investment cooperation, introduces Xi'an's achievements in attracting talents in the first half of this year. [Photo provided to chinadaily.com.cn]

The city has also established and improved the foreign investment service system to provide global investors with online support 24 hours a day and help companies solve problems encountered during their production and operation activities.

The attendees agreed that Xi'an, as a hub connecting China's eastern and western regions, is an important gathering place rich in innovation resources and has a favorable business investment environment.