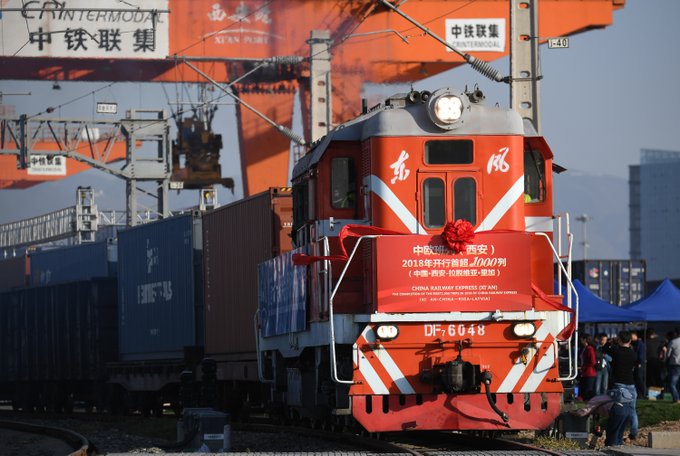 From January to October, freight trains transported a total of 1.05 million tonnes of goods with the value of $1.49 billion, according to Sun Yimin, director of the administrative committee of Xi'an International Trade and Logistics Park.

Among these trains, 413 were bound for Asian destinations and 201 were bound for Europe while 68 returned from Asia and 354 came back from Europe, Sun said.

Xi'an, known in ancient times as Chang'an, is the starting point of the Silk Road -- an ancient land trade route that ran through northwest China's Shaanxi, Gansu and Xinjiang, and central and western Asia, before reaching the Mediterranean.

Xi'an launched its first China-Europe freight train on Nov. 28, 2013. Currently, there are 11 China-Europe transport routes starting from Xi'an, which run through the major countries along the Silk Road.