The first batch of 60 methanol taxis in Xi'an, Shanxi Province was unveiled on Thursday, December 20. These new taxis use M100 pure methanol which contributes to pollution control and reduction. 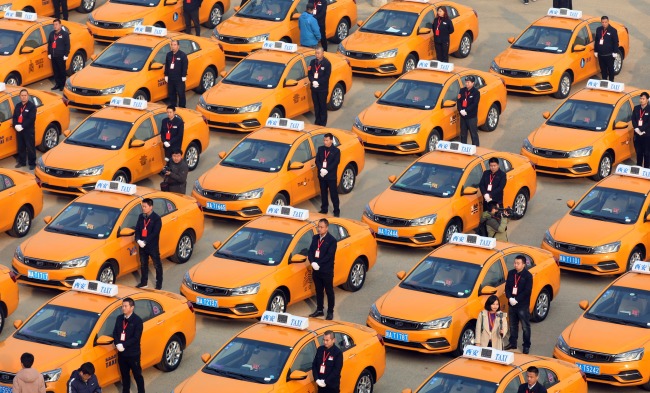 A ceremony for the first batch of 60 methanol taxis launched in Xi'an on Thursday, December 20, 2018. (Photo: China Plus)

Compared with traditional gasoline vehicles, methanol M100 vehicles have advantages in environmental protection, power and safety. The carbon emissions of new taxis is significantly reduced, which is of great importance to Xi'an pollution control. In addition, methanol fuel prices are cheaper than petrochemical fuels, making the new taxis more economical.