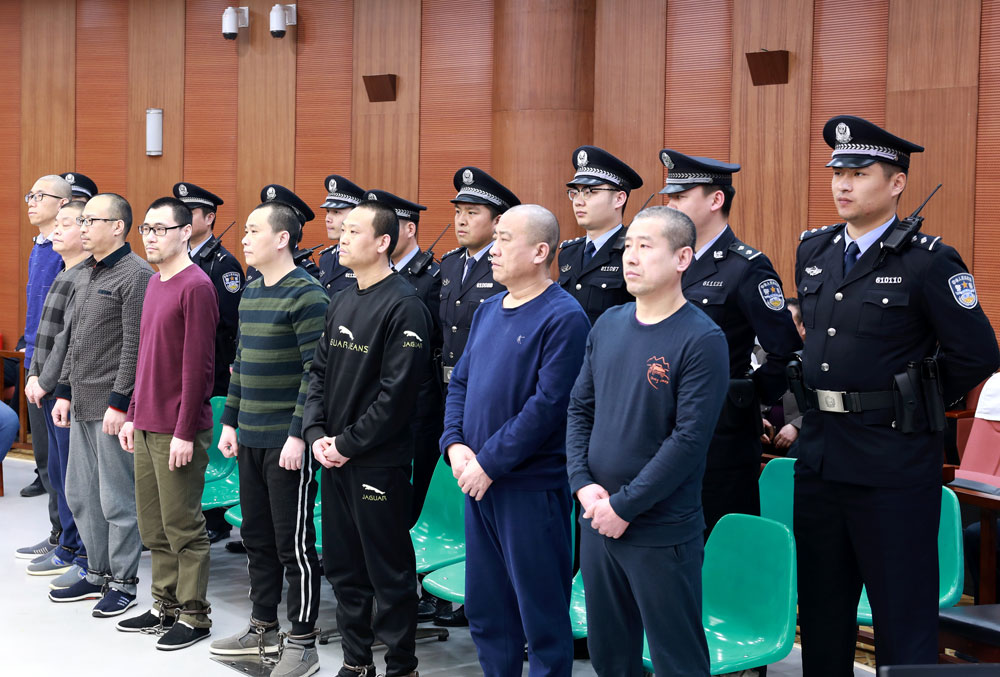 Wang Zhiwei, former head of a cable-making company in Xi'an, Shaanxi province, was sentenced to life imprisonment and fined 21.5 million yuan ($3.2 million) at a local court on Friday for multiple crimes, including bribery, and producing and selling counterfeit products.

Seven other defendants from the Shaanxi Aokai Cable Co were given sentences ranging from seven years to 12 years and three months as well as fines, according to a judgment from the Xi'an Intermediate People's Court.

The company was also ordered to pay 30.5 million yuan in fines, it said.

The court did not release whether the defendants and the company appealed the ruling.

Between February and July 2015, the company signed contracts with construction departments to supply power cables for subway Line 3 in Xi'an, but to lower costs Wang sold them substandard cables, the court said.

The company also offered poor-quality cables produced by other enterprises in the name of Aokai. The other seven defendants participated in the process knowing the cables were problematic, it said.

An audit showed the company earned more than 38.4 million yuan selling cable for the project, it said.

In addition, the company gave 427,000 yuan in bribes to 14 government officials through four defendants, including Wang, to seek illicit profits, and Wang also offered 580,000 yuan to another three officials when he was a salesman at Changjiang Gaoke Cable Co, it added.

The company ignited public outrage on March 13, 2017, when a netizen reported subway Line 3 in Xi'an had serious security risks and the cables used in the line were substandard and might ignite or release toxic gases.

An inspection of companies producing electric wires and cables was launched across the nation, and China's railway watchdog replaced all cables provided by Aokai.

Wang, the principal defendant, apologized and knelt down in a TV interview after the incident, admitting the company won its bid to supply metro systems with a low price, but cutting quality to increase profits.