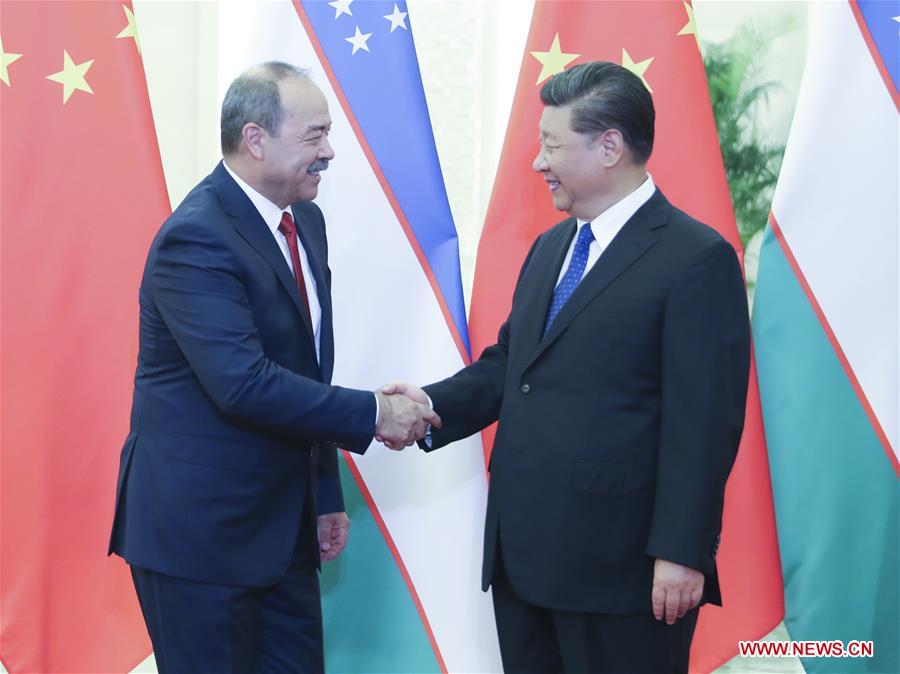 The key to the constant leap-forward development of China-Uzbekistan relations is that both sides always adhere to the spirit of good-neighborliness, mutual benefit and mutual assistance, according to Xi.

Hailing the achievements of the fifth meeting of the China-Uzbekistan intergovernmental committee of cooperation, Xi said that the cooperation goals set by the two sides will certainly be realized as long as the bilateral relationship stays on the right track.

Xi called on both countries to further promote the high-quality construction of the Belt and Road, enhance synergy between national development strategies, strengthen connectivity through cross-border roads and railways, expand cooperation in trade, investment, high and new technology, energy and other fields, as well as foster new highlight in people-to-people and cultural exchanges.

China is willing to increase imports of Uzbek quality agricultural products, Xi said, adding that Uzbekistan is welcome to attend the second China International Import Expo as guest of honor later this year. 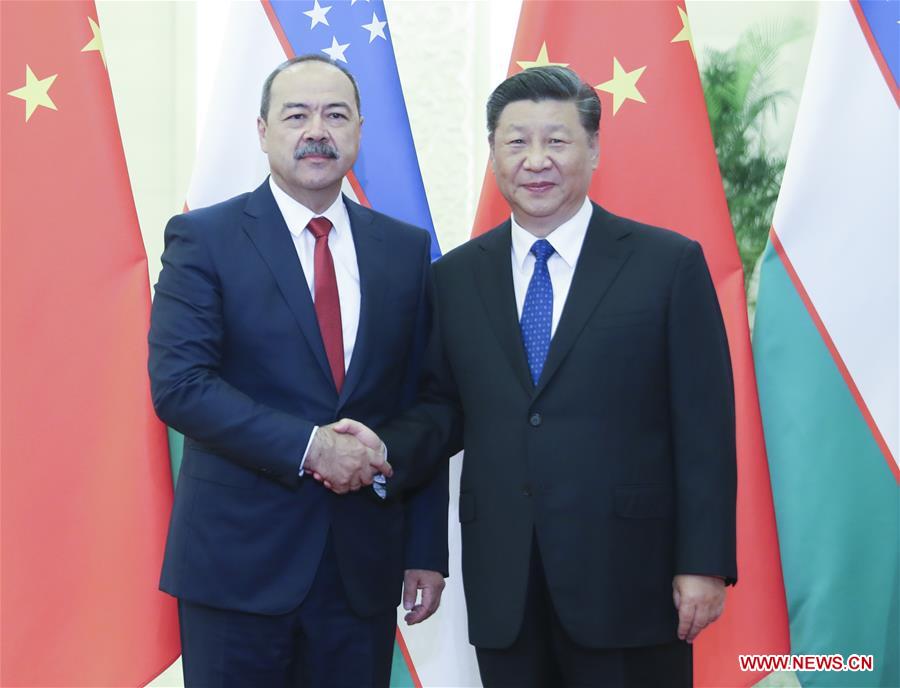 In addition, Xi said that the two sides should work together to combat the "three evil forces" of terrorism, separatism and extremism, fight against drug trafficking and other transnational organized crimes.

The rejuvenation of the Chinese nation is to seek happiness for the Chinese people and will also benefit world peace and human progress, Xi said, stressing that China will absolutely not follow the old path of "a strong country must seek hegemony."

He also called on the two countries to work with other members of the Shanghai Cooperation Organization (SCO) to raise the awareness of a community with a shared future and lift cooperation in various fields, so as to promote further development of the SCO and benefit peoples of various countries in the region.

Aripov conveyed President Mirziyoyev's sincere greetings and lofty respect to President Xi and his warm congratulations on the 70th anniversary of the founding of the People's Republic of China.

President Mirziyoyev sincerely hopes China will achieve greater prosperity and early national rejuvenation under the leadership of President Xi, according to Aripov.

Calling China "the closest and most reliable neighbor and partner" of Uzbekistan, Aripov said that Uzbekistan will work with China to firmly implement the important consensus reached by the two heads of state.

Mirziyoyev has appointed a special agency to synergize development strategies with the Chinese side, actively promote cooperation with China on the construction of the Belt and Road, and expand people-to-people and cultural exchanges, according to Aripov.

Uzbekistan firmly supports China in safeguarding its sovereignty, security and unity, and will continue to actively work with China to combat the "three evil forces" of terrorism, separatism and extremism, said Aripov.

Aripov is paying an official visit to China from Tuesday to Thursday at the invitation of Chinese Premier Li Keqiang.