Xi: China, Finland to team up 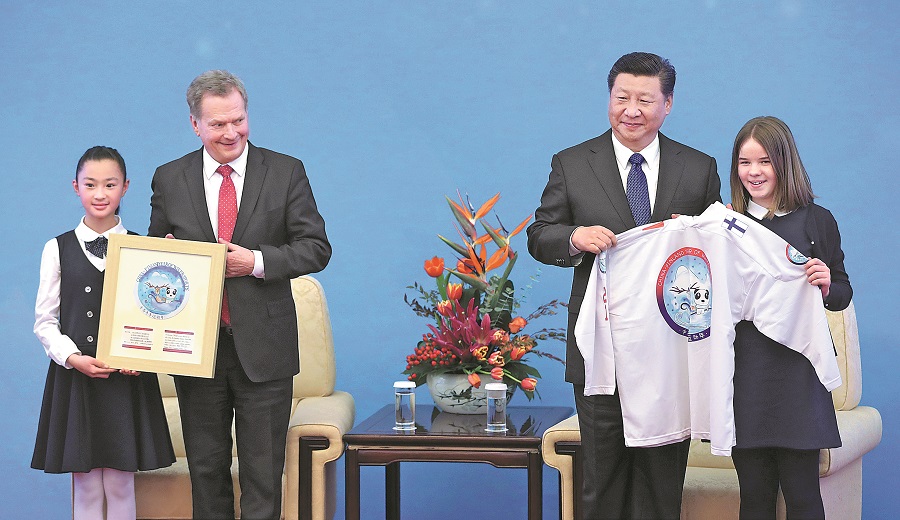 President Xi Jinping and Finnish President Sauli Niinisto, attending the inauguration of the 2019 China-Finland Year of Winter Sports, are given items with the year's logo by children from each country at the Great Hall of the People in Beijing on Monday. (Photo by Feng Yongbin/China Daily)

Xi made the remark while meeting with Finnish President Sauli Niinisto at the Great Hall of the People in Beijing. As the two presidents looked on, their countries signed a number of cooperation documents.

After the signing ceremony, the two leaders attended the launch event for the China-Finland Year of Winter Sports.

Niinisto said that the two countries have a history of sports cooperation, and Finland supports China’s hosting of the 2022 Winter Olympic Games.

During their talks, Xi said that the two countries should uphold mutual respect and mutual trust, keep an open and inclusive mind, respect each other’s development path and take each other’s core interests into consideration. 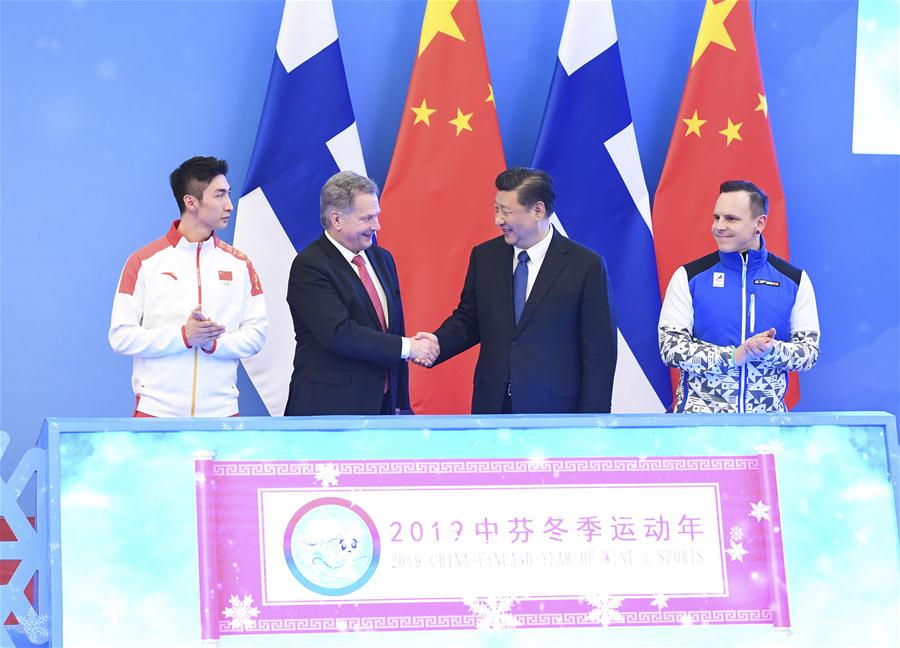 Xi proposed that the two countries make full use of the advantages of China-Europe railway connections, promote bilateral trade and seek cooperation opportunities on such projects as exploitation of Arctic shipping routes.

During the Finnish president’s visit, the two countries will issue a joint action plan, which Xi said “will be a comprehensive road map for advancing all areas of our relationship”.

“I believe the strong China-Finland relationship will deliver tangible benefits for both sides,” Xi said.

China has always supported the integration of Europe and hopes that Europe will remain united, stable, open and prosperous, Xi said.

The Belt and Road Initiative put forward by Xi is of great importance, he said.

Finland would like to play a positive role in promoting the interconnectivity of Eurasia, he added. 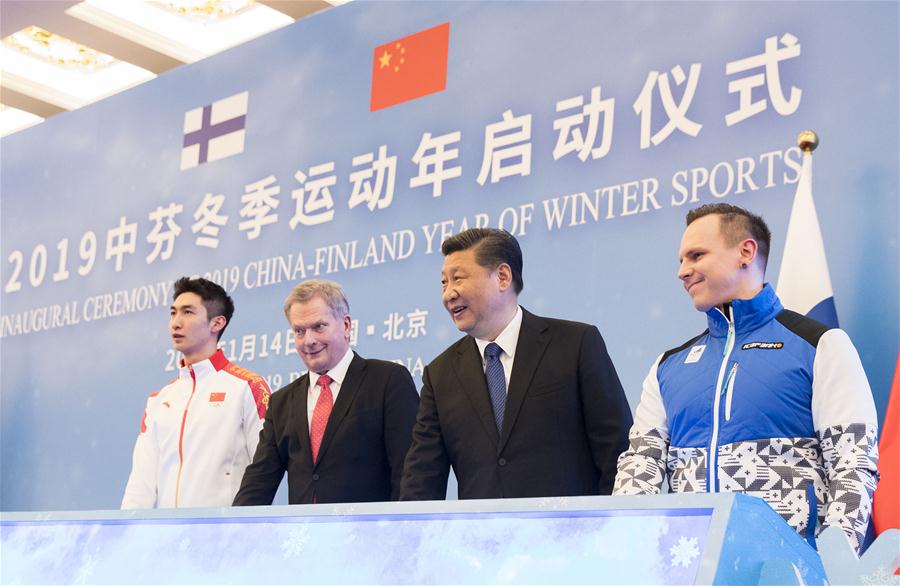 Finland would like to enhance cooperation with China in such areas as trade, innovation, environment, tourism, Arctic affairs, and winter sports, the Finnish president said.

Sampo Terho, Finland’s minister for European affairs, culture, and sport, said that the meeting of the two presidents will create more visibility for events to be held during the China-Finland Year of Winter Sports.

He said at a news briefing in Beijing that Finland has a lot to offer in terms of helping China with its goal of creating 300 million new winter sports enthusiasts and building the infrastructure needed to support that.

“Closer cooperation in winter sports between China, the host of the 2022 Winter Olympics, and Finland, a traditional winter sports country, will greatly strengthen our bilateral ties,” he said.