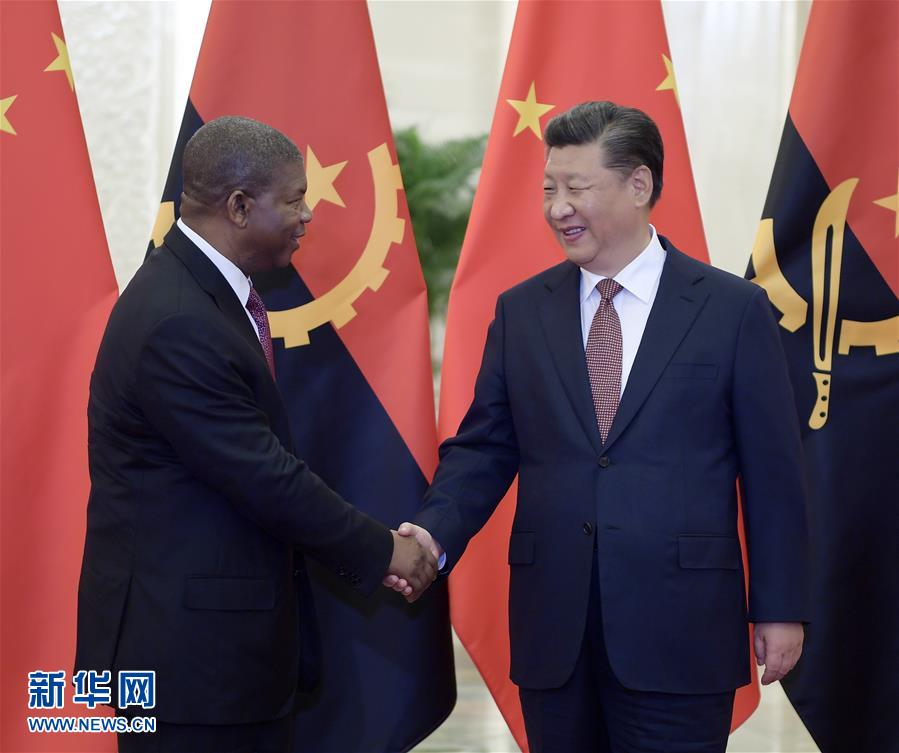 Noting that China and Angola have jointly explored a unique path of common development since the two countries established a strategic partnership eight years ago, Xi called for efforts to advance this partnership to a higher level as this year marks the 35th anniversary of the establishment of the diplomatic relations between China and Angola.

Lourenco said Angola-China relations are strong and firm. He thanked China for its contributions to Angola's reconstruction and social economic development, and said Angola firmly upholds the one-China policy.

China has always given its precious help when Africa faced difficulties and has been playing a very important role in Africa's peace and development, Lourenco said, adding that African countries highly value their friendship with China and expect to take an active part in the FOCAC development.