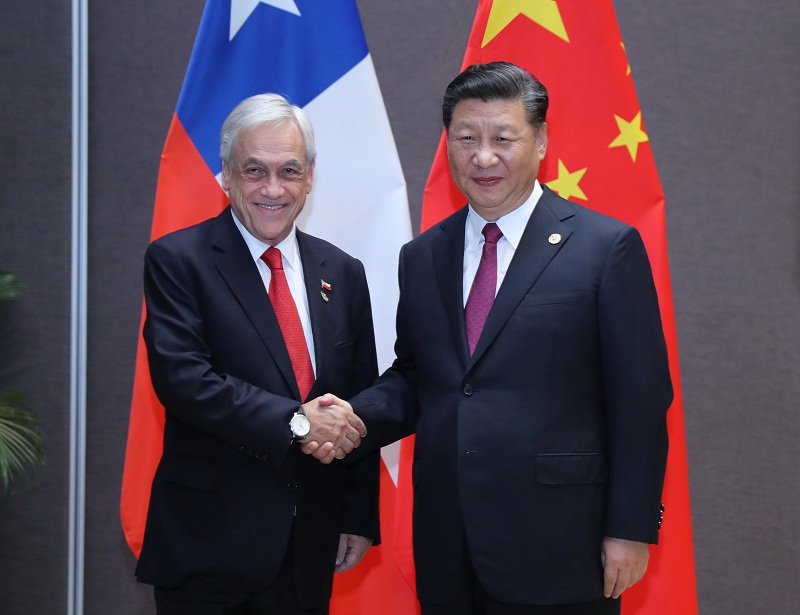 Chile was the first South American country to establish diplomatic ties with China, and the bilateral ties have long taken a lead among China-Latin America relations, said Xi, hoping bilateral cooperation could enter a new stage under current circumstances.

Xi extended congratulations to Pinera on his second term as Chilean president, saying China-Chile comprehensive strategic partnership, under the guidance of the two heads of state, would open up a new chapter, achieve new development and make more contributions to overall China-Latin America cooperation.

China and Chile have already signed the inter-governmental agreement on the Belt and Road Initiative, and the next move in this regard is to define key areas and projects and strive for early harvest, said the Chinese president.

Xi stressed the role of bilateral cooperation mechanisms, adding that the two sides should take the opportunity of upgrading of the Free Trade Agreement (FTA) to expand the scale of trade, optimize trade structure, deepen investment cooperation, and press ahead major interconnectivity projects. 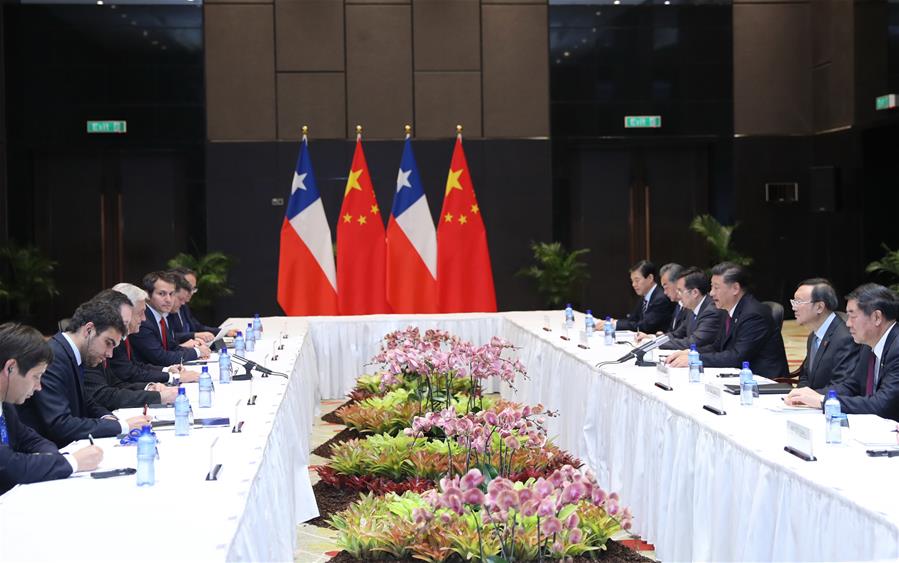 Xi proposed holding a series of celebrations as the year of 2020 marks the 50th anniversary of establishment of China-Chile diplomatic relationship.

China is willing to step up cooperation with Chile in areas like technology and Antarctic affairs, he added.

China supports Chile hosting APEC Economic Leaders' Meeting next year, and will work jointly with Chile to push forward the construction of the Free Trade Area of the Asia-Pacific, said Xi.

Pinera highlighted the solid foundation and robust development of Chile-China relations, saying that China is Chile's biggest trade partner and major investment source country, and that the FTA upgrading provided a broader prospect for further cooperation.

Pinera said Chile hopes to maintain communication and coordination with China and make next year's APEC meeting a success.