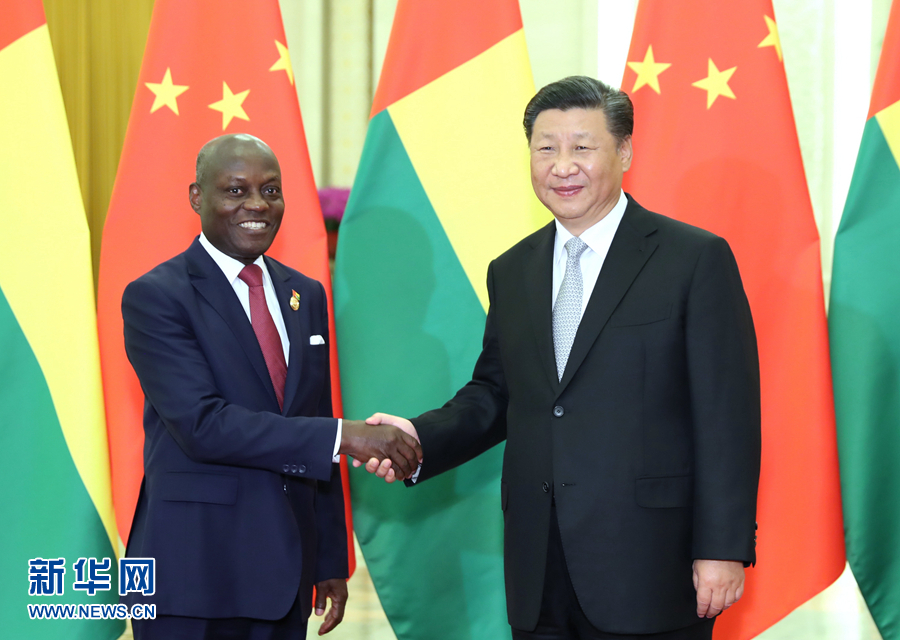 Xi expressed thanks to Vaz for his contribution to the success of the summit and spoke highly of his support for strengthening China-Africa cooperation and jointly building the Belt and Road.

Xi said China will work with Guinea-Bissau to continue mutual support, expand agricultural and health and medical cooperation, and make full use of FOCAC and the Forum for Economic and Trade Cooperation between China and Portuguese-Speaking Countries in a bid to translate friendship into more cooperation outcomes.

The Belt and Road Initiative creates fresh opportunities for China, especially central and western provinces and cities, to step up external exchanges, Xi said, adding the regions will be encouraged to strengthen cooperation with countries including Guinea-Bissau.

During his visit to China, Vaz learned about rice cultivation from Academician Yuan Longping in Hunan Province, as China is helping the country achieve food self-sufficiency. He also visited Chongqing for the second time in 14 years and found a tremendous amount of new development in the city.

Guinea-Bissau is willing to use China's experience in governance and poverty reduction as a reference, and seize the opportunity of the summit to actively participate in the Belt and Road construction and expand cooperation with China.