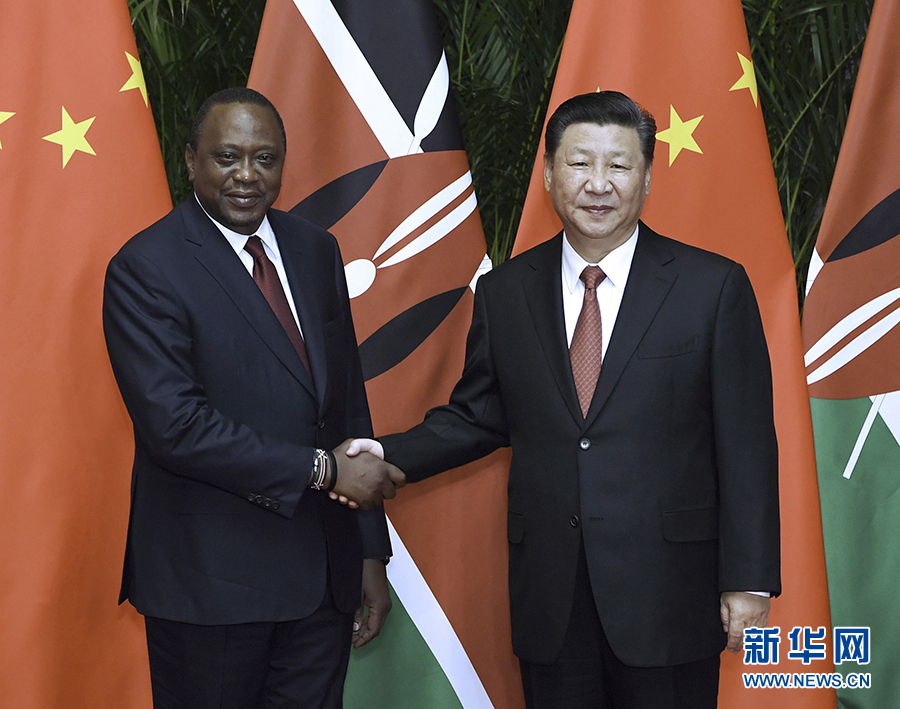 Xi recalled the meeting between the two presidents during the 2018 Beijing Summit of the Forum on China-Africa Cooperation (FOCAC) in September and the consensus reached, calling on both sides to push for new progress in deepening the comprehensive strategic and cooperative partnership while implementing the outcome of the summit and the Belt and Road Initiative (BRI).

China and Kenya should maintain high-level exchanges, expand cooperation in all areas, and continue to support each other on issues involving respective core interests and major concerns, said Xi.

Xi welcomed Kenyatta to the import expo and said that China is ready to help increase the added value and competitiveness of Kenyan products and expand imports from Kenya.

On projects of railway construction, Xi said China is willing to work with the Kenyan side to conduct feasibility studies and hopes Kenya will provide a good business environment for Chinese companies operating there.

Xi said both sides should strengthen communication and coordination in regional and international affairs and jointly defend the multilateral system and order.

Kenyatta thanked China for hosting the expo, which he dubbed a major innovative move to open its market.

He also thanked China for making Africa an important direction in its opening-up.

He spoke highly of Xi's proposal of the BRI and his efforts in promoting the FOCAC, calling them "China's important contribution to world peace and common development."

Kenya is ready to work with China in safeguarding multilateralism and the free trade system and contribute to the building of a community with a shared future for humanity, said Kenyatta. 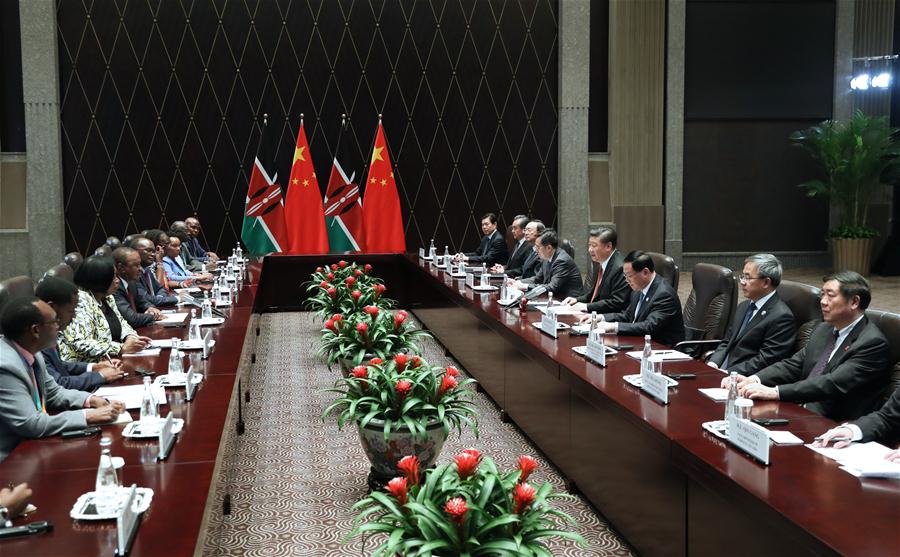