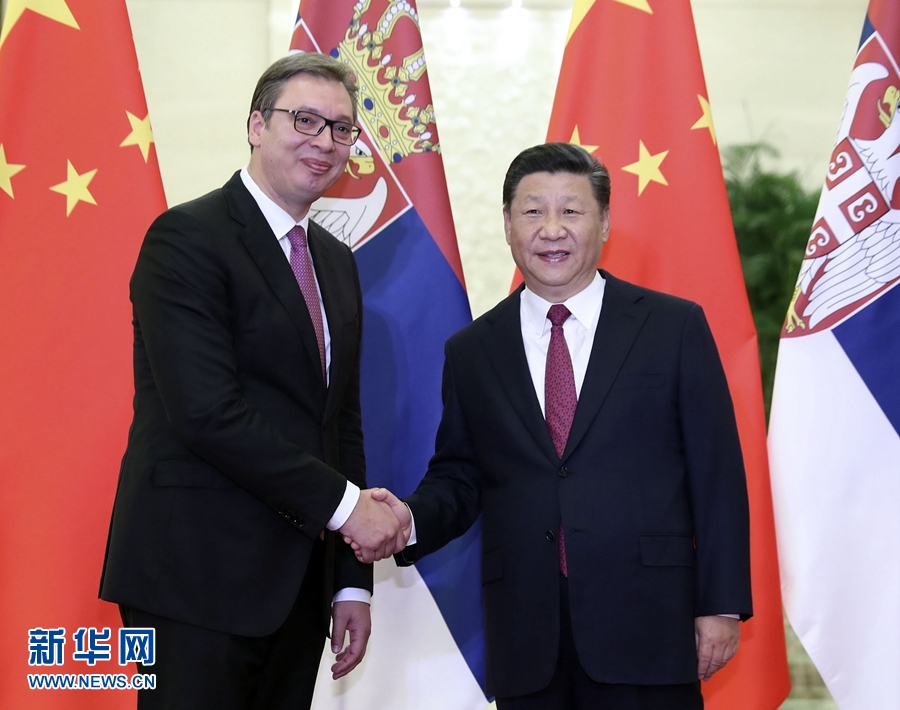 Hailing the traditional friendship and deep trust between China and Serbia, Xi said the two countries have seen fruitful outcomes of pragmatic cooperation. He welcomed the implementation of consensus reached between him and Vucic on bilateral cooperation, which has injected strong power into the development of China-Serbia relations.

China is willing to work with Serbia to firmly support each other on issues involving their respective core interests and major concerns, and jointly safeguard multilateralism and international justice, he added.

Xi mentioned the smooth cooperation between China's Hebei Iron and Steel Group and Serbian Smederevo steel plant, and the fact that the project has become Serbia's second-largest exporter.

China and Serbia should join hands in the Belt and Road construction, and synergize their development strategies to deepen bilateral cooperation and better benefit the two peoples, Xi said.

For his part, Vucic said Serbia appreciates China's help and is willing to become a truehearted partner of China and continually support each other to consolidate their friendship.

He said Serbia will actively participate in the initiative and explore new cooperation areas with China under the China-Central and Eastern European Countries cooperation framework.