BEIJING, Sept. 2 (Xinhua) -- Chinese President Xi Jinping on Sunday met with Sudanese President Omar al-Bashir ahead of the 2018 Beijing Summit of the Forum on China-Africa Cooperation. 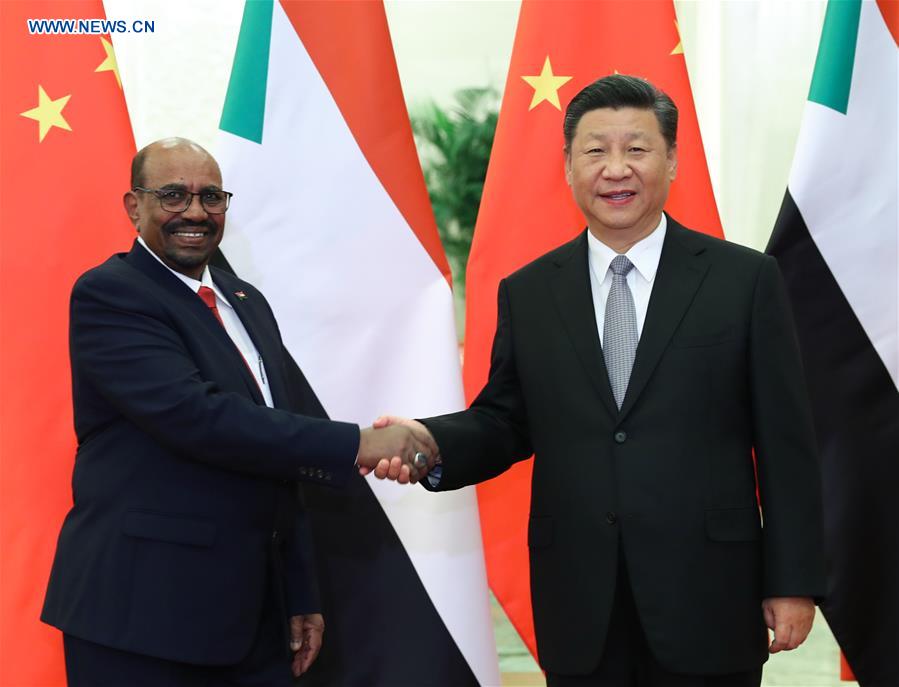 Pragmatic cooperation between China and Sudan has played an important part in promoting the economic development of both countries and stands as a fine example of South-South cooperation, Xi said.

China welcomes Sudan's participation in the Belt and Road construction and would like to take the opportunity to boost energy cooperation between the two countries and create a new mode of agricultural cooperation covering the entire industrial chain, Xi said.

China commends Al-Bashir's active engagement in pushing the signing of a comprehensive peace deal by all parties in South Sudan and is willing to work with Sudan to make an active contribution to peace and stability in South Sudan, the Chinese president added. 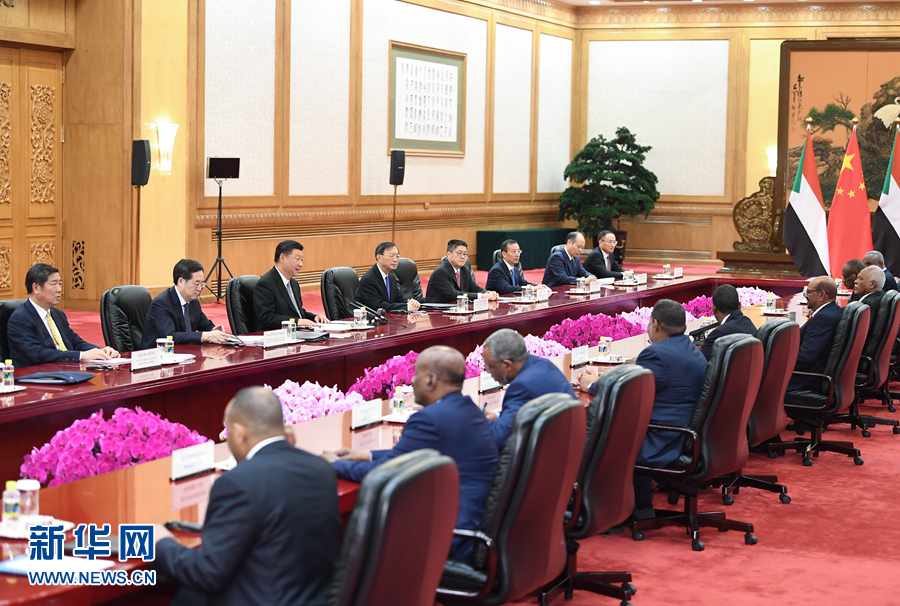 Chinese President Xi Jinping meets with Sudanese President Omar al-Bashir at the Great Hall of the People in Beijing, capital of China, Sept. 2, 2018.

Hailing the solid mutual political trust and deep traditional friendship between the two countries, Al-Bashir spoke highly of China's great achievements in development and its important role on the international stage.

Al-Bashir expressed his gratitude for China's firm support for Sudan's efforts to safeguard sovereignty, independence, and stability, as well as for Africa's course of peace and development.

Sudan supports the Belt and Road Initiative and the proposal for building an even stronger China-Africa community with a shared future, Al-Bashir said.

The Sudanese president also expressed the willingness to enhance pragmatic bilateral cooperation between the two countries and their coordination in global and regional affairs.

After the meeting, the two presidents witnessed the signing of agreements on bilateral cooperation.