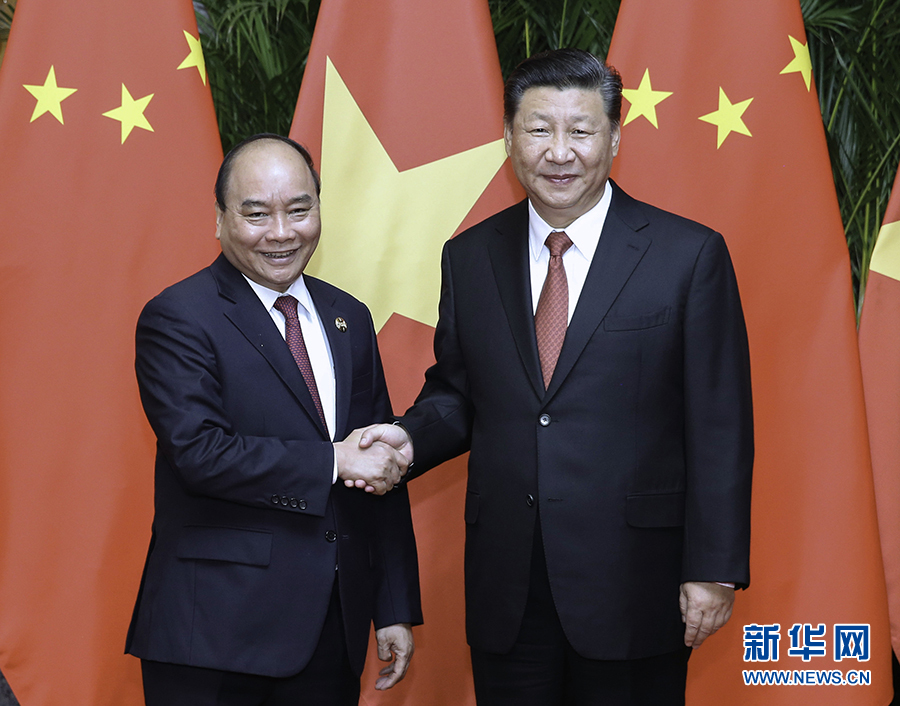 Xi said this year marks the 10th anniversary of the establishment of comprehensive strategic cooperative partnership between the two countries.
China and Vietnam should uphold the tradition of close high-level exchanges between both parties and states, press for the dovetail of China's Belt and Road Initiative and Vietnam's "Two Corridors and One Economic Circle" plan and confirm priority areas in cooperation, Xi said.
As China's largest trading partner in Southeast Asia, Vietnam will participate in the first China International Import Expo as a guest of honor, Xi said, stressing China will import more Vietnam products that are marketable in the Chinese market.
Xi also said both sides should work together to maintain maritime peace and stability, and advance maritime cooperation.
Phuc said Vietnam will engage in pragmatic cooperation with China and enhance connectivity of the Belt and Road Initiative and the "Two Corridors and One Economic Circle" plan.
The international import expo shows China's commitment to opening up and free trade, Phuc said, adding that Vietnam will properly address maritime issues according to the consensus and principles reached by the leaders of both countries.