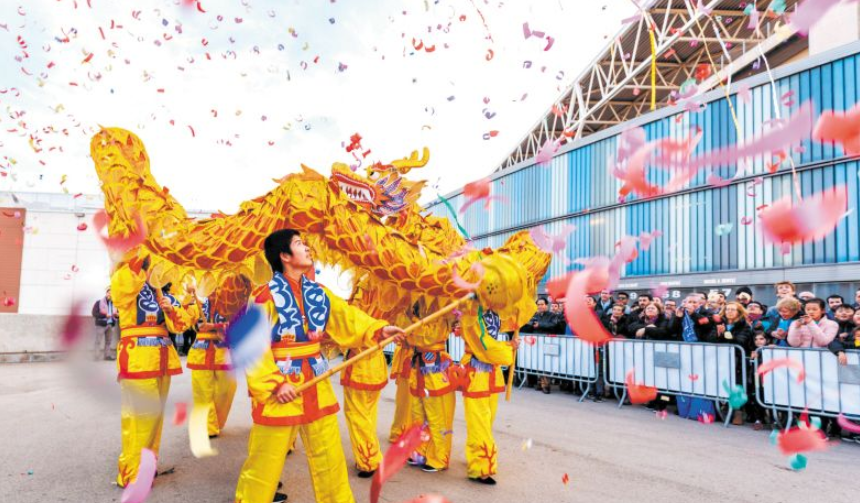 BEIJING, Dec. 31 (Xinhua) -- Overseas Chinese said the New Year speech delivered by President Xi Jinping on Monday encouraged them to contribute to the exchanges between China and other countries.

China will continue to push ahead with the joint construction of the Belt and Road Initiative (BRI), Xi said in his speech.

Touching upon this, He Liqin, editor-in-chief at Singapore's Chinese media "Singapore Eye," said China's exchanges with other parts of the world get increasingly frequent and close.

She added that she and her colleagues are making an effort to promote cultural exchanges between China and Singapore, so as to contribute to building the Belt and Road.

Xu Jinli, who is now working in Russia, represents the China Council for the Promotion of International Trade.

Zu Lijun, Chinese director of the Business Confucius Institute in Athens, Greece (BCI Athens), was impressed by Xi's pledge in the speech that China will continue to advocate for the development of a community with a shared future for mankind and work tirelessly for a more prosperous and beautiful world.

BCI Athens will continue to promote cultural communication so as to make contribution to the building of a community with a shared future for mankind, Zu said.