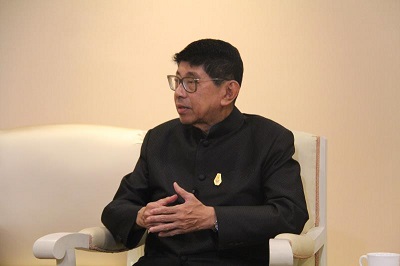 Bangkok – The new theory raised by Xi Jinping, Socialism with Chinese characteristics in the new era, at the 19th National Congress of the CPC is significant for the whole world, said Thai Deputy Prime Minister Wissanu Kreangam.

“I am following the information from the 19th National Congress for the whole seven days since October 18, because from now on it is affecting the development of the whole world,” said Wissanu.

He noted that Xi’s thought on Socialism with Chinese characteristics in new era is outstanding, and the rest of world, including Thailand, must focus on it to know a future China.

Thailand could also learn something from Chinese characteristics, said the deputy prime minister, such as One Country, Two Systems principle and the Belt and Road Initiative, and even follow some Chinese experience which went successful.

“The Party Congress is a good model, because it dominates the party and country in the next five years,” said Wissanu. “Thailand should learn something from it, and unify the whole people toward the same goal after making a sustainable development target and deliver to the mass clearly.”