Chinese ambassador to the Philippines said that the upcoming visit by President Xi Jinping has far-reaching significance and it will be a milestone for stronger and closer relations between the two countries. 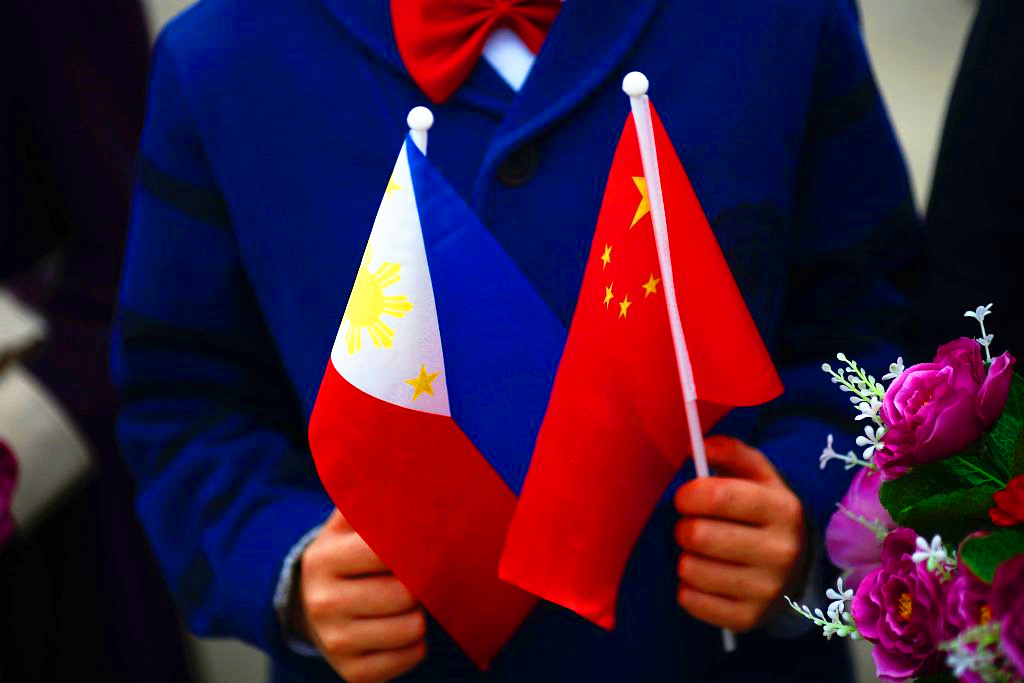 At the invitation of Philippine President Rodrigo Duterte, Xi will pay a state visit to the southeastern Asian country on Nov. 20-21.
Zhao Jianhua, in an interview with Chinese media on Thursday, said that over the last two years, under the guidance of the leaders of the two countries, China-Philippines relations have achieved an overall turnaround, and are moving forward along a fast track.
Practical cooperation in all fields between the two sides has started to be resumed and bilateral relations are entering a brand new period, Zhao said, noting that Xi and Duterte will exchange in-depth views over issues of common concern and map out a new blueprint to develop the two countries' ties.
The ambassador said Xi and Duterte have met several times before and forged a solid working relationship and strong personal friendship. With political wisdom, the two leaders have reached important consensus that the South China Sea issue should be handled through dialogue and consultations, he said.
The two leaders work hard together to make the South China Sea a sea of peace, friendship and cooperation, Zhao said. In his opinion, it is a significant contribution to the region's long-lasting stability and common prosperity.
By properly controlling the divergence on maritime issues and keeping close contacts on practical cooperation, China and the Philippines are jointly working to advance consultations on the Code of Conduct (COC) in the South China Sea. According to the ambassador, the two countries forged a bilateral consultation mechanism on the South China Sea issue and have met three times successfully.
"We hope that the two countries could set a fine example on dealing with the South China Sea issue," Zhao said. That is, he explained, with joint efforts in maintaining peace and stability and promoting cooperation in the South China Sea, China and the Philippines could make the issue a bridge and a link in bilateral cooperation. Meanwhile, the two countries' practices and expeience in addressing the issue can serve as a guidance for the region.
He said that China is ready to work with the Philippines to push forward cooperation in such fields as ocean environmental protection, scientific research, fishery and search and rescue to benefit the two peoples.
Calling the Philippines a key part on the ancient Maritime Silk Road as well as a natural partner for joint construction of the Belt and Road Initiative, Zhao said trade and economic cooperation has benefited from the warm relations.
China attaches great importance to aligning its Belt and Road Initiative with the Philippines' Ambisyon Natin 2040 development strategy as well as the country's multi-billion-US-dollar "Build, Build, Build" program, Zhao said, adding that China's firm support for the Philippines' construction and growth demonstrates that China is a reliable partner for the southeastern Asian country.
Statistics show that trade volume between the two countries in 2017 topped 50 billion US dollars, making China the Philippines' largest trading partner and source of imports, as well as the fourth largest export market.
Last year, the newly added investment from China reached 53.84 million dollars, representing a year-on-year increase of 67 percent.
During the just-ended China International Import Expo in Shanghai, more than 40 exhibitors from the Philippines have taken part in it, the ambassador said. "This is mutually beneficial, and will bring benefits to our peoples."
Blooming relations have also brought more Chinese tourists to the Philippines. China has now become the second biggest source of tourists to the Philippines, Zhao said, adding that more than 1.5 million Chinese tourists are expected to visit the country this year and that will generate an estimated amount of income worth over 32 billion Philippine peso (about 610 million dollars) in the country.
China is ready to work with the Philippines to help and support each other and jointly move forward to the new "Golden Era" of the two countries' relations, he added.