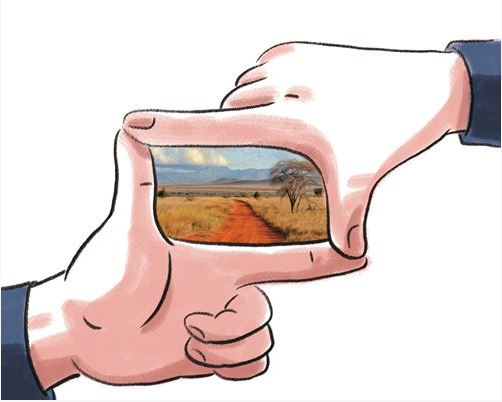 President Xi Jinping's visit to Africa, which will begin on July 19 and last through July 28, has been perceived as a significant opportunity to execute agreements with the continent that can bring about major transformation.

African development experts have welcomed the move as a step in the right direction as it builds on previous agreements between the two partners, and is therefore a demonstration of a growing and sustainable mutually beneficial partnership.

Previous agreements between the two sides have revolved around issues of trade, energy, science and technology, but this particular visit will zero in on the big four - trade, investment, infrastructure and defense.

The visit will see the president of the second largest economy visit the United Arab Emirates (UAE), Senegal, Rwanda, South Africa and Mauritius.

Mauritius has particularly special ties with China. The eastern nation is not only its largest trading partner, Mauritius is the first African country to have started free trade negotiations with China.

In South Africa, Xi will be attending the 10th BRICS Summit, the sixth consecutive time he is attending the meeting. One of the key agenda at the upcoming summit is to develop comprehensive strategic partnerships to boost the progress of the "Fourth Industrial Revolution."

China and Africa's focus on trade, investment, infrastructure and defense is key as the continent, with a partner like China, could be at the threshold of an economic renaissance.

A growing number of African countries are exploring the continent's immense but untapped blue economy to address its critical development challenges.

The blue economy involves exploiting resources such as oceans, lakes and rivers into African Agenda 2063 for socioeconomic transformation. China has taken the lead in pushing for marine-friendly cooperation and can offer Africa the support it needs to exploit its blue world.

Although 70 percent of African countries either have coasts or are islands, ships owned by Africa account for less than 1.2 percent of the world's shipping.

There are many lessons Africa can learn from China on trading by sea as most of the East Asian nation's trade is transported by sea. China is already laying the foundation for Africa to explore its blue world through the Belt and Road initiative.

This is President Xi's signature investment initiative. It is a mega project whose primary focus is to boost infrastructure, transportation, energy and trade.

Going by the new focus in the blue economy, the project entails strategically building railroads and shipping lanes linking 70 countries across Asia, Africa, Europe and Oceania. With this initiative, China has put forward plans for three ocean-based blue economy passages.

Senegal, Rwanda, South Africa and Mauritius are among Africa's blue economy champions. Research shows that South Africa's Operation Phakisa, an initiative that seeks to unlock the economic potential of the continent's oceans, is expected to create 1 million new jobs by 2033 and add approximately $13 billion to the country's economy.

Tanzania, Kenya, Ethiopia, Djibouti and Egypt are among African countries that will benefit from the Belt and Road initiative. Kenya is reaping the benefits of the Chinese-built Standard Railway Gauge connecting the port city of Mombasa and its capital.

Maritime trade cooperation between the two partners can also address the perpetual energy problems facing Africa. Ocean renewable energy has sufficient potential to provide up to 400 percent of current global energy demand, according to the International Energy Agency.

There has been a rise in the number of African students including young politicians accessing education and training in China. In 2016, the number of Beijing scholarships for African junior politicians climbed from just 200 to 1,000 per year.

As many African leaders struggle with the modern socio-economic challenges of governing their fast-growing population, a lot could be learnt from President Xi governing approximately 1.3 billion people.

Talking of defense, the link between peace and development has never been clearer. In 2015, Beijing pledged to offer $100 million free military aid to the African Union in the next five years.

China's first overseas support base recently became operational in Djibouti which demonstrates the extent to which relations with Africa have growth and diversified.