Chinese President Xi Jinping is about to pay a state visit to Spain, the first one to be paid by a Chinese head of state in 13 years, as China and Spain are embracing its 45th anniversary of establishing bilateral relations.

This visit will be a milestone for China-Spain ties.

China and Spain enjoy time-honored and everlasting friendly exchanges. The two countries had conducted trade of commodities and people-to-people exchanges before the era of the great geographical discoveries in the 15th century. Since the medieval period, Spain has become an important window to spread the Chinese civilization to Europe.

The two countries support each other on issues of their core interests, and share common interests on major international and regional issues. The two economies are highly complementary and the prospect for cooperation is broad. In addition, bilateral trade and two-way investment are also on steady growth.

At present, China is Spain's largest trading partner outside the EU, while Spain remains the sixth biggest trading partner of China within the EU. The bilateral trade volume has grown to over $30.9 billion in 2017 from $12 million in 1973 when the two countries just established diplomatic ties.

In recent years, Spain has witnessed a rising number of Chinese tourists and students, and the interests of the two peoples in each other’s cultures are also soaring.

Earlier this year, Spanish has been officially included in China’s high school curriculum by the Chinese Ministry of Education and will be taught from this fall. 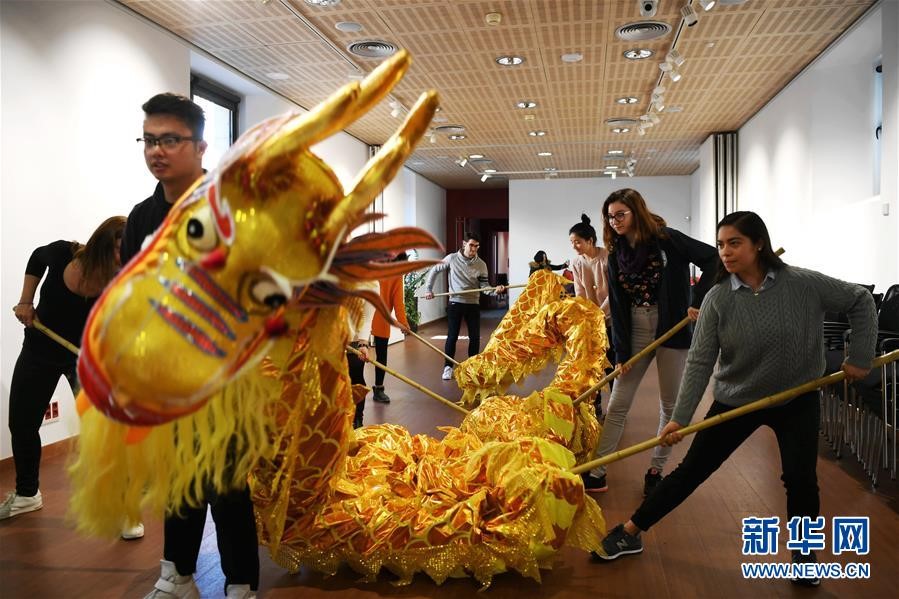 Students from a Confucius Institute rehearse for a dragon dance performance held at a temple fair in Barcelona, Spain, during the 2018 Spring Festival. (Photo: Guo Qiuda/Xinhua)

Meanwhile, the Spanish people also have great enthusiasm for learning Chinese. Currently, there are eight Confucius Institutes and nine Confucius classrooms in Spain, receiving more than 40,000 local students. The annual number of Spanish learner sitting Chinese proficiency tests has exceeded those of other European countries since 2011.

Under the care and support of leaders of the two countries, China-Spain relations are facing new opportunities. Spanish King Felipe VI said the Belt and Road Initiative will accelerate global economic growth, and Spain is willing to take part in Belt and Road cooperation in infrastructure construction, energy and other fields.

Governments, industry associations, and enterprises of the two sides are currently implementing the important consensus on deepening bilateral pragmatic cooperation and exploring third-party markets under the framework of China-Spain Joint Economic and Industrial Cooperation Committee. 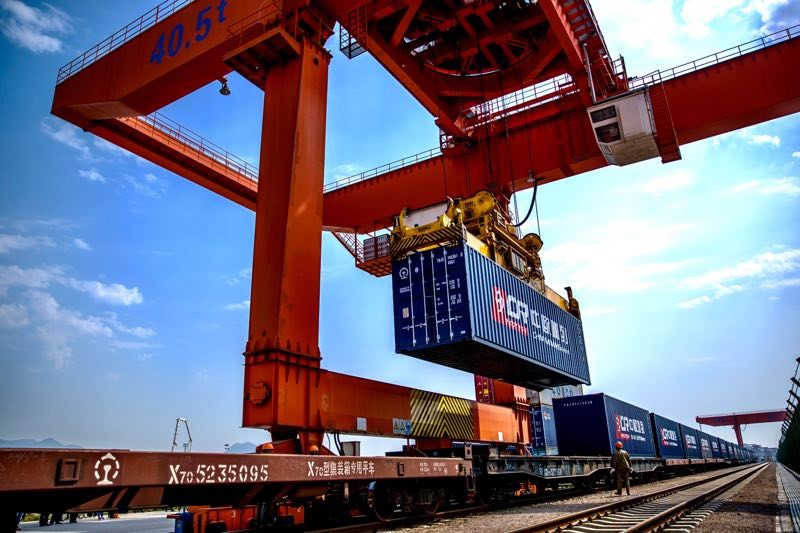 Workers load containers onto a cargo train which is about to depart from Yiwu, east China’s Zhejiang province, for Madrid, Spain. (Photo: Shi Jiamin/People’s Daily Online)

The Yiwu-Madrid freight route (Yiwu-Xinjiang-Europe) has further boosted trade between China and Spain and enriched material lives of the two peoples since its opening at the end of 2014. About 570 trains have travelled on the cargo line, transporting nearly 46,000 TEUs.

During Xi’s visit, the two countries are expected reach a series of important consensus in multiple fields, and elevate China-Spain relations onto a new stage.

It is hoped that the trip will serve as an opportunity to further boost bilateral exchanges and cooperation in various fields and open new prospects for China-Spain comprehensive strategic partnership.