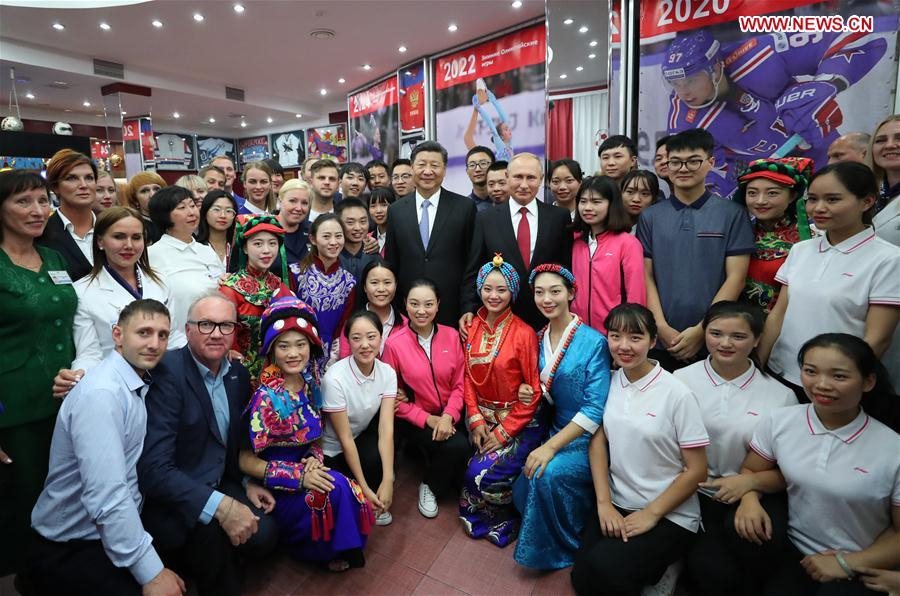 Chinese State Councilor and Foreign Minister Wang Yi said Wednesday that the close contact between Chinese President Xi Jinping and Russian President Vladimir Putin and the strategic guidance of the two leaders will serve as a powerful engine for the development of bilateral relations.

Wang noted that Xi has made seven visits to Russia as president and had three meetings with Putin in four months.

The close relationship is forged with strategic, long-term intentions, that sets an example for major power relations, Wang added.

The Chinese foreign minister stressed that Xi and Putin place great importance on the traditional friendship and he believes it can be seen in the two leaders' visit to Russia's "Ocean" children's center.

10 years ago, the center brought in more than 900 Chinese children to recuperate from the disastrous 2008 Sichuan earthquake. Wang recalled that Xi called for more of these kinds of local-level exchanges, to deepen the understanding of each other's culture during the visit.

Wang also said as each other's largest neighbor, China and Russia have plenty of reasons to cooperate.

He said Xi and Putin agreed to strengthen work between the Belt and Road Initiative and the Eurasian Economic Union and to expand cooperation in such fields as energy, agriculture, innovation and finance.

He also mentioned another important proposal made by President Xi that countries in Northeast Asia should build mutual trust to protect regional peace and realize integrated development.

And, in a wider context, Foreign Minister Wang added that Xi's Vladivostok trip is an important step toward building a shared future for mankind.