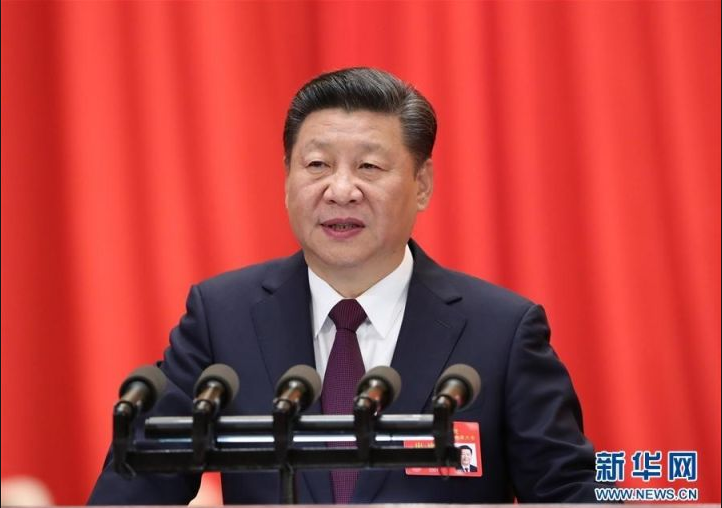 Xi Jinping delivered a report to the opening of the 19th National Congress of the Communist Party of China (CPC) on Oct.18, 2017. Photo: Xinhua

Xi Jinping Thought on Socialism with Chinese Characteristics for a New Era offers new insights into the improvement of the global governance system, international politicians and analysts said in reading signals from the 19th National Congress of the Communist Party of China (CPC).

China, under the leadership of the CPC, endorses the common values of the whole mankind, including peace, equity, justice, democracy and freedom, and advocates a world truly shared by all where international affairs are jointly managed, the world order is jointly built, and economic and social progress are shared.

HOLD FAST TO THE CONCEPT OF A WORLD SHARED BY ALL

China champions the development of "a community with a shared future for mankind", which has been widely accepted by the international community and become an important consensus of global governance.

Slovak Prime Minister Robert Fico spoke highly of Xi's innovative concept of promoting the establishment of a community with a shared future for mankind.

Lord Tu'ivakano, speaker of the Legislative Assembly of Tonga and former prime minister, said China's impressive feat is an inspiration to developing countries including Tonga.

China has over the past five years set its own independent course governed by a policy of development-for-all, said Michael Steger, president of the Bay Area Chapter of the International Schiller Institute. He attributed China's achievements to the strong Chinese leadership. His organization is a global political and economic think tank with headquarters in Germany and the United States.

Steger noted that China's willingness to blaze its own pathway, with an orientation to share the means of development, has now become a stabilizing factor for the world.

As China gradually steps up onto the stage to take part in global governance, international observers have recognized it as a responsible stakeholder.

Speaking on China's international leadership, Maksym Savrasov, head of the secretariat of Ukraine's ruling party Petro Poroshenko Bloc "Solidarity", said the achievements are vividly represented by the initiative on the construction of the Silk Road Economic Belt and the 21st Century Maritime Silk Road (the Belt and Road Initiative), which was put forward by Xi in 2013.

"We are convinced that this global initiative has an enormous potential. Today more than 65 countries are united around this idea," or more than 60 percent of the world's population, the Ukrainian lawmaker said.

Pakistani President Mamnoon Hussain, senior leader of the ruling Pakistan Muslim League-Nawaz, said: "The Belt and Road Initiative has been proved to be effective in addressing problems facing mankind. The government and people of Pakistan are willing to work together with the Chinese people to build a global community with a shared future." 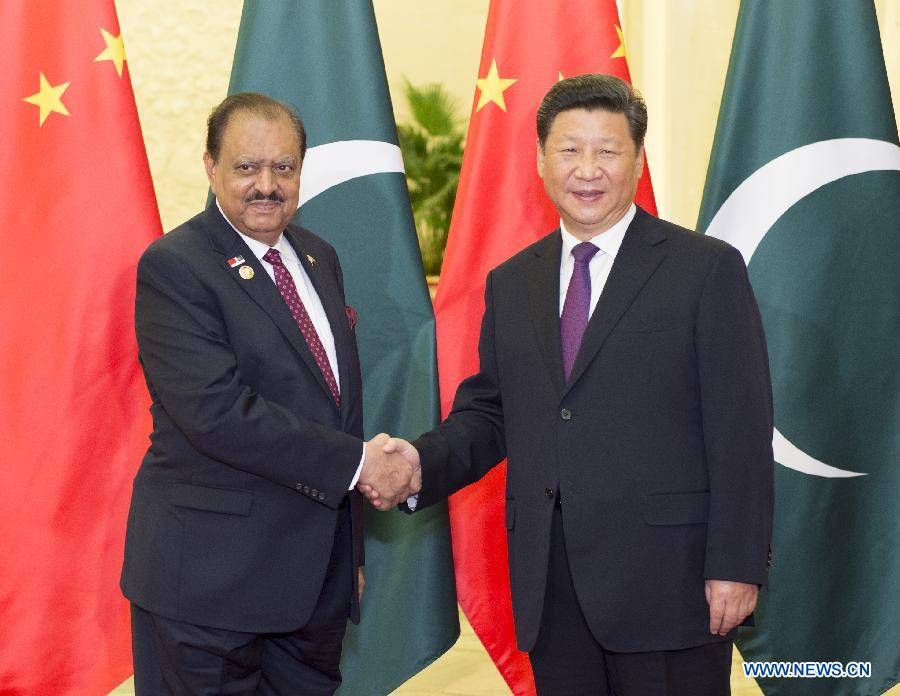 The Belt and Road Initiative "should be able to produce global public goods. I think it can be," said Harvard professor Joseph Nye.

Former Ukrainian President Leonid Kravchuk said the initiative is a good instrument to promote win-win cooperation and equal partnership around the globe.

"China firmly adheres to the policy of non-interference. It does not impose its lifestyle upon others, but promotes cooperation. The Belt and Road Initiative is the vivid confirmation to this," Kravchuk said.

As dozens of countries have joined the initiative, China has become "a major center of attraction" for all the people who wish to achieve development, said Mahmoud Raya, director of the "China in Arab Eyes" news website in Lebanon.

Over the years, China's proposals, ranging from the Belt and Road Initiative and the Asian Infrastructure Investment Bank, created to complement multilateral financial institutions like the World Bank and International Monetary Fund, to the strengthening of multilateral institutions such as BRICS and Shanghai Cooperation Organization, have provided alternative solutions to major issues in global development, said Xulio Rios, director of the Spanish Observatory of Chinese Politics.

China's success can provide other countries with inspiring experience in pursuing their own development and in promoting global peace and prosperity.

"Over the past five years, China has shown potential it has to the entire world," said South Korean ambassador to China Noh Young-min, noting that Beijing has also begun to turn into a key player in the international community for world peace.

"Most of the countries admire the Chinese experience," Raya from Lebanon added. "That's why China will always be an inspiration for all the countries looking for peace, security and advancement."