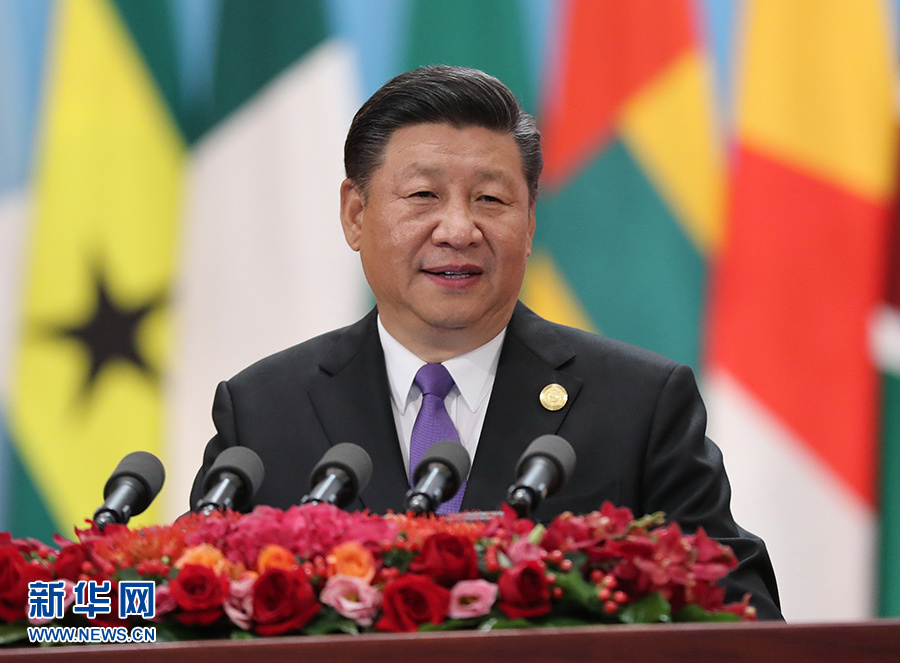 Chinese President Xi Jinping delivers a keynote speech at the opening ceremony of the 2018 Beijing Summit of the Forum on China-Africa Cooperation on September 3, 2018. (Photo: Xinhua)

Xi spoke highly of the "significant progress" made in African integration in the message.

Xi pointed out that under the leadership of the AU, African countries have been accordant in reacting to important international and regional issues, and Africa's global influence has been increasing steadily.

Xi also called last September's Beijing Summit of the Forum on China-Africa Cooperation a great success, stressing that China is willing to work together with Africa to move forward projects under the Belt and Road Initiative, and coordinate the implementation of the AU's Agenda 2063, the UN 2030 Agenda for Sustainable Development and various development strategies of African countries.

The Chinese president also called for the building of a closer China-Africa community with a shared future.