The 2019 Taiyuan Energy Low Carbon Development Forum opened Tuesday in China's coal-rich province, which attracted a number of participants from 22 countries and regions including the United Kingdom, the United States and Germany. 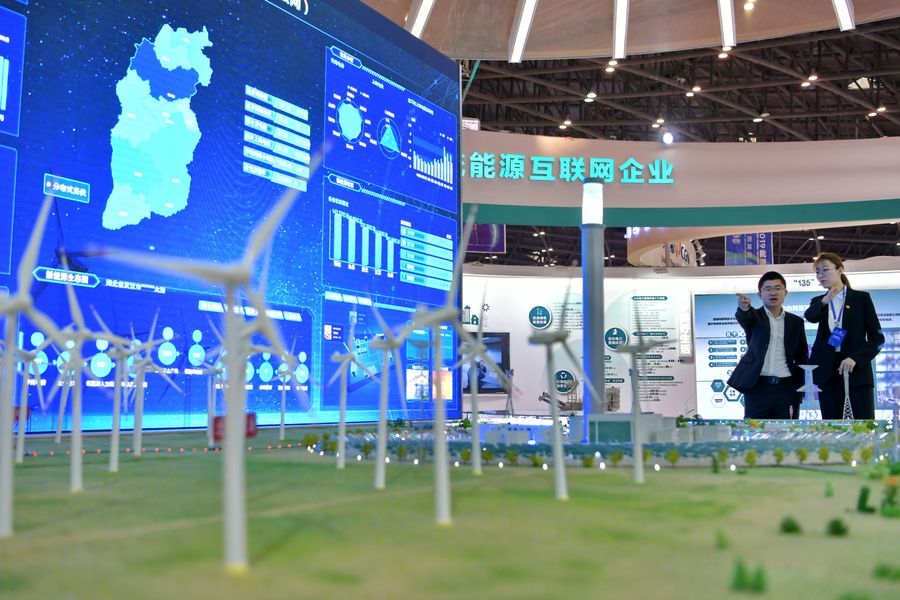 From wood to coal and then to wind, a collection of pictures and models recounting the evolution of energy sources were on display at an exhibition area spanning 36,000 square meters in Taiyuan, capital of northern China's Shanxi Province.

"It is also right for China to gradually restrict coal mining. It is laudable as well that China's employment in green energy has reached 43 percent," said Sobotka.

China has committed to reducing the carbon intensity of its economy by 60 percent to 65 percent by 2030, compared with the 2005 level, and increasing non-fossil fuel energy to 20 percent of its primary energy consumption by the same date.

As of 2017, China's carbon dioxide emissions per unit of GDP has decreased by 46 percent compared with 2005, according to Xie Zhenhua, China's special representative for climate change affairs. China has also cut 810 million tonnes of outdated coal capacity in the past five years.

In the city of Datong, hundreds of thousands of black photovoltaic panels spread at the top of mountains. Known as China's "capital of coal," the city is now taking a transition path towards renewable energy development.

In 2016, Datong established the world's first panda-shaped photovoltaic power station consisting of 170,000 photovoltaic panels. With an installed capacity of 100 megawatts, it is expected to generate 1.8 billion kwh of solar-powered electricity in 25 years, reducing 1.34 million tons of carbon dioxide emissions.

"China continued to lead the global clean energy development last year, adding over 20 gigawatts of wind power and more than 40 gigawatts of solar photovoltaic power," said Liu Zhenmin, UN under-secretary-general for economic and social affairs, at the opening ceremony of the forum. 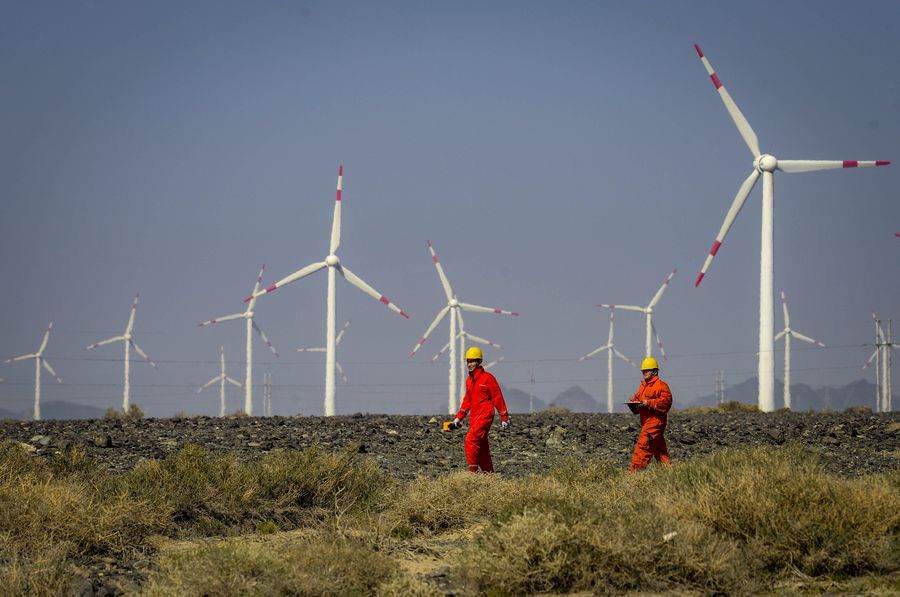 China's increasing environment-friendly development measures are not only reshaping its energy structure.

Zhang Zhongzhong, a villager from Zhaojiazhuang village in the city of Huozhou, said there were no longer smoke and dust in his tofu workshop after he replaced his decades-old coal stove with a gas-fuel stove two years ago.

Zhang is among the 58 tofu workshops in the city that have replaced coal-burning stoves with gas-burning ones, each receiving 20,000 yuan (about 2,800 U.S. dollars) of subsidies from the local government.

"A stove will burn several tonnes of coal a month. Although the cost of gas is a little bit higher, the workshop is cleaner," Zhang said.

According to the National Bureau of Statistics, the share of coal in China's total energy consumption dropped by 13.4 percentage points in 2018 compared with 2005.

"In our ever more interconnected world, energy transition is a global and inter-generational process. We need to think, learn and grow together the sunrise industries of the future," said Alan Searl, China Cooperation Program manager, International Energy Agency.

Electric vehicles have a remarkable presence in inland and less-developed Shanxi. Taiyuan has now over 8,290 electric taxies in operation. It is the world's first city with a fully electrified taxi fleet. 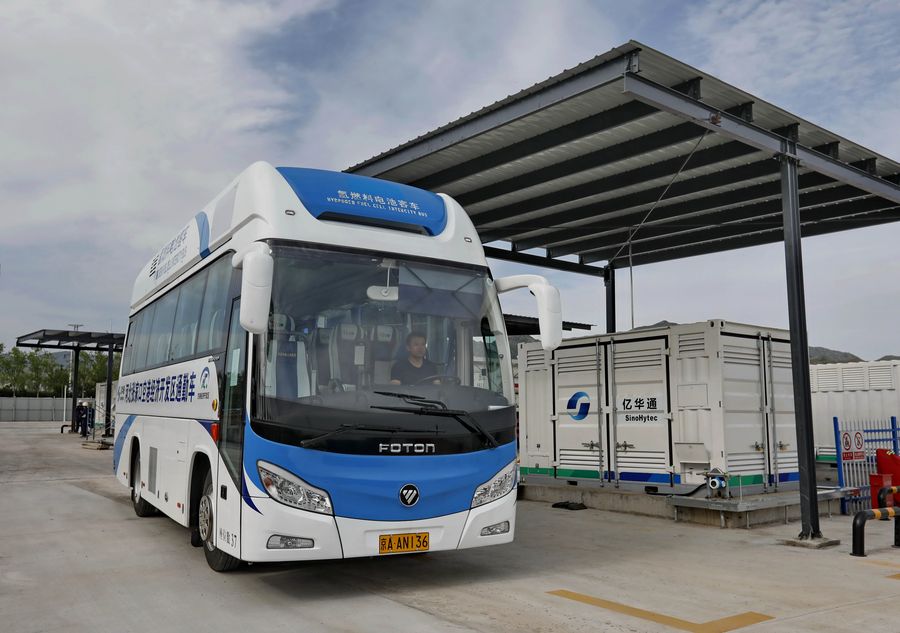 The "capital of coal" is developing a full industrial chain for hydrogen fuel-cell vehicles.

Nationwide, according to the development plan of China's strategic emerging industries released in 2016, the annual sales of new energy vehicles in China is expected to exceed two million units in 2020, with the total sales reaching more than five million units.

Meanwhile, a number of enterprises with international competitiveness in the new energy vehicle industry will be established between 2016 and 2020, according to the plan. 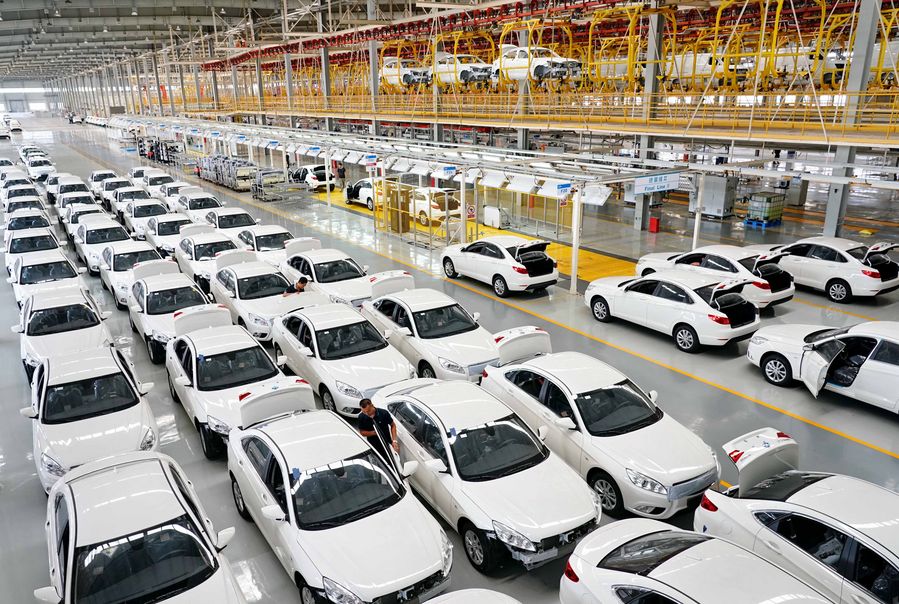 Takekawa Tohmei, President of Global Consortium for Energy and Environment, said in the field of hydrogen energy, Toyota, JXTG and other Japanese enterprises have begun to cooperate with China's coastal areas in fuel-cell vehicles and operation of hydrogen stations.

"We hope that Shanxi Province will expand its exchanges and cooperation with Japanese enterprises and learn from Japan's experience," said Takekawa Tohmei.

Moreover, after commencing a relationship in 2015, the U.S. Gas Technology Institute and Shanxi Yangquan Coal Industry Company have partnered to design, build and demonstrate an advanced coal gasification technology in Yangquan city.

"This is an excellent example of international cooperation to advance technologies that can help solve the dual challenge of 'more energy, less carbon'," said David Carroll, President and CEO of the Gas Technology Institute.