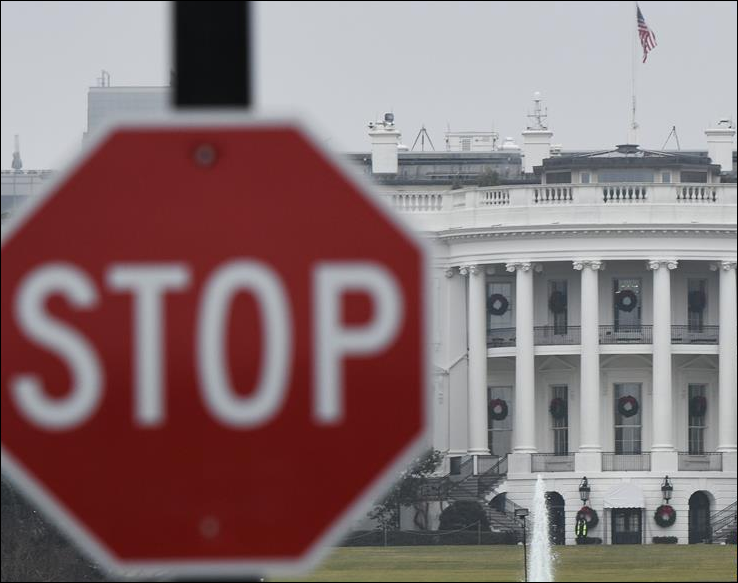 On March 8, the United States announced tariff hikes on steel and aluminum imports from many of its trading partners, followed by steep additional tariffs later in the year against Chinese imports.

The protectionist moves sparked a spiral of extensive trade disputes, which undermined global free trade and rules-based multilateralism, provoking sharp criticism and countermeasures by other countries.

China Opens Up Further To World

On April 10, Chinese President Xi Jinping announced, at the Boao Forum for Asia, measures that would allow China to open up further, and in November he attended the first China International Import Expo in Shanghai.

In December, addressing the conference in Beijing marking the 40th anniversary of China's reform and opening-up, Xi urged sustained efforts to open up further and push for a community with a shared future for mankind.

The repeated message of China's further opening-up injected strong energy into international efforts to build an open global economy. It was consistent with Xi's calls for efforts to build an open regional economy at the Nov. 17-18 Asia-Pacific Economic Cooperation (APEC) leaders meeting, and to stay committed to openness, cooperation and trade multilateralism at the Nov. 30-Dec.1 Group of 20 (G20) summit in Argentina.

Situation on the peninsula has taken a turn for the better this year, as Kim paid three visits to China and had three North-South summits.

On June 12, the first ever Pyongyang-Washington summit took place, with Kim meeting with U.S. President Donald Trump in Singapore and reaching consensus on the peninsula's denuclearization and peace regime. The peninsula saw a detente under international efforts, with confrontation turning into dialogue. Meanwhile, differences over sanctions and how to denuclearize, among other issues, remain challenges to the peace process.

On May 14, the United States moved its embassy in Israel to Jerusalem, provoking fierce protests from the Palestinians and widespread international condemnation, and worsening regional tensions.

In October, the murder of Saudi journalist Jamal Khashoggi at the Saudi consulate in Istanbul caused global concern and affected relations between major stakeholders. In late December, Washington said it would withdraw its troops from Syria, where fighting continued despite an easing of tensions.

Geopolitical "games" were fueled in the Middle East turbulence, involving major rivals from within and outside the region and increasing the risk of further destabilizing the Gulf.

Among the results were China-Russia ties remaining at a high level, the China-Europe bond strengthened, and the situation in China's neighborhood improved. Moreover, South-South cooperation has increased with more than 50 countries and international organizations signing a memorandum of understanding on Belt and Road Initiative cooperation with China. "Xiplomacy" has helped China achieve win-win cooperation with the rest of the world and play a larger role.

On Sept. 28, a magnitude 7.4 earthquake hit Indonesia's Central Sulawesi province and triggered a tsunami, causing the heaviest casualties in the year's natural disasters worldwide, with 2,073 people killed, some 680 missing and presumed dead, and 10,700 injured.

On Nov. 13, Britain arrived at a draft Brexit agreement with the European Union (EU), and on Nov. 25, the EU leaders officially approved the deal amid iterated opposition in Britain.

In mid-December, the British parliament vote on the Brexit deal was delayed, and Prime Minister Theresa May survived a no-confidence vote within her own party one day after her efforts to seek to re-negotiate with Brussels failed.

Brexit-related arguments were laden with rivalries either between London and Brussels or between British political groupings. Uncertainties remain as the Brexit deadline of March 29 draws near.

On the weekends from Nov. 17, French demonstrators wearing yellow vests usually worn by drivers took to the streets to protest rising fuel prices that have resulted from the government's tax hikes.

Protests in Paris and other cities became violent with robberies and arson attacks staged by extremists and rogues, leading to the arrest of thousands. French President Emmanuel Macron announced social measures to appease the public. The chaos has harmed the French economy badly and spread to other countries including Belgium, indicating deep-seated problems such as economic and social gaps in Europe.

On Dec. 1, Chinese President Xi Jinping and U.S. President Donald Trump met in Buenos Aires on the sidelines of the G20 summit, and reached important consensus. In directing efforts to solve the problems that may affect ties, they agreed to jointly promote a China-U.S. relationship based on coordination, cooperation and stability, and promote exchanges and cooperation in various fields to achieve more results.

On trade issues, the two sides reached a principled consensus, including halting additional tariffs, making efforts toward returning to talks to settle disputes. This has created positive expectations for the global economy and trade.