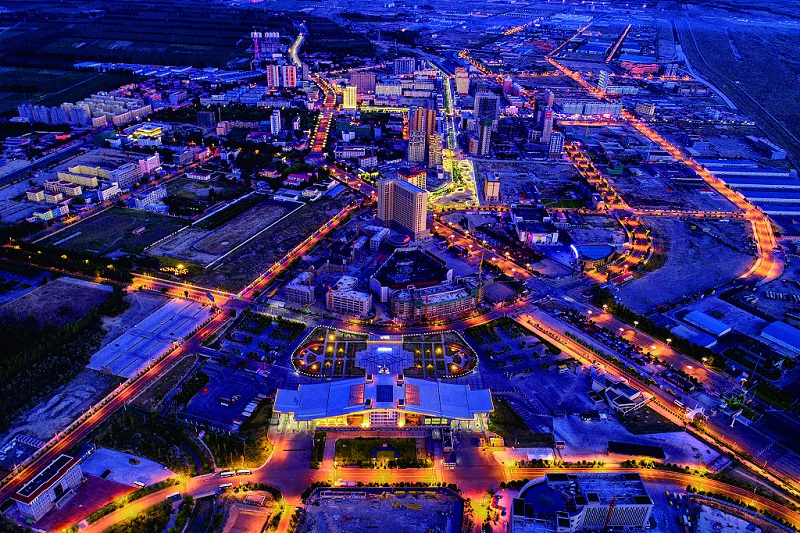 The total freight volume of the trains reached 2.03 million tonnes with a value of $13.68 billion.

The 1,668 outbound trains were from Chinese cities including Lianyungang, Zhengzhou, Chengdu and Chongqing, carrying goods like machinery, garments, home appliances, auto parts and furniture. The 387 return freight trains were from countries including Germany, Poland, Uzbekistan and Kazakhstan.

"The port handles the passage of six trains per day, with the average stay time for each train at the port halved to 22 hours," said Zhao Qiang, a Horgos port customs clerk.

Horgos literally means "a place where caravans pass," and it used to be a trading post along the northern route of the ancient Silk Road.

The Belt and Road Initiative proposed in 2013 has provided Xinjiang with a significant opportunity to open-up and boost economic cooperation between China and other countries thanks to its geographic advantage.