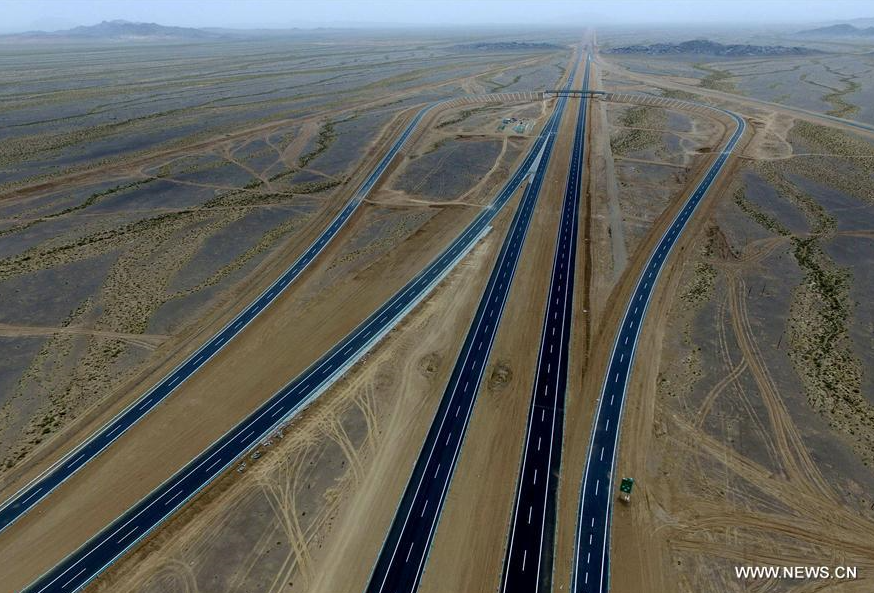 Northwest China's Xinjiang Uygur Autonomous Region spent 201.5 billion yuan (31.3 billion US dollars) on building or improving roads in 2017 as the region strives to become a transportation hub on the Silk Road Economic Belt. More than 183 km of new expressways, 1,404 km of national or regional highways, and 28,400 km of rural roads have been built. And roads in 200 townships, and 1,900 villages have been improved, benefiting about 3.5 million people, the regional transport department said on Tuesday. By the end of last year, the total length of roads in Xinjiang reached 186,000 km, with 4,578 km of expressways. Fourteen cities in the region have been connected with expressways. Xinjiang is positioned as a key area for opening up to the west and a "core area" on the Silk Road Economic Belt, part of the Belt and Road Initiative.