China and countries in Central Asia have witnessed a boom in  trade volume with oil and gas in particular, a yellow book said. 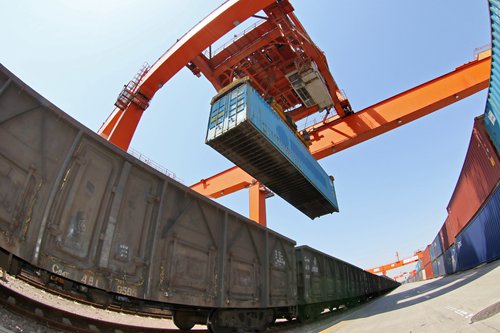 The report said that China and countries in Central Asia have been witnessing a booming trade volume, which is especially prominent in the energy sector. In 2018, Central Asian countries are expected to exported 50 billion cubic meters of natural gas in total, a 30 percent increase from the previous year, according to the yellow book.

According to the report, 2018 represented a turning point for China's relations among Central Asian countries, and the warming up of relations was due to rising policy support including the iconic Belt and Road initiative.

Other countries' moves, such as Uzbekistan's policy shift to prioritize building benign relationships with its neighboring countries, was also warmly welcomed in the region and had a positive impact on regional development.

The report said that in 2018,  cooperation between China and Central Asia became more active and diversified. Both intra trade and direct foreign investment in the region grew steadily, particularly in sectors such as e-commerce and tourism attracted ever more attention.

Development progress in Central Asia varied in 2018. Noticeable progress was made in economic development and public welfare, but the region remained marginalized from the global development perspective, the report concluded.