A total of 27 Lebanese young people on Sunday took part in a Chinese singing competition in Beirut to show talent and their Chinese language skills. 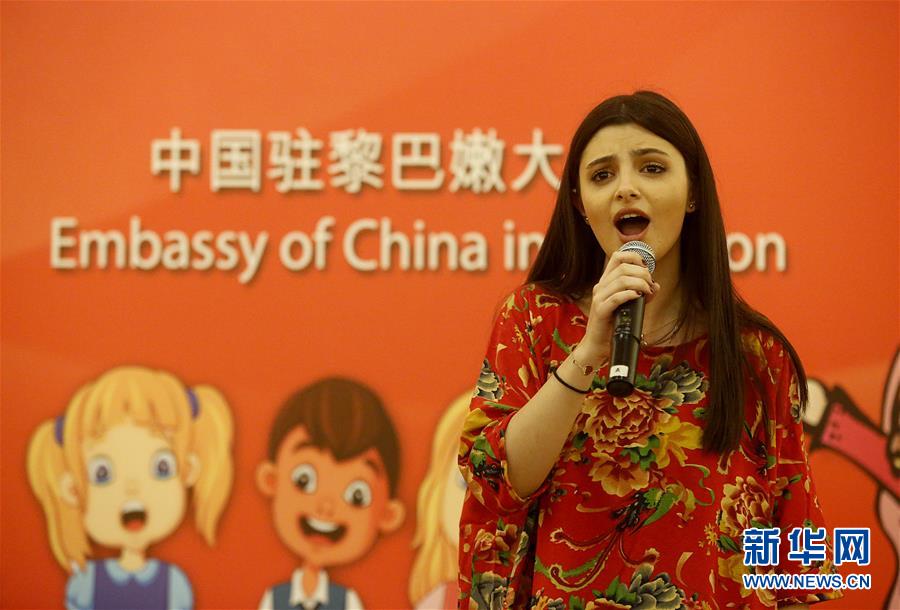 The Second Session of the Ambassador's Cup Chinese Singing Competition for Lebanese Students was participated by two groups of young people, one under the age of 13 and the other above 15.

Mariam El Amine, 11, ranked the first in the children's category. "This is a very nice experience. It allows us to learn about another country and its culture," she said, adding that she will continue practicing Chinese.

Serena Jelwan, 18, won the first place in the other group. She said that Chinese songs have helped her enhance her Chinese language skills.

Chinese Ambassador to Lebanon Wang Kejian said, "We hope that such kinds of activities will allow the Lebanese to learn more about China and understand its culture better, so that they can make greater contributions to the cultural exchange between China and Lebanon."

Lebanon young people have been demonstrating an ever growing interest in learning Chinese during the past few years. Several universities in the country opened Chinese courses and some offering degrees in Chinese language.