PRAGUE, Jan. 25 (Xinhua) -- Czech President Milos Zeman said he supports companies to participate in the China-proposed Belt and Road Initiative and firmly hopes it would help boost the country's industries such as railways and real estate. 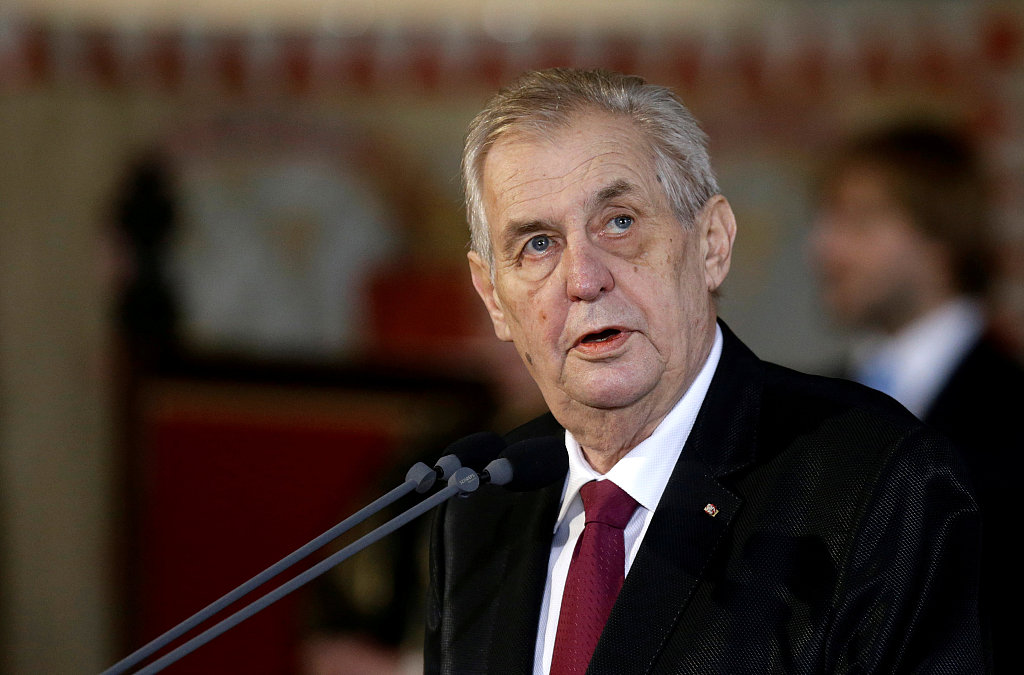 Zeman made the remarks in an interview with Xinhua here on Thursday. He said he has a dream that the "new Silk Road will lead through the Czech Republic to Western Europe."

The Belt and Road Initiative (BRI), also known as the Silk Road Economic Belt and the 21st Century Maritime Silk Road, aims to build a trade and infrastructure network connecting Asia with Europe, Africa and beyond along the ancient trade routes of the Silk Road.

Praising BRI, a big infrastructure project in modern history, as a wonderful initiative, Zeman said  courage is needed for such a project.

As for China's development, Zeman said China is a major country in both a political and economic sense. He said China has been successful in increasing the standard of living of the people, and the middle class is growing in the country.

He said the number of Chinese tourists in the Czech Republic increased by 30 percent last year. "A very good figure," Zeman said.

Zeman has also stressed that his country adheres to the one-China policy.