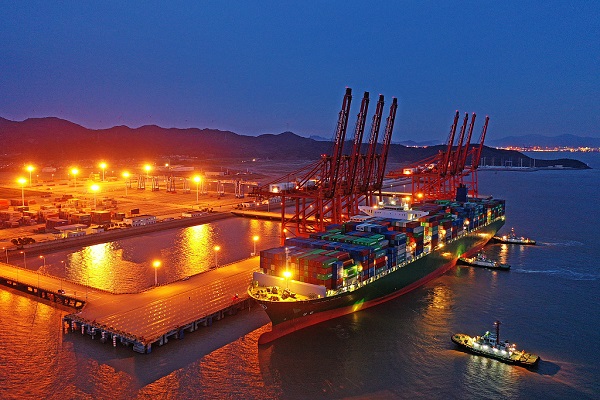 This container vessel is new to the port, running along the eastbound line of the Evergreen red sea route. This route runs between Singapore, Malaysia, Saudi Arabia, Egypt and other countries along the Belt and Road.

Officers of Zhoushan Customs first approached the procedures for ship entry and exit, health quarantine and container inspection and release after the container vessel arrived in the port in the evening of Sunday.

China’s investment in countries and regions along the Belt and Road has continued to grow and the volume of trade has continued to increase, which has also promoted the continuous development of Ningbo Zhoushan Port, the world’s largest port. 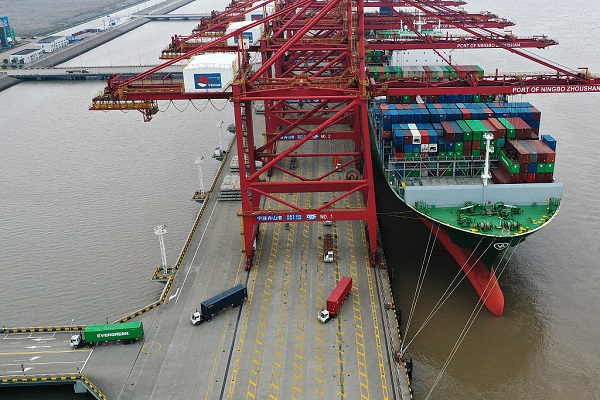 The sea-rail transport business of Ningbo Zhoushan Port has leapfrogged from 59,000 TEUs in 2012 to 600,000 TEUs in 2018 with an annual growth rate of more than 40 percent after the Belt and Road Initiative was proposed.

The port has become the biggest one on sea-rail transport business in south China and an important hub along the Silk Road Economic Belt.