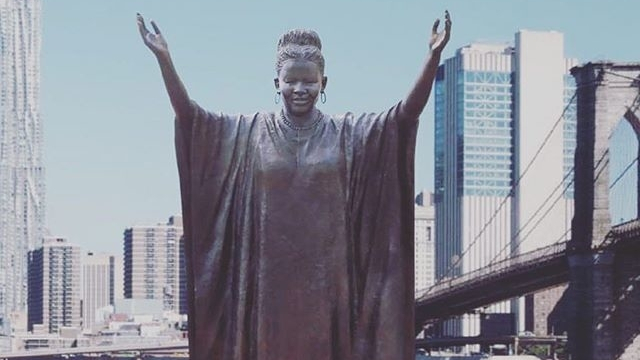 A Zimbabwean-born academic who taught herself to read from her brother’s schoolbooks is among several prominent women being immortalized in bronze as part of an effort to balance gender representation in art.

“We know that 3% of statues in the city are female,” Ms. Trent said. “My great-grandmother, my grandmother, my mother – ha! – they would never have dreamt of something like this.”

The exhibit was developed by husband-and-wife team Gillie and Marc Schattner. The couple said the installations of inspirational women are an attempt to balance gender representation in public art.

Trent added that “There were so many things that shaped the denial of education for young women like me – poverty being one of them, and the colonial system that never valued education,” she said.

She says growing up in rural Rhodesia – as Zimbabwe was then called – she noticed a key divide from early on.

“In the whole village, only men could read and count, and the majority of women could not. And yet some of these were brilliant women,” Ms. Trent told the BBC.

“I always say that if she had had an education maybe she would have become one of the best gynecologists in my community, if not the whole world.”