BRI NEWS Zoom in on Shaanxi: Communing With Nature

Zoom in on Shaanxi: Communing With Nature

Shaanxi Province, which is long and narrow in its topography, boasts a wealth of unique landforms, such as mountains, waters, plateaus, and plains, and integrates the northwestern scenery with the southern scenery to create a colorful and fantastic view. 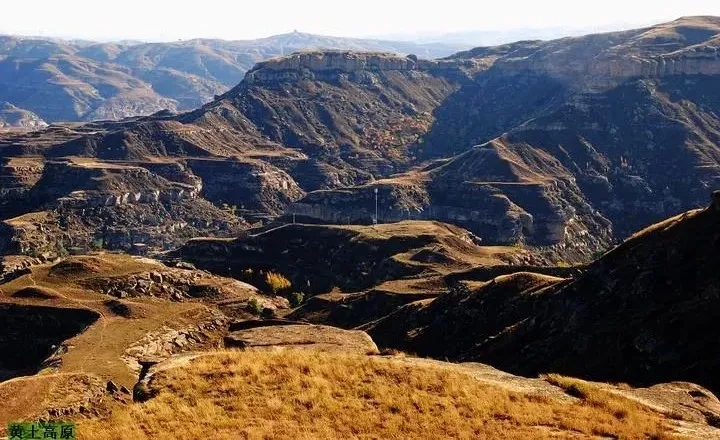 Northern Shaanxi, boasting of continuous mountains and valleys, is a majestic view.

A 400km-long section of the Qinling Mountain range runs across the Guanzhong region where the plains and plateaus interlace with each other.

There are so many spectacular sites created by Mother Nature.

The Yellow River, flowing through 3 cities and 13 counties in Shaanxi, surges and roars to showcase its magnificent charm. When passing the Qinjin Canyon in Yanchuan, it makes a 320-degree turn and forms the Qiankun Bay, honored as the "No 1 Bay of the Yellow River". Hukou (means kettle mouth in Chinese) Waterfall is China's 2nd biggest waterfall and the world's biggest yellow waterfall. 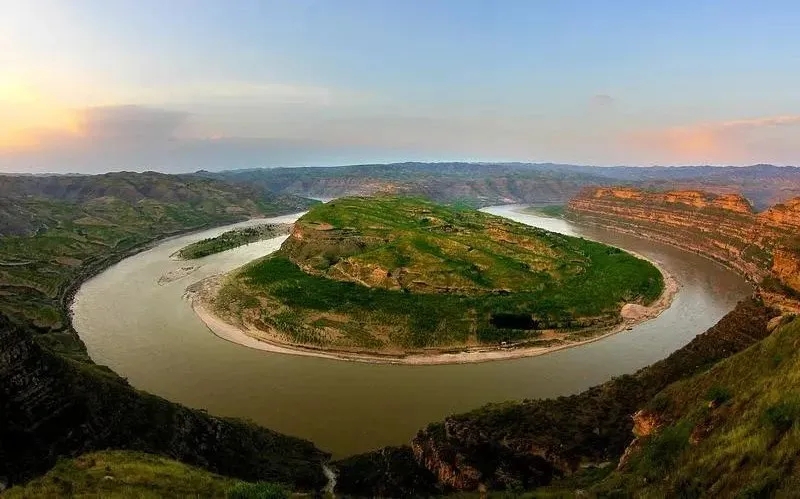 The Weihe River, also called Weishui River in ancient times, is the biggest branch of the Yellow River. Boasting gorgeous scenery on both banks, it winds through the Guanzhong Plain eastward before passing by the Tongguan Pass. Weihe River Ecological Corridor has become a leisure and relaxation resort for nearby residents. 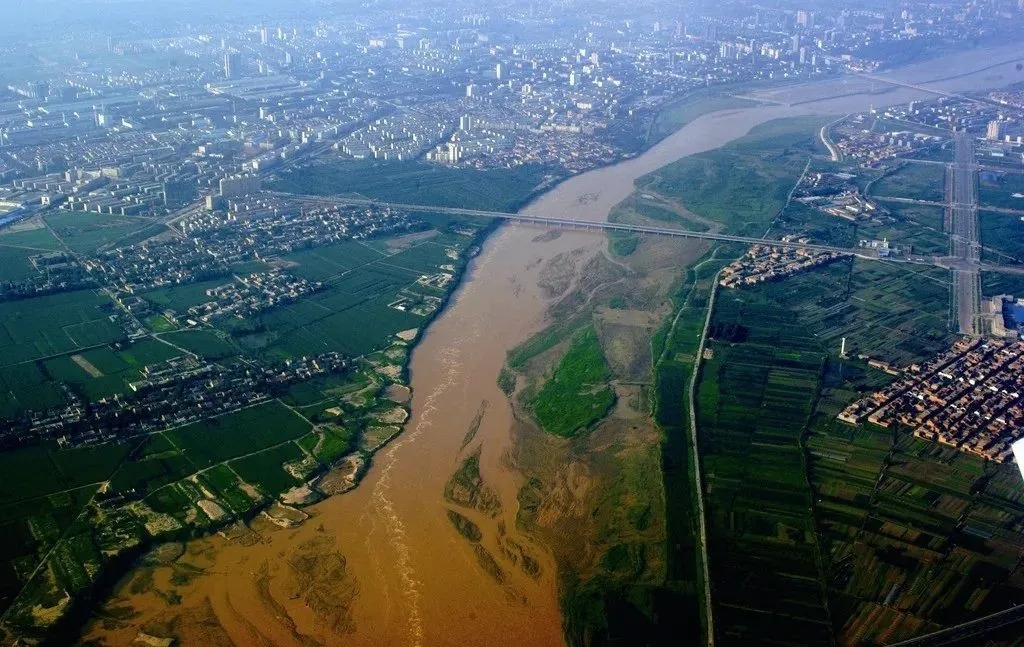 The Hanjiang River, the biggest branch of the Yangtze River, is a big river with the highest quality in central China. The Hanjiang River is believed the only unpolluted big river in China. It is an important water source for the South-to-North Water Diversion Project.

As a huge east-west range in central China, the Qinling Mountain range extends for more than 1,600km in length and 10km to 200km or 300km in width. Being a vast, grand and majestic mountain, it is also called the "National Central Park of China" on account of its special geographical position and mysterious biological features.

In 2009, Shaanxi Qinling Zhongnanshan Geopark was listed as one of the World Geoparks. Thanks to its unique position in China's culture and culture, the Qinling Mountain range is esteemed as the "dragon vein" of Chinese civilization. 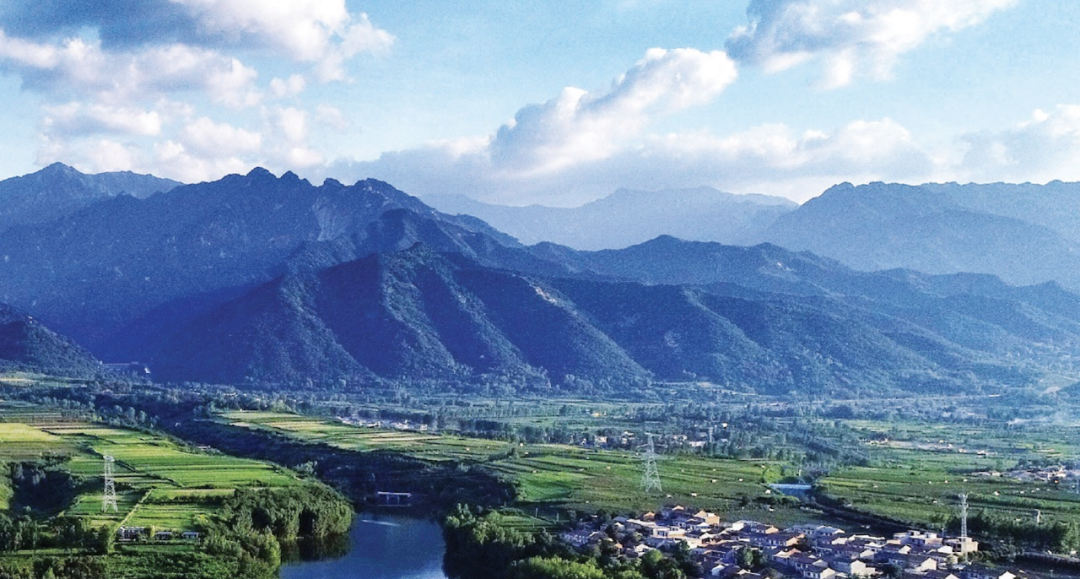 Mount Taibai, the highest peak of the Qinling Mountains, stands at the north of Qinling Mountains and extends across three counties -Meixian county, Taibai county and Zhouzhi county. It is the highest peak to the east of the Qinghai-Tibet Plateau. Its summit, Baxiantai, has an altitude of 3767.2 meters. Since ancient times, Mount Taibai has been famed for its height, cold, steepness, fertility and mystery. Its so-called "Summer Snow" is one of the top 8 scenic attractions of Chang'an. 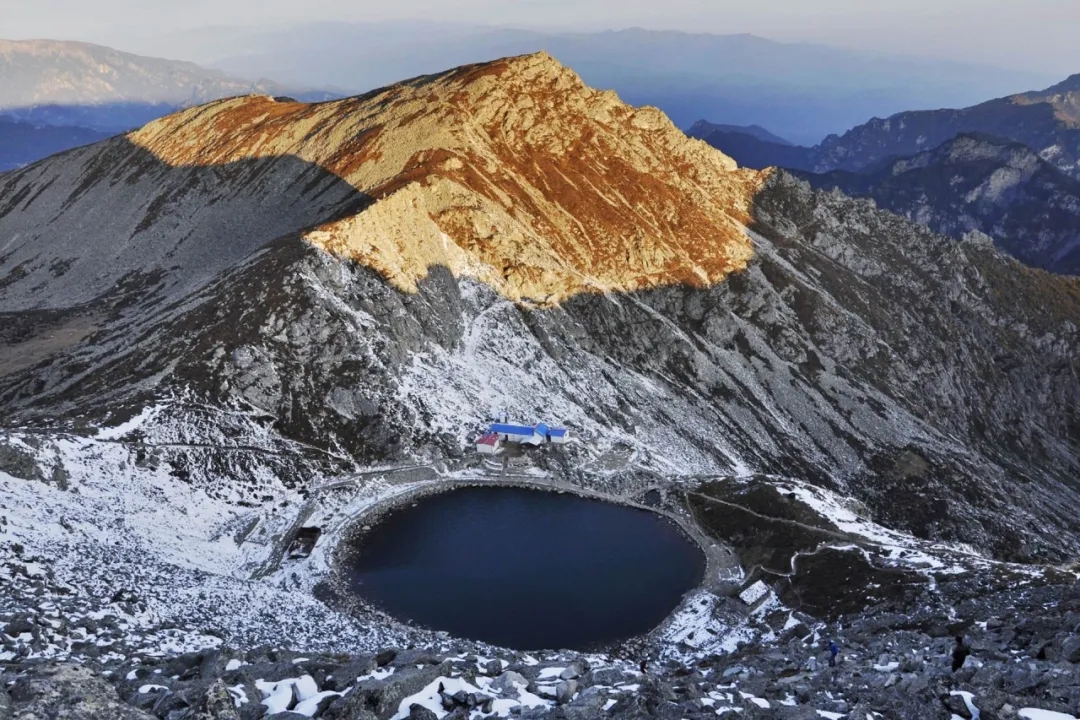 As one of the five famous mountains in China, the Huashan Mountain, which has an altitude of 2,154meters, is located in Huayin City. Being an upright, steep mountain perennially capped with clouds, it is guards the plain in the Great Northwest. It has long been given the name of "The Number One Most Dangerous Mountain under Heaven". 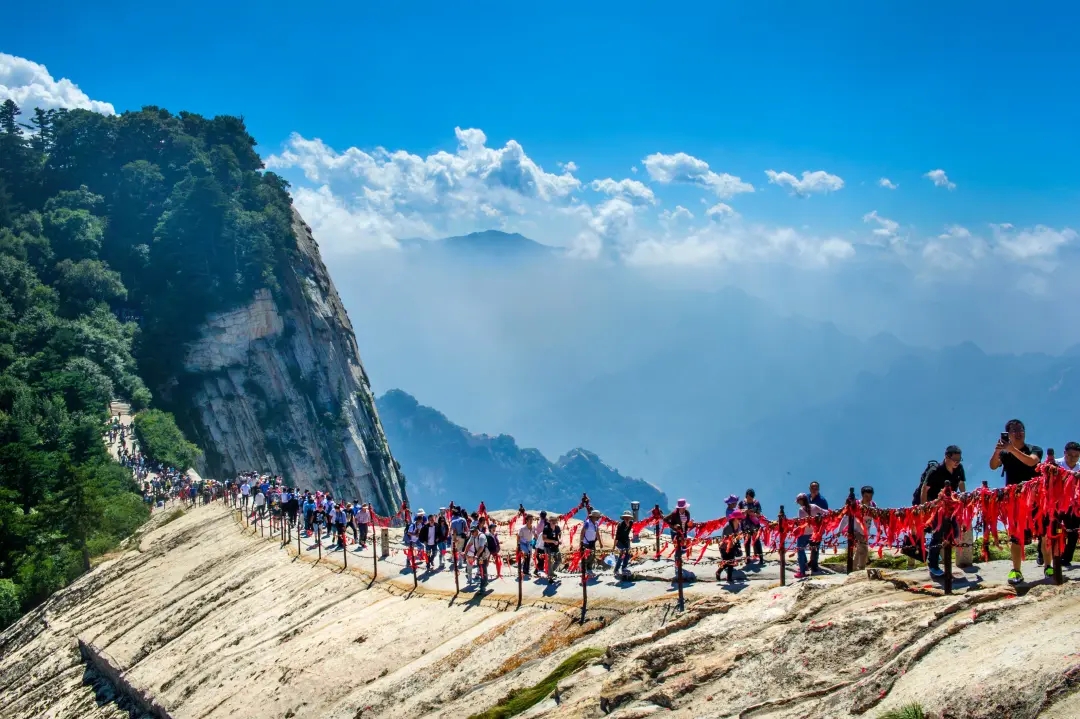 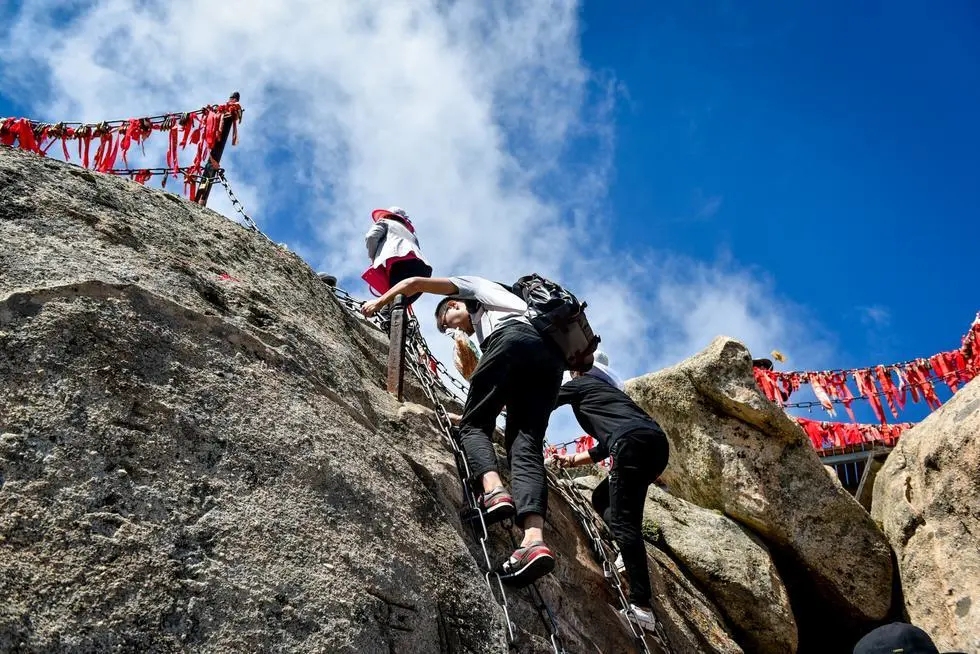